The updated CB500X is available in a new Pearl Organic Green/Black colour as well. 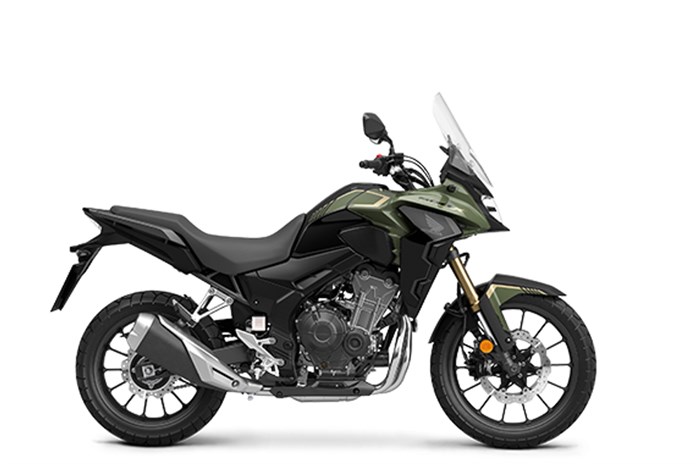 The 2022 Honda CB500X has been unveiled and it features a few, but significant updates. To begin with, Honda has made changes to the front suspension by replacing the telescopic fork with a new, non-adjustable 41mm, Showa SFF-BP USD fork. This should play a role in improving feedback from the front end while being absorbent over bad roads with its 132mm suspension travel.

Honda has also swapped the front wheel with a new aluminium one that's 100gm lighter than the previous one. You'll also notice another significant change at the front in the form of a new braking set-up. The 310mm single disc has been replaced with two, 296mm discs with twin-piston Nissin calipers. Rounding off the list of mechanical changes is the new swingarm that’s about 1kg lighter than the previous unit but just as strong, says Honda.

Adding a breath of fresh air to the Honda CB500X is the ‘Pearl Organic Green/Black’ colourway that’s new for 2022.

The 2022 Honda CB500X is expected to go on sale in India soon. It’ll be interesting to see if the company prices the bike at a higher price than the Rs 6.87 lakh that the current CB500X asks, which is on the higher side.

What are your thoughts on the updated Honda CB500X? Let us know in the comments section.