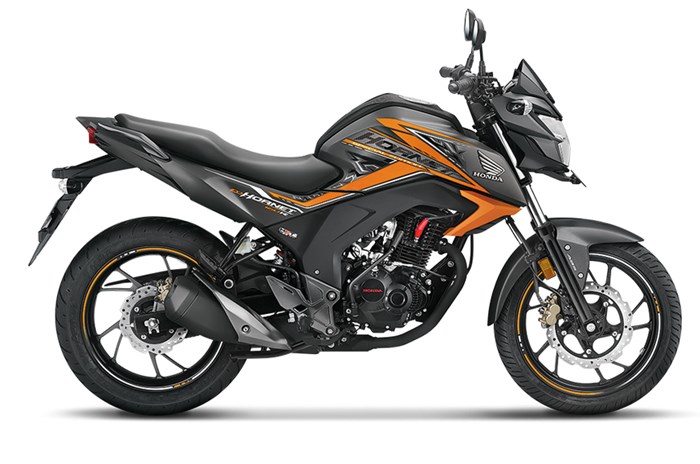 Honda has silently launched the 2018 CB Hornet 160R in India. The new bike will be available in four variants with prices ranging from Rs 84,675 to Rs 92,675 (all prices ex-showroom, Delhi). The updated version was showcased at the 2018 Auto Expo. It now gets styling updates and receives ABS as an optional extra.

The styling of the new motorcycle is similar to its predecessor, but it now gets new colour options and restyled graphics. The design highlight is the inclusion of an LED headlight, which makes it the second motorcycle in the 160cc segment (after the Honda X-Blade) to feature it. The all-digital console has been carried forward but now features redesigned housing, and the backlight is now blue instead of amber. However, it misses out on the gear position indicator seen on the X-Blade.

Mechanically, the new motorcycle is similar to the older bike. Powering it is a 162.7cc, air-cooled motor which develops 14.9hp at 8,500rpm and peak torque of 14.5Nm at 6,500rpm. Transmission duties are handled by a 5-speed gearbox. The 2018 CB Hornet 160R also becomes the first motorcycle in its segment to feature ABS as an optional extra. The ABS system used on the CB Hornet 160R is a single-channel unit. Honda is selling two versions of the ABS-equipped motorcycle with the DLX model costing Rs 2,500 more than the STD model as it gets a rear disc brake.

The base version gets drum brake at its rear and there’s a CBS variant, too. The diamond-type chassis continues untouched with the same telescopic front forks and a rear monoshock. The 2018 Honda CB Hornet 160R competes against the likes of the Suzuki Gixxer, TVS Apache RTR 160, Yamaha FZ-S FI and the Bajaj Pulsar NS 160. The new motorcycle is expected to arrive at dealerships by early April and bookings will also commence around that time period.