The Panigale V4 R is the most powerful production bike built by the legendary Italian marquee. 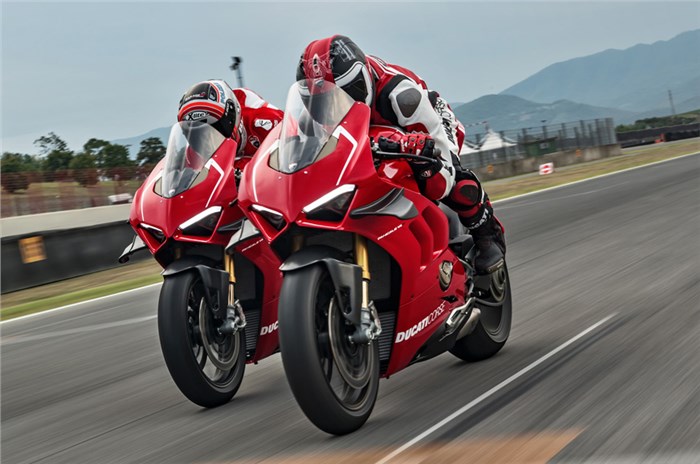 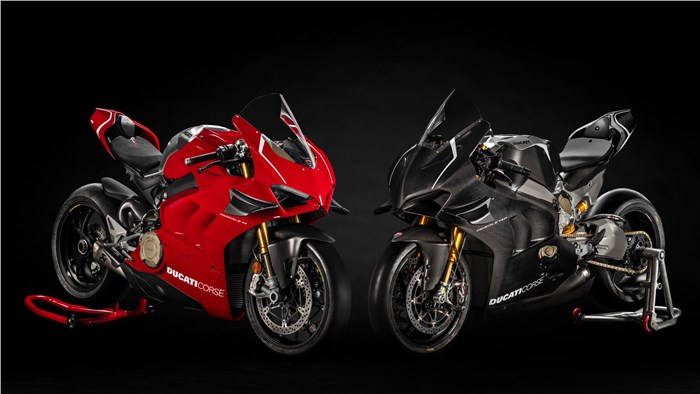 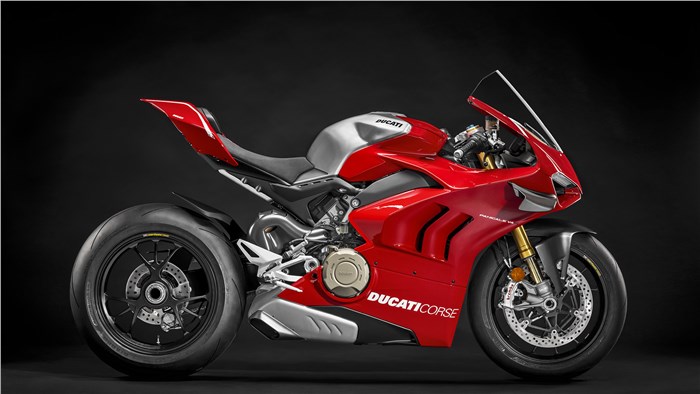 Ducati has showcased the new Panigale V4 R, the Italian brand’s latest homologation race bike. It is powered by a 998cc motor that adheres to homologation rules for the WorldSBK Championship.

Ducati has utilised its expertise from the world of racing in the development of the new superbike. The motor is a derivative of the Ducati Desmosedici GP racer, with identical bore and stroke, and employs titanium connecting rods. This V4 unit churns out 221hp at 15,250rpm and 112Nm of peak torque at 11,500rpm. And if that wasn’t enough, there’s an aftermarket Akrapovic racing exhaust system that bumps the power output to an incredible 234hp at 15,500rpm. This makes the Ducati Panigale V4 R the most powerful production Ducati motorcycle to ever go on sale.

Special attention was given to keep the weight as low as possible and by employing lightweight materials in the powerplant and other components, the Panigale V4 R weighs just 193kg (kerb weight). The frame is similar to the V4 S and is suspended on titanium-nitride-coated 43mm Öhlins NPX 25/30 fork at the front and on Öhlins TTX 36 shock at the rear. Mechanical suspension was chosen over an electronic setup for weight reduction purpose and, along with the forged aluminium wheels, Ducati has managed to shave off 0.7kg. Anchorage is provided by radial-mounted, four-piston, Brembo Stylema calipers.

The Ducati Panigale V4 R is the first production Ducati motorcycle to come fitted with winglets as seen on its MotoGP machines. According to the Italian brand, the wings produce 30kg of downforce at 270kph. Also, the new flyscreen is higher and has a steeper angle. The bike’s wider fairing has larger side vents, which has increased engine cooling by 16 percent. The TFT instrument console is similar to the standard bike but gets more functions, including a new pit limiter.

The Ducati Panigale V4 R will go on sale next year and has been priced at $39,995 (approximately Rs 29.17 lakh). We can expect at least a one unit of the exotic motorcycle to be made available in India.