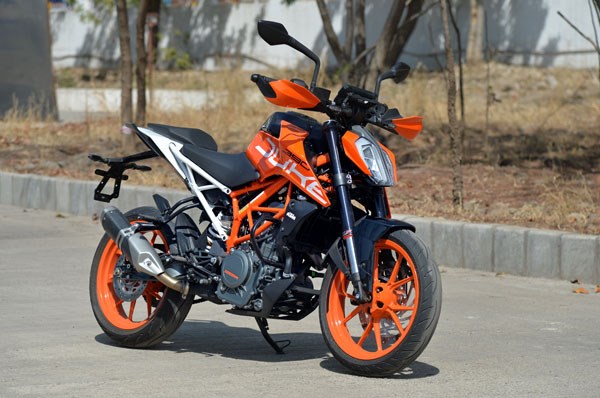 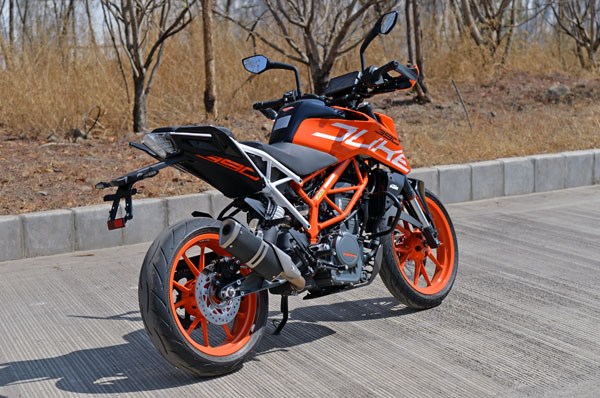 The highly anticipated 2017 KTM 390 Duke has finally been launched in India, and in many ways, it's a significant change from the last-generation bike. With deliveries for the first bikes just about kicking off, we thought we'd take a look at some of the most interesting aspects of the new bike.

The motor isn’t really new
The 373cc, liquid-cooled, single-cylinder motor that powers the new 2017 KTM 390 Duke hasn’t changed from the previous-gen bike in any significant way. In fact, the engine block (and pretty much everything in it) is absolutely identical, which means the bike’s peak power output of 43.5hp remains unchanged. However, that’s not the entire story. A larger airbox to improve the engine’s breathing has resulted in a 2Nm increase in torque, taking peak twisting force up to 37Nm. This increase in torque should help in offsetting the new bike’s nearly 10kg increase in dry weight.

To make things more interesting, the new bike also gets a ride-by-wire throttle. This has helped in precise fuelling even with a shorter action throttle; the motor is a lot smoother than before. A lot of fans of the previous-generation 390 might not enjoy the more linear power delivery as it lacks the drama of the older bike when you get hard on the gas. But in the real world, smoother is usually faster, so we’ll have to let the lap times do the talking.

The new engine also carries over the slipper clutch which was introduced during the previous-generation bike’s mid-life upgrade, and which was just recently added to the RC390. However, the 2017 390 Duke’s slipper clutch works even better than before and absolutely eliminates any rear wheel hop when rapidly downshifting at speed.

Brakes are now significantly improved
One big complaint that everyone had with the previous 390 Duke was the brakes. There was adequate bite for the most part, but feel at the lever was sorely lacking and one needed to just grab a handful of the brake while putting full faith in the ABS and grippy Metzeler tyres. In order to abate this, KTM has gone with a larger 320mm front rotor for the new bike. And while the radially mounted caliper remains fairly unchanged, it now sports sintered pads, making a significant improvement in braking performance.

That being said, feel at the lever is still a bit on the vaguer side, but the brakes do have much more bite now. To top things off, the already highly capable Bosch ABS has seen an upgrade as well, and now offers three modes – Standard (where ABS works on both wheels), Off (where ABS is turned completely off) and Super Moto (where only rear ABS is turned off). The new Super Moto mode should be a welcome addition for fans of “backing it in” into corners.

The H-rated Metzelers are really good
A lot of spec sheet warriors will be up in arms regarding the switch from the W-rated Metzeler M5 Sportecs on the previous 390 Duke to the H-rated ones on the 2017 model. Now while the W-rated tyres are designed for much higher speeds as compared to the H- rated ones (270kph for the W vs 210kph for the H), it’s important to realise that the 390 Duke doesn’t do speeds in excess of 170-180kph. So in terms of safety in a straight line, the new tyres aren’t a compromise as such.

That being said, there will be a very slight difference in cornering performance of the two tyres. But in all honesty, unless you’re really pushing the bike’s (and your) limits on a race track, this difference won’t be apparent. The real benefit of a switch to the H-rated tyres is significant cost savings. Not only are replacement H-rated Metzeler tyres about 30-40 percent cheaper to buy than the W-rated ones, they last longer as well, which means a significant lowering of running costs over the life of the bike.

Separate function forks are a boon
Everyone made a big brouhaha about the new separate function WP front forks with their open cartridge technology on the 2017 390 Duke. But these are actually a really big deal. With one side dedicated to compression damping and the other to rebound damping, the new front-end is much better able to deal with bumps and undulations on the tarmac. This has also resulted in a better front-end feel when flicking the bike into corners.

The new forks have about 8mm less travel, but better-controlled damping offsets the reduced travel. The forks themselves aren’t adjustable, but they now come with a couple of notches at the top to aid in adjusting their mounting position in the triple clamps. This allows the forks to be mounted slightly higher or lower, thereby affecting the front end geometry of the bike. This will allow riders to fine tune the way the bike turns into corners according to their riding style, by making the bike either more stable or more flickable.

You’re paying for a tonne of new equipment
With an ex-showroom (Delhi) price tag of Rs 2.25 lakh, this new 2017 390 Duke is almost half a lakh rupees more expensive than the outgoing model. And there isn’t really an increase in performance that justifies the significantly higher asking cost. However, while the outright performance might be unaltered, this new bike does offer quite a bit of new equipment that might just make a strong case for the increased price.

Apart from the improved brakes and suspension, the bike now gets all-LED headlights. These are a significant improvement over the previous headlight in terms of illumination. Plus a switch to LED technology will also allow for lower power consumption from the battery as well as a lower failure rate compared to standard bulbs. And we have to admit, they look really cool as well.

But best of all is the new TFT instrument display. The monochromatic unit from the earlier bike has been replaced with a full-colour display that not only shows all the relevant information such as speed, distance, fuel consumption when one opts for the KTM MyRide option. It also pairs with smartphones via Bluetooth and can display received text messages, incoming calls and even lets you answer them using the mode navigation switches on the left handlebar. What's more is that it also allows control of music playback for paired phones. It is literally the perfect companion for your smartphone when riding.

The new frame is focused on improving ergonomics
While the major part of the trellis frame remains unchanged from the previous-generation model, this bike gets a new subframe that's bolted on as opposed to being welded. So while the new frame hasn't affected the bikes geometry in any significant way, it has worked wonders for the ergonomics. The redesigned subframe has made space for a larger rider's seat which now also comes with much better padding. Even the pillion seat is now padded much better making this Duke much more comfortable than its predecessor. But comfort aside, the foot pegs too have been moved slightly farther back and have been raised a bit, allowing even for those with long legs to slot their knees under the new tank extensions. The new riding position also makes for a gently leaned-forward posture, thereby helping with better front-end feel and aiding aggressive riding.