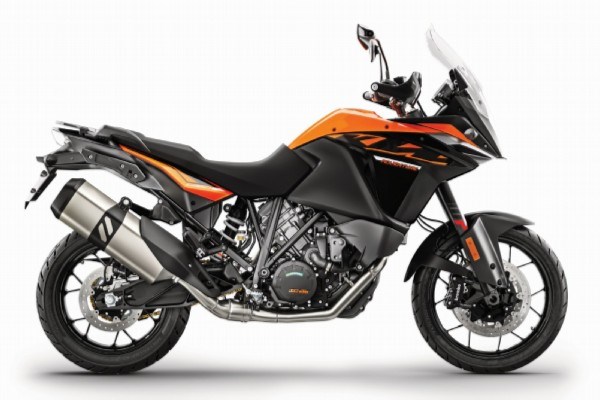 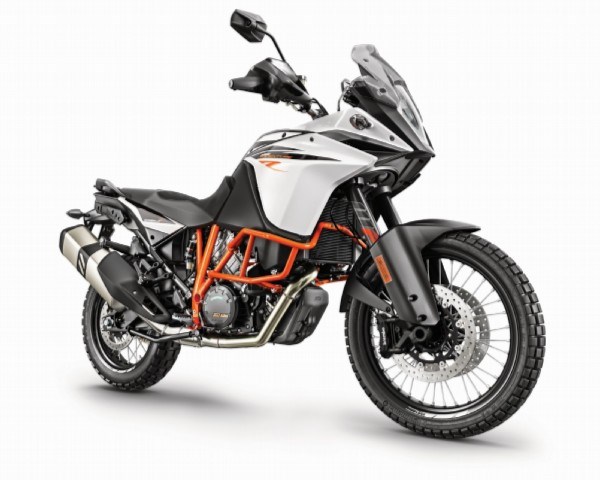 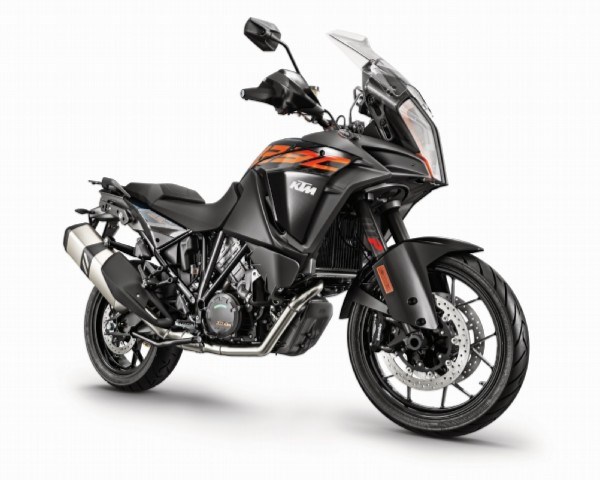 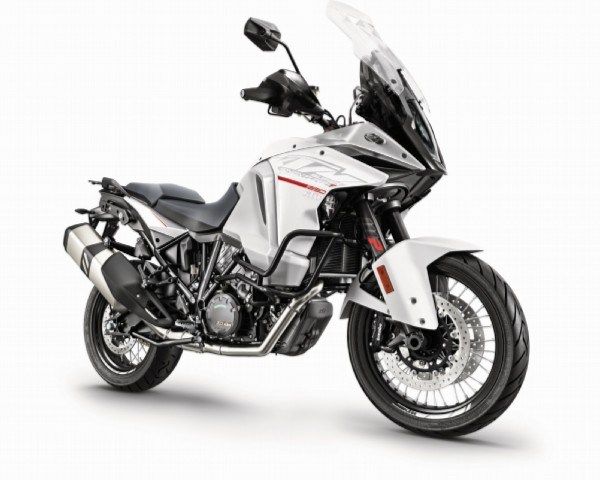 For riders who want genuine off-road ability, the 1090 Adventure R is the pick of the litter; the 1090 Adventure is the more road-biased version of the two. Both 1090s share the same evolution of the 1050cc 75 degree V-twin motor, now developing 125hp (30hp more than the current 1050), while the R gets a long-stroke, fully adjustable suspension by WP, with laced wheels (21in front / 18in rear).

The extremely rugged wire rims come with Continental TKC80 Twinduro rubber as standard in 90/90-21 and 150/70-18 sizes, while the fully adjustable WP suspension has 220mm of travel front and rear on the 1090 Adventure R model. The road-biased 1090 Adventure, has a 19-inch front wheel and 17-inch rear cast wheels wrapped in Metzeler Tourance Next rubber, a 43mm upside down WP fork offering 185mm of travel, and a WP shock at the rear, which is adjustable for preload and rebound damping and allows for 190mm of travel.

The 1090 Adventure R has an off-road mode where it allows the rear wheel to be locked, but the front-wheel ABS remains active, or it can be disengaged completely. There’s also multi-mode traction control, which will allow varying degrees of slip under hard acceleration, and four riding modes of Sport, Street, Rain and Off-road.

The screen on the 1090 Adventure R is adjustable, along with the handlebars, foot-pegs and handlebar levers. There’s also fully integrated luggage as an optional extra, including rugged side-panniers and a top-box. The R version gets the trademark orange frame and crash-bars, while the standard version gets a black frame and different graphics kit.

As you can probably already tell by now, the abbreviated letters in each of the models names denote the purpose they were built for; Street, Travel/ Touring and Race (well more off-road capable, actually). The Super Adventure S replaces the current 1190 Adventure, the Super Adventure R - the 1190 Adventure R, and the Super Adventure T replaces the current 1290 Super Adventure.
All three bikes will be powered by the same 1,301cc LC8 V-twin engine as the existing 1290 Super Adventure and Super Duke R, which has been given a new intake to help make it more refined and smoother. It produces 160hp of power and 140Nm of torque. They also feature Bosch's Motorcycle Stability Control (MSC) system, complete with cornering ABS and cornering traction control. Additionally, all of the models come with Sport, Street, and Rain riding modes, with the R edition also coming with Off-Road mode. The trio come equipped with massive, Brembo dual 320mm discs up front and a single 267mm one at the rear and four-piston, radially mounted calipers.
An all-new 6.5-inch TFT display will be seen on all three machines, along with a tyre-pressure monitoring system, incredible looking new front headlights, and LED cornering lights. Cruise control comes standard, as does a waterproof phone compartment, keyless ignition system, and a better cushioned seat.
Additionally, the restyled KTM 1290 Super Adventure R boasts of an LED headlight with integrated cornering lights placed on a more aggressive-looking front end. An optional Travel Pack adds Hill Hold Control, Motor Slip Regulation along with a KTM-first Quickshifter+ for Clutchless up and downshifts. Like the 1090 Adventure R, it gets orange frame, orange crash bars, and laced 21-inch front and 18-inch rear wheels wrapped in Continental TKC80s. Suspension comes in the form of a fully adjustable WP setup, offering 220 mm of travel front and rear. The Super Adventure R weighs in at 217 kg, dry.
The KTM 1290 Super Adventure S on the other hand, replaces the existing 1190 Adventure, and is the most road-biased bike of the lot. It has a 19-inch front and 17-inch rear alloy wheels, shorter travel, electronic suspension and a shorter seat height. The Super Adventure S version is the lightest of the three, weighing in at 215kg, dry.
Finally, we have the KTM 1290 Super Adventure T, which is the updated version of the KTM Super Adventure. It gets a combination of things from the S and the R, with some additional crash protection, spoke rims, longer suspension, and all the bells and whistles. It’s the heaviest of the bunch, weighing in at 222kg (dry weight). KTM has pitched the Super Adventure T as the ultimate adventure tourer.