We answer key questions about the Kawasaki Z900 bike itself, its motor, weight, costs and if you should upgrade to it at all. 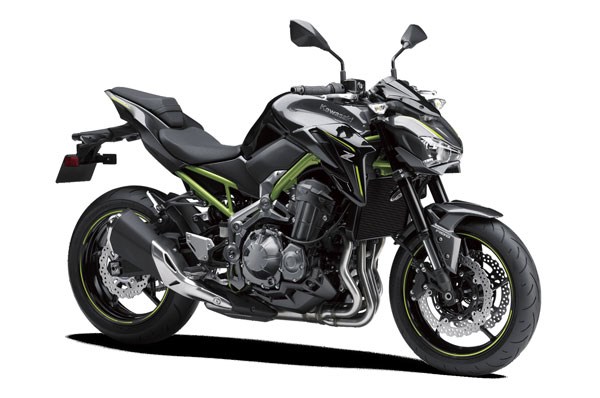 With the launch of the brand new 2017 Kawasaki Z900 just around the corner, we thought we’d address some of the burning questions bikers might have about the company’s upcoming replacement of its ever-popular middle-to-intermediate class naked.

Q. Is it an all-new motorcycle?
The simple answer is, yes. Pretty much everything has been changed to make the evolutionary leap from the Z800 to the Z900. And it’s fairly evident in the styling as well. The slightly boxy and angular nature of the Z800’s design has given way to more organic curves. It’s still unmistakably a ‘Z’, and its overall silhouette has been pretty much carried over from its predecessor, but think of it as going from a robot-dinosaur to a proper T-Rex. Apart from the more fluid lines, you now see a closer resemblance to other modern Kawasaki motorcycles, especially the supercharged monster that is the H2, thanks to its mirror-like grey-black panels and bright green frame.

Speaking about the frame, this is all-new as well. Kawasaki dropped the older cast-alloy backbone chassis from the Z800 in favour of a tubular steel trellis unit. With five rigid mounts to the motor, it makes the engine a stressed member of the overall chassis now. Suspension on the other hand hasn’t seen a massive revision over the outgoing model. It retains the beefy 41mm upside-down forks at the front with stepless adjustability for rebound damping as well as spring preload (no compression damping adjustment however). The back still has the familiar horizontally mounted linked monoshock, and suspension travel at both ends is identical.
While most mechanicals have either improved or stayed the same, the same cannot be said about the brakes. The dual-petal rotors at the front seem to have reduced in size from 310mm to 300mm, but retain the opposed four-piston calipers. How much of a difference the smaller rotors make in braking performance needs to be evaluated once we get the bike for a proper test. But thankfully, just like the Z800, the Z900 will offer ABS as standard.

Q. What about the motor?
The 806cc inline-4 motor from the Z800 is one of the best in this mid-to-intermediate naked class, and the fact that Kawasaki went out of their way to improve that for the Z900 is really saying something. The Z900’s motor is actually based on that from the meaner, wilder Z1000, but gets a smaller bore, which brings the overall capacity of the four-cylinder mill to 948cc. It now offers a 12hp increase in output, taking peak power up to a meaty 125hp. Peak torque has also seen a 17Nm increase with a maximum figure of 100Nm coming in at 7,700rpm. The goal of this new motor was to offer enhanced top-end performance without compromising on low- to mid-range ridability, and to achieve this, the Z900 sports larger 36mm throttle bodies. No fancy ride-by-wire throttle though; Kawasaki has stuck to a simple formula that works by continuing to use cable-operated throttle valves.

The gearbox is still a six-speed unit, though ratios have been revised to better gel with the new motor. But the biggest improvement here is the inclusion of a slipper clutch that should eliminate rear wheel hop while downshifting hard, and also make for a lighter clutch lever action in general.

Q. Does it fix the weight issue of its predecessor?
While the Z800 was praised for its versatility and performance, the biggest complaint that people had with it was its portly 231kg kerb weight. Kawasaki has sought to remedy this on the Z900 and the new frame itself is said to save some 13.5kg. Throw in the use of some lightweight alloys for the wheels, swingarm as well as the crankshaft and engine balancer, and you’re looking at a new kerb weight of 211kg. Not featherweight by any means, but a full 20kg lighter than the outgoing bike. The lighter weight should mean a much nimbler handling package and it finally weighs less than its larger sibling, the Z1000. While it still might not have the same crazy power-to-weight ratio of the larger Z, it now feels like a worthy competitor to modern middle-to-intermediate class nakeds such as the Yamaha MT-09.

Q. Will it cost more than the Z800?
With a price tag of Rs 7.5 lakh (ex-showroom, Delhi), the Z800 provided tremendous value-for-money and was lapped up by bikers looking for a fairly powerful and fun-to-ride inline-4 engined motorcycle under Rs 10 lakh (on-road). Now internationally, the Z900 commands a nominal premium over its predecessor and we expect that price difference to translate to anywhere between Rs 1.0 to 1.5 lakh when the bike lands in India. So expect the Z900 to be priced between Rs 8.5 to 9.0 lakh (ex-showroom).

Q. Should you upgrade to a Z900 if you already own a Z800?
The Z900 does offer a host of improvements over the Z800 and promises to be much more fun to ride as well. The changes that the new bike offers means that someone looking for inline-4 thrills at a comparatively affordable price should seriously consider getting the Z900. And to get a clearer idea of just how well the Z900 performs, you should check out our soon-to-arrive review.

However, if you already own a Z800, you can rest assured that you’ve already got a motorcycle offering one of the best performance-to-price ratios in the Indian market. So unless you just want add another competent ‘Z’ to your garage without shelling out too much cash, maybe the logical upgrade would be the Z1000.