X1 Racing League: All you need to know 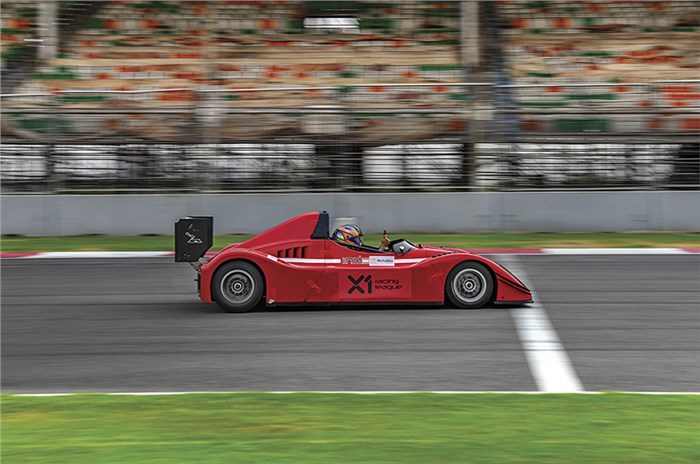 The X1 Racing League is taking a bold step into the unknown, going where very few have gone before. But with Aditya Patel and Armaan Ebrahim in the driver’s seat, can it revolutionise Indian motorsport and succeed where others have failed?

Launching a motorsport league in India is a risky proposition. The success of cricket’s IPL led to an explosion of leagues across sports in India. But where some succeeded, many failed. Then there’s the fact that for all its visceral appeal, motorsport, especially domestic motorsport, remains a niche sport.

But co-founders and racers Aditya Patel and Armaan Ebrahim are confident they’ve hit upon the winning formula.

Set to flag off in November, they brought the media, influencers, celebrities, the country’s top racers and supercar owners together in a ‘Speed Summit’ at the Buddh International Circuit, earlier this month, to give them a taste of what’s in store when the racing gets underway.

The first X1 event was announced last year, and it offered promise and questions in equal measure.

Who’s going to be racing?

Teams will field four drivers each – one international male driver, one international female driver, one Indian international driver and an Indian domestic driver. X1 says it is in talks with the top drivers globally, across Formula E, NASCAR, Le Mans and Indy 500, as well as former F1 racers. Drivers will be picked via a draft but just who is in the driver pool is yet to be announced, with co-founder Armaan Ebrahim only saying, “We’ve got enough for now and we’re growing.” 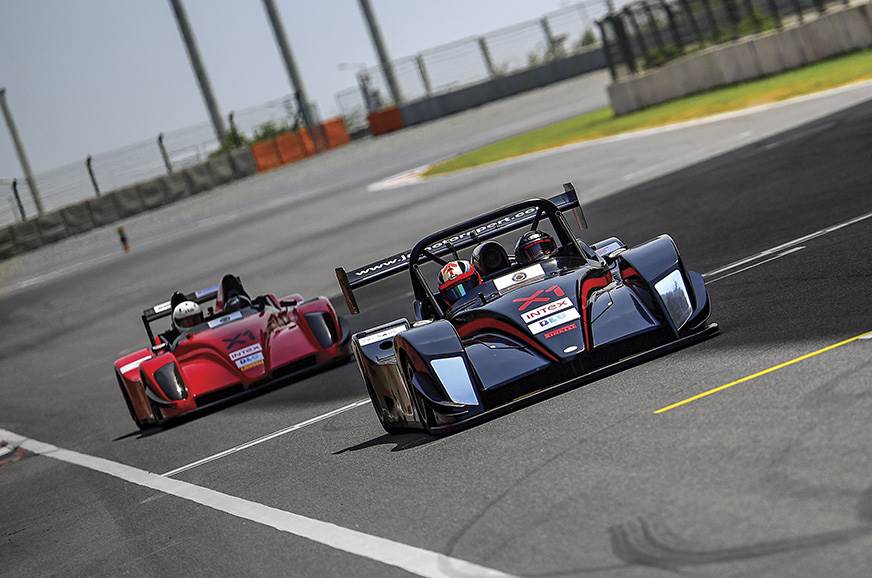 What are they going to be racing?

The X1 Racing League is working with Coimbatore-based JA Motorsports – the same company that builds cars for the MRF Challenge – to develop a car for the championship. The league offered a taste of the cars they’d like to race, giving journalists a ride in two JA-designed two-seater cars, but a decision on the exact specifications of the car has yet to be made.

“We’re looking at it, there are various options,” said Ebrahim. “In the next two months, by July, we’ll have an answer to the car.”

Who will they be racing for?

There will be eight teams competing in the league, each representing a city or a state. Potential franchise owners will pay Rs. 5.5 crore for a franchise, inclusive of all costs. They will also be locked-in for a three-year period, by when the league predicts teams will be able to break even.

“The city franchise will not necessarily be a Tier-I city, it can even be a Tier-II city or even a
Tier-III city,” said Aditya Patel.

Four franchises have already been sold, but the league is being tight-lipped on who has bought them, until all eight have been picked up.

“We’re in talks with a lot more people also for the other four but once we have all eight together
we’ll announce them altogether, including the city that they represent,” said Patel. “In some cases it may be a state but a Tier-I city is the most likely.” 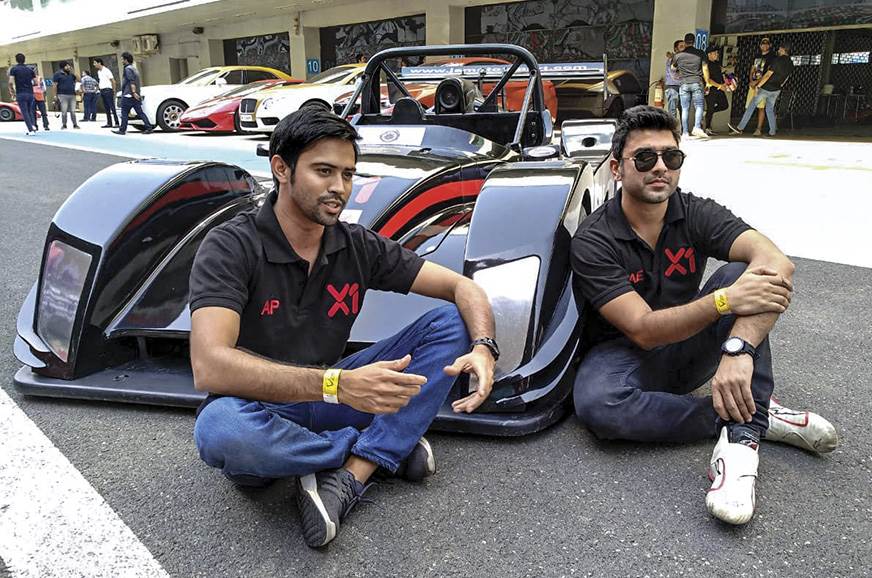 Where will they race?

The X1 Racing League will race on a mix of street circuits and permanent tracks. The Buddh International Circuit in Greater Noida and the MMRT on the outskirts of Chennai have been confirmed as two host venues. As for the city tracks, the league had originally hoped to host street races in Hyderabad, Bengaluru, Chandigarh and Mumbai. But for the first season, the schedule will feature just one street track. With the league set to take place across four weekends and three tracks, one circuit looks set to host two rounds.

“We don’t want to throw all our eggs in the basket in the first year,” said Patel. “If we do everything in year one, what do we have to offer in year two?”

“We do have a lot of things in mind,” he went on to say. “We do have some cities that we’ve identified and some tracks that are approved but you’ll have to wait for that announcement.”

The League events will run from November to December but will be preceded by its eSports competition, which will be held across eight weeks, beginning in July or August and running until October.

Where’s the money coming from?

Last June, X1 Racing announced that it would invest Rs 100 crore over three years in the league and in promotion of motorsport in the country (excluding investment in R&D, technology, street-
circuit infrastructure and safety equipment), with a five- to seven-year break-even period.

At its Speed Summit in New Delhi, it revealed that its investors include a mix of start-up entrepreneurs, like Kunal Shah, Jitendra Gupta and Raghunandan G, as well as investment companies. Jay Pawar, son of politician Ajit Pawar (nephew to Sharad Pawar), is also an investor. 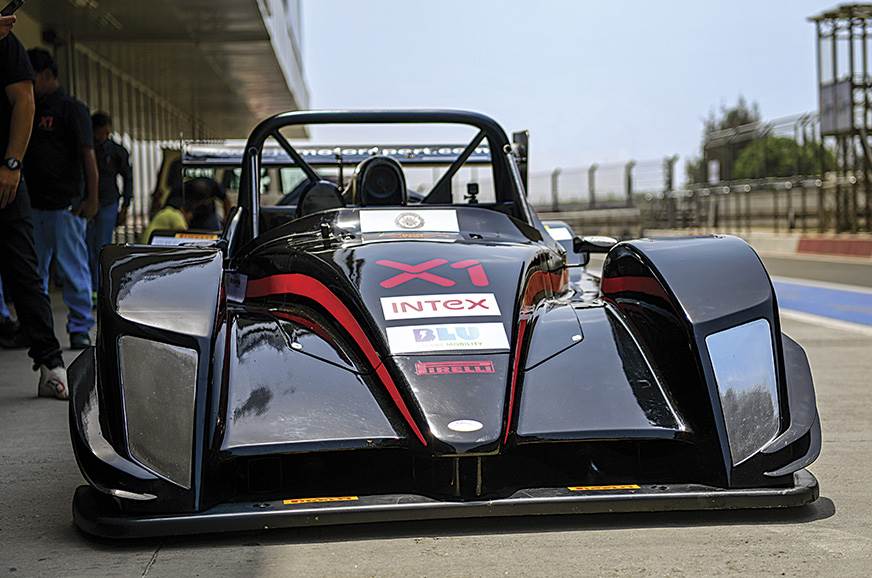 Patel and Ebrahim bring credibility to the table, as does the backing of the likes of Ravi Krishnan, the co-founder of Stepathlon and also part of the team that set up sports management company IMG’s operations in India. He will act as the league’s non-executive chairman.

However, there’s no denying it’s a risk. Having said that, greater the risk, the bigger the reward. The X1 league will give drivers a chance to measure themselves against established and upcoming global talent. There’s already talk of creating an X1 Team India – a collection of the country’s top drivers – and grooming them to take part in single-seater and sportscar championships abroad. If the concept takes off, it can only benefit Indian motorsport.