The Toyota Fortuner Experiential Drive Camp was a superb opportunity to soak in the brute SUV in its most natural terrain. 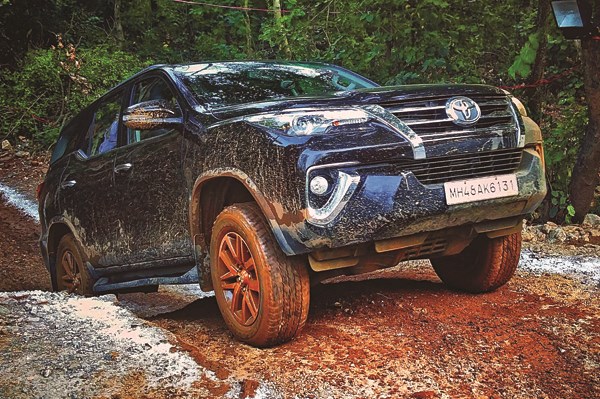 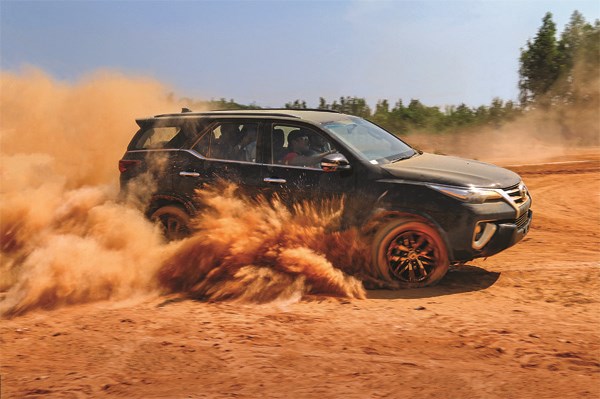 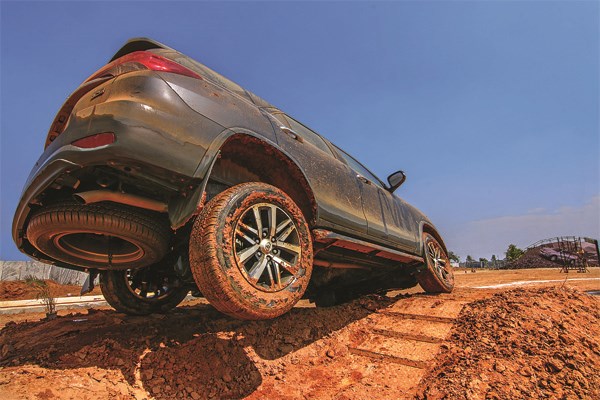 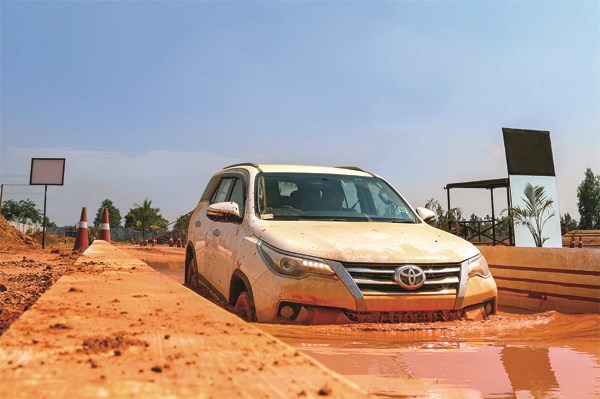 Ecological studies commonly use the phrase ‘natural habitat’, which means an ecological or environmental area where a specific species lives. A species is most comfortable and at its optimal best when it is within its natural environment. It is fittest, happiest and most likely to reproduce here. Its natural habitat, for any particular species, is the place to be. The concept of natural habitats also applies to the world of the automobile. Some cars are most comfortable on the road, some on a track, and some, like the new Toyota Fortuner, on a ground dotted with ditches, slush, hills and dirt.

Welcome to the Toyota Fortuner Experiential Drive Camp, a multi-day, multi-city drive camp that was organised by Autocar India and Toyota to provide prospective customers an opportunity to explore the rugged side of the big SUV. “Customers have Fortuners, but this is the first time they are conducting a test like this on the product,” said N. Raja, senior vice-president and director of sales and marketing, Toyota Kirloskar Motors, at the camp which was held in Mumbai, Delhi and Bengaluru over 10 days. A record 2,500-plus customers experienced the off-road prowess
of the Fortuner first hand.

It is a fact that most owners of a 4x4 off-roader like the Fortuner drive the car almost exclusively on the road, at most venturing onto dusty rural roads once in a while. Toyota wanted these owners to at least know what their vehicle is capable of, and hopefully spark the desire to indulge in off-roading. “We took a feedback session with the customers after the drive,” said Raja. “Here, we asked them how they felt about the car before and after the drive, and many people admitted that they did not know the car was capable of such things, and that they would love to try even 50 percent of what they saw on their own.”

The drive camp consisted of an off-road course created by off-roading specialists, and conformed to a very high level of difficulty. Not to worry though, because, according to Tejas Kothari, founder of Offroad Junkie, “This course was challenging for the first-time off-roader, but the Fortuner made it easy.”

How exactly did the Fortuner make it easy? The answer lies in the slew of off-roading capabilities the car was armed with. First the fundamentals – the Fortuners at the drive camp were powered by 2.8-litre diesel engines with monster torque ratings of 450Nm available from early on in the rev band, mated to six-speed automatic gearboxes with manual mode. Then, they got a suspension setup that had been strengthened, and a slew of off-road features such as a switchable four-wheel-drive system known as Sigma 4 with 2WD, 4WD and 4WD Low modes, an electronic differential lock that selectively braked individual wheels as and when needed, active traction control, a hill hold function and downhill assist control that tackled steep declines almost autonomously.

The course consisted of myriad obstacles such as chicken holes, rumblers, an articulation ramp, a water trap, a slush patch, sand patches, steep inclines and declines and side inclines. Each obstacle demonstrated specific capabilities of the Fortuner. The chicken holes and rumblers showed how well-controlled body roll was; the articulation ramp provided a first-hand experience of the active traction control at work; the steep inclines helped demonstrate the deep reserves of torque and the hill hold function; the slush pits were a showcase for the electronic differential lock; and the water
trap allowed participants to marvel at the water wading capability of the Fortuner.

All the obstacles were tackled in 4x4 mode, with the toughest ones being tackled in 4WD Low. This mode maximised torque delivery by multiplying the engine speed, allowing the car to climb over rocks or tackle steep inclines more easily. For steep declines, the downhill assist control took over the braking function, leaving the driver with the task of just steering.

Participants were first given a debrief, where off-road experts and Toyota representatives briefed them about the Fortuner, its capabilities and the dos and don’ts of driving on the off-road course. They were then taken through the course by a professional off-road trainer, following which they were allowed to take a go at it themselves. Every participant I witnessed stepped out of a mud-caked and dust-covered Fortuner grinning.

“I have not seen any other car to date that can tackle such extreme inclines,” remarked Abhishek Galwankar, a participant at the Mumbai camp.

“I can’t believe that the car managed everything using regular, not off-road tyres,” said an incredulous Ishan, again from Mumbai.

“When I saw people trying the course, it was like a near-death experience for me,” said Manoj from Bengaluru. “But when I tried it for myself, it was an out-of-this-world experience.”

Anish from Delhi exclaimed, “Initially, I thought it was a nice and decent car, but once I drove it, I realised it’s a monster!”

To get a feel of what all this euphoria was about, I gave the course in Mumbai a shot too, and it was great! I started with chicken holes and rumblers, noting that the body roll was indeed very well contained, especially when compared to the previous Fortuner. The articulation ramp was slightly nerve-wracking, because there were times when I was driving on narrow ramps with two wheels in the air. The descent assist control worked splendidly well, the slush pit was a messy funhouse, the water wading was genuinely impressive and on the side inclines, I felt like I was violating laws of physics. The Fortuner felt grown-up, more capable than ever before.

Participants widely agreed that experiencing the Fortuner in its natural habitat made them appreciate the car more than ever. Several of them even conceded that they were unlikely to try such off-roading if they actually bought the new Fortuner, but it was comforting to know that they could. The most surprising feedback, however, came from backseat passengers. Though the experiential drive was focused on the driver’s experience, several passengers remarked how comfortable the back seat was through the various obstacles. Many people remarked how little they were thrown around, while others commented on the sense of security they got from the way the car handled the worst of the obstacles.

More than 2,500 participants showed for the drive camp, compelling the trainers to work overtime, from morning until after sundown. So impressed were some participants that they actually booked their Fortuners on the spot. A great product, after all, is one that sells itself.