It's electric, it's Ecycle

We ride a bicycle powered by a generator, which claims to generate more output than input. 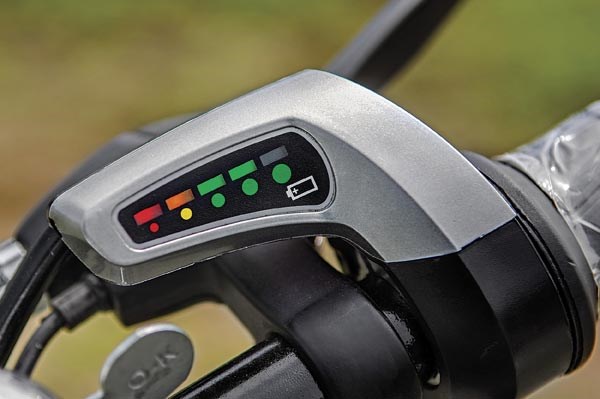 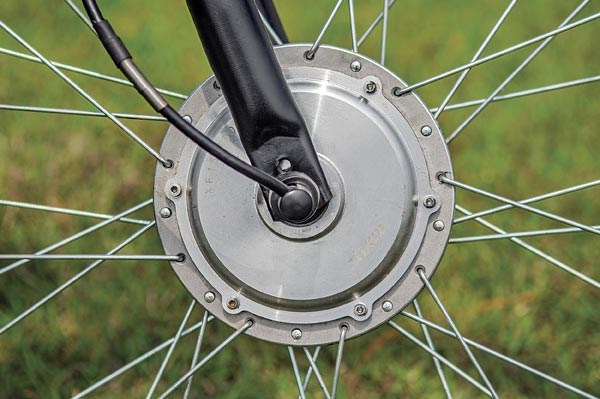 Front-wheel-drive Ecycle is powered by a motor. 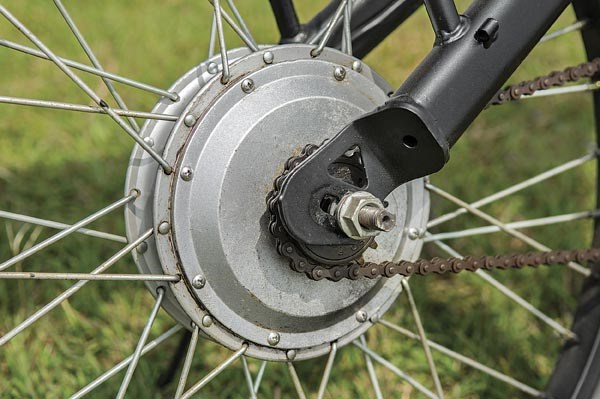 A specially designed generator is fitted to the rear wheel. 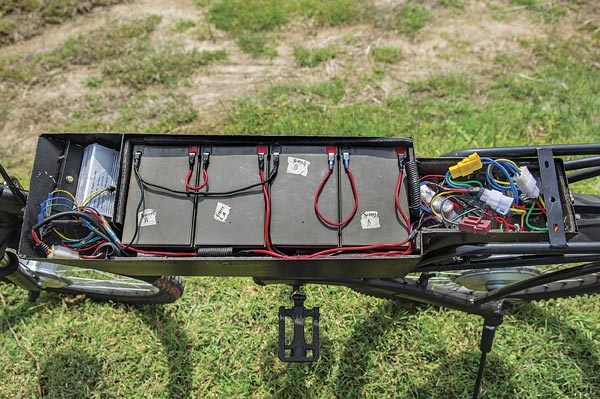 While one battery powers the cycle, the second is charged by the generator.

The popularity of electric cycles is on the rise. The ability to pedal or go faster and further while being propelled by electric power seems to be gathering customer interest. Hero Electric sells a few electric cycles and so do a few start-ups like Spero. Among these start-ups is Punit Patel, a young engineer from Dahanu (a small village in Gujarat), who left his day job and spent three years developing an electric generator that can power a bicycle and maybe even motorbikes and cars among other devices in the future. To demonstrate the functioning of the generator he developed the Ecycle.

Two details make this mode of transport interesting. One, his bike has two battery packs. While one powers the cycle via the motor, the other gets charged via the generator. Two, the generator is claimed to be so efficient that it can fully charge the second battery well before the first battery drains. And this is without pedalling, also a means of charging. Theoretically, this means after the first grid charge you never need to plug in. In reality though, you will need to, as the batteries get hotter each time they are charged and their capacity keeps diminishing. But Punit expects the riding range to be far greater than what any electric bike is capable of today, before you finally need to plug in. The secret, Punit claims, is that the generator’s energy output is more than its intake. Yes, it goes against the laws of thermodynamics and this is what the inventor is struggling to prove. 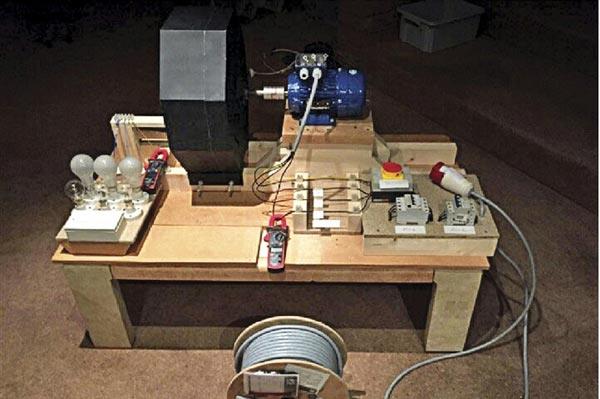 The idea came to Punit around three years ago, when he was convinced that generators should be far more efficient than they were. He opened up a 5kW diesel generator powering a windmill on realising that it provided 4,000W, whereas technically it was capable of 6,714W. He started his research and while tinkering with the generator, noticed an inexplicable ‘spike’ when he changed various configurations of wires and magnets around. He fiddled around with few other bits which he prefers to keep a secret until he can sell this idea for mass production.

His efforts culminated in a ‘Self-Charging Generator’ (SCG) as he calls it, which creates more output than input. Punit then applied the same formula to a 48V system, which is at the core of the cycle.

The Ecycle consists of two lead-acid batteries each with a capacity of 24W 12Ah. It has a motor in the front and the specially designed generator fitted to the rear wheel. “Some clever electronics and circuitry creates a sort of ‘closed-loop’ between the battery and motor, and battery and generator,” Punit tells us. 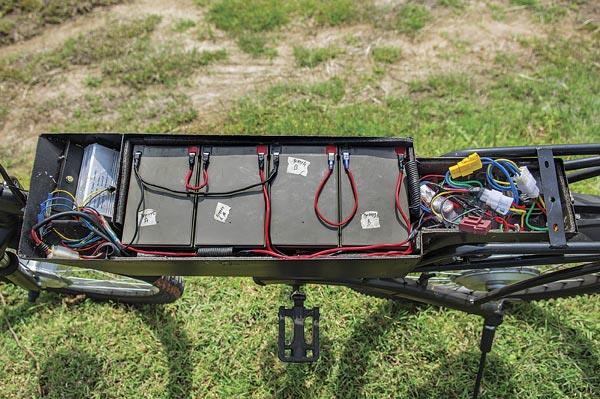 While one battery powers the cycle, the second is charged by the generator.

The cycle is said to have a range of 25km on one charge, without using the self-charging system. However, while it is difficult to specify the range when the system is in play, since it would take a long time, he says it’s best to have it confirmed by an independent agency, and is confident it will be over 120km.

Punit was mentored by Patrick Dooley, a retired oil and gas veteran based in Belgium, and Neil Edwards, ex-Global R&D director, Dyson Group. Together they founded Global Renergy Company Limited.

The SCG was sent to Vadodra-based Electrical Research and Development Association (ERDA) for testing. Punit claims the tests recorded efficiency of 124 percent which confirmed output is greater than input, but failed to secure a certification since the organisation found the results impossible!

The founders are now in talks with country’s largest electric two-wheeler maker, Hero Electric, as it has shown interest in testing this claim. Sure it may be one, but it’s one that has tremendous potential and can force us to rethink electric mobility applications. In the interim, however, we can only wait and see if the investigations and testing lead to the promised conclusion.