Is biodiesel better than regular diesel?

We find out if Indizel - a new brand of biodiesel - is cleaner and more efficient than regular diesel. 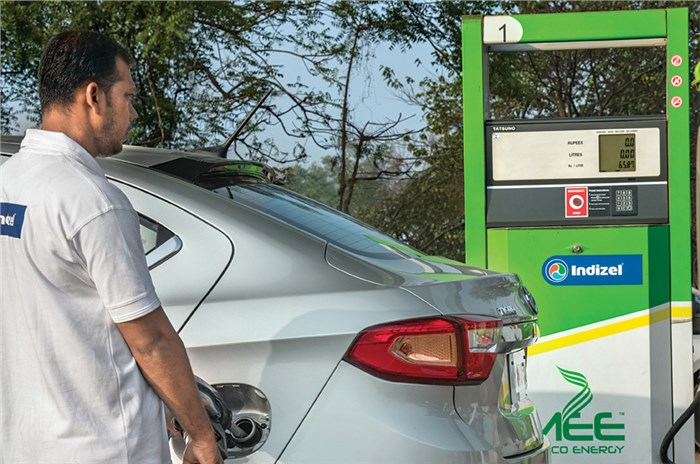 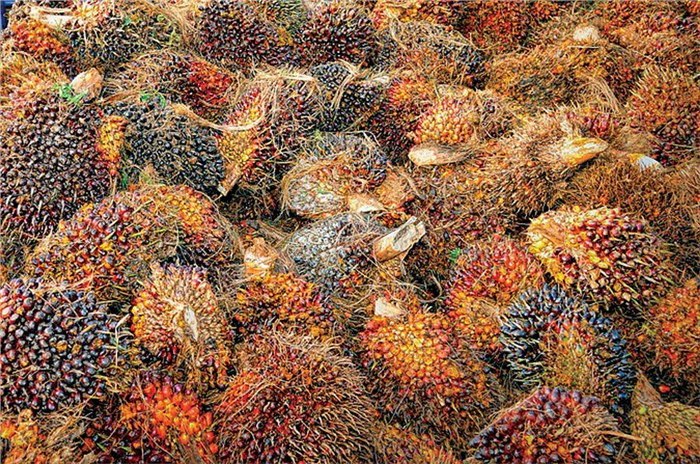 Indizel’s biodiesel is derived from the palm fruit.

The topic of emissions has stolen the limelight in the auto industry. Manufacturers are focusing their resources on minimising harmful tailpipe gases and particulate matter, all for the sake of meeting more stringent norms. But as a user, what can you do to make your car less polluting? My Eco Energy, a Mumbai-based biofuel company, might just have the answer to that with its new biodiesel, called Indizel.

Indizel is derived from palm oil and is positioned to be a 100 percent substitute for standard diesel, unlike fat- and oil-derived FAME (fatty acid methyl ester) biodiesel, which needs to be blended with petroleum-based diesel for best results. Being hydro-generated, Indizel uses hydrogen as a catalyst, rather than methanol, so it is a lot cleaner, and because it has a higher cetane rating of 67.4 compared to 48-51 of ordinary diesel, it burns quicker; so theoretically, fuel efficiency and performance should improve. And it’s compatible with all BS-IV and -VI vehicles, and can be used in any diesel car.

With so many benefits claimed, we were keen to know how it performed in real-world conditions, so we structured some systematic tests, pitting Indizel against regular diesel. The tests would focus on performance and fuel efficiency – two key parameters that matter to potential users. 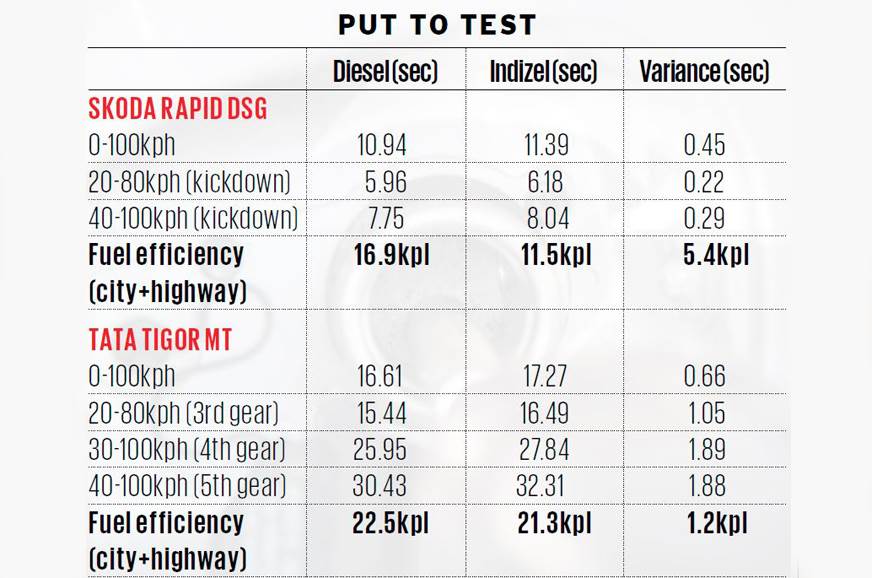 Our test car was a 2016 Skoda Rapid 1.5-litre, and we chose an automatic over a manual to minimise driver error. On the first day, the tests on the Rapid were conducted using normal diesel. The next day, we drained the Rapid’s 55-litre tank and brimmed it with 54.27 litres of Indizel. Right from the go, the diesel engine clatter was significantly muted. The absence of the ticking sound from the engine gave a feeling of a much smoother drive; so, first impressions were positive. Our tests were carried out at the same time, at the same location, and by the same drivers, to maintain consistency. However, our findings from this test weren’t positive. Acceleration with Indizel was slightly slower than standard diesel, and efficiency, while running on Indizel, was a significant 5.4kpl lower than the first day.

To be doubly sure, we conducted the tests again. This time, we used two identical Tata Tigors powered by a 1.05-litre diesel engine mated to a five-speed manual transmission. We filled one with diesel and the other with Indizel. The Tigors went through the same set of tests and timely driver swaps, and the results were identical – while the engine clatter was minimised with Indizel, it was the regular diesel Tigor that was the better performer. Compared to the Rapid, the Tigors had a smaller capacity engine and an Eco mode that prominently blunted the performance during the efficiency run, still the standard diesel was 1.2kpl more efficient than Indizel.

An engineer, who has previously worked on biodiesels, revealed that this drop in overall performance could possibly be due to less-than-optimal combustion. And for this very reason, the diesel clatter was also ironed out.

As our tests showed, there’s a performance and efficiency drop when using Indizel instead of regular diesel. The number of operational pumps across the country is still in single digits. However, there are gains to be had by using this new fuel technology, including a smooth, clatter-free drive experience. And if you wish to do your bit for the environment, Indizel is said to emit significantly lower harmful gases. Furthermore, being a non-petroleum based commodity, Indizel falls under GST, so although pricing is on par with regular diesel, GST-registered users will be able to extract a 12 percent GST set-off benefit.