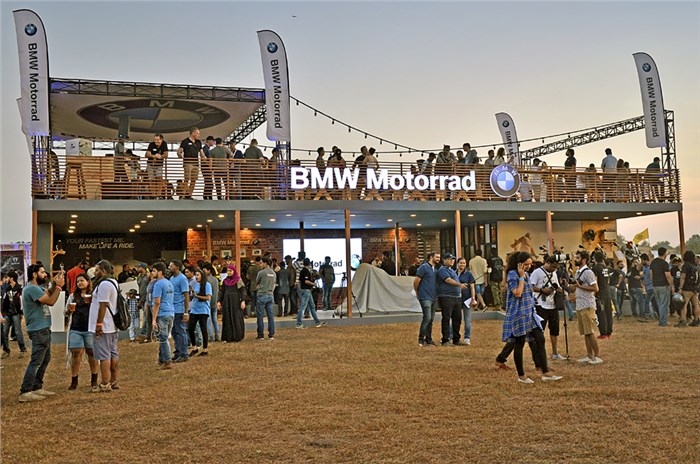 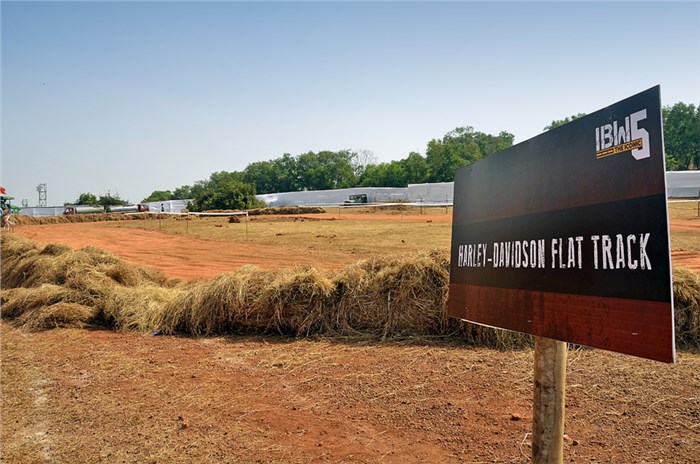 Harley-Davidson had a mini-flat track, a first at IBW. 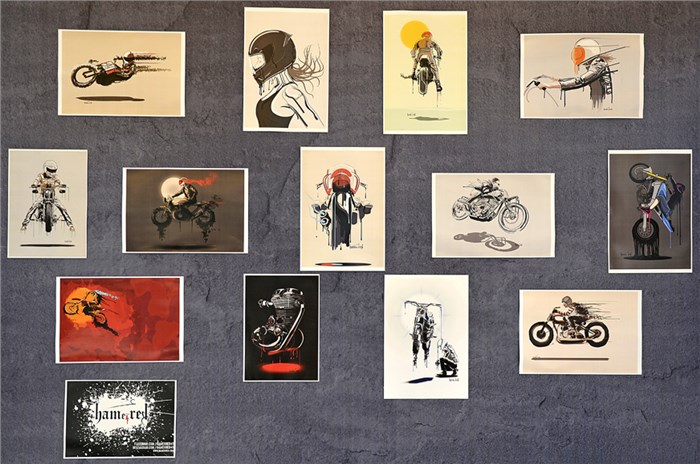 Incredible art at the MotoArt Project. 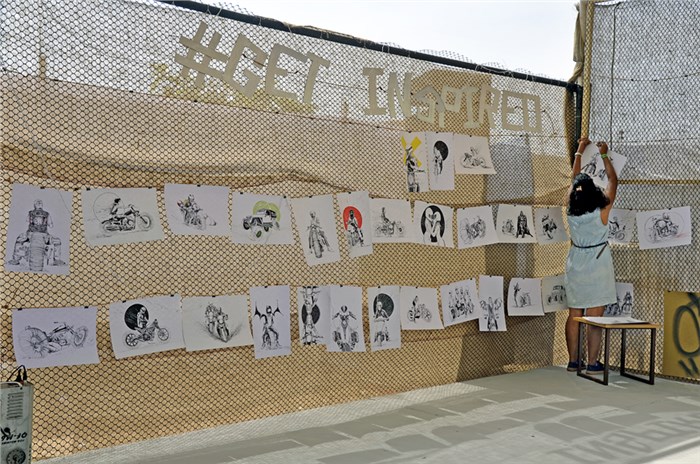 Even more art from the MotoArt Project.

The fifth-edition of IBW lived up to the hype with more participants, more events, biker groups, accessory shops and many, many revving engines. 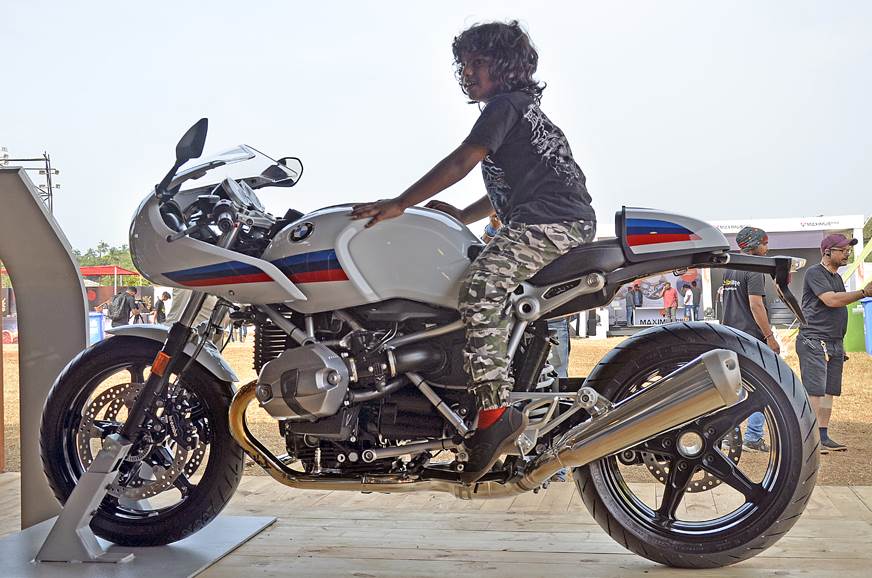 The opening acts at the event were consecutive motorcycle launches. Triumph kicked off proceedings by unveiling the Bonneville Speedmaster for the first time to the Indian public. BMW Motorrad followed with the launch of its R nineT Racer and K 1600 B at its stand, bringing the brand’s total to 13 offerings in India. Indian Motorcycles decided to do things a little differently; Pankaj Dubey, Managing Director, Indian Motorcycles took the main stage at IBW to launch the company’s new Scout Bobber. Dubey also offered Rs 1 lakh worth of accessories, at no cost, for people who booked the new bike at the IBW. 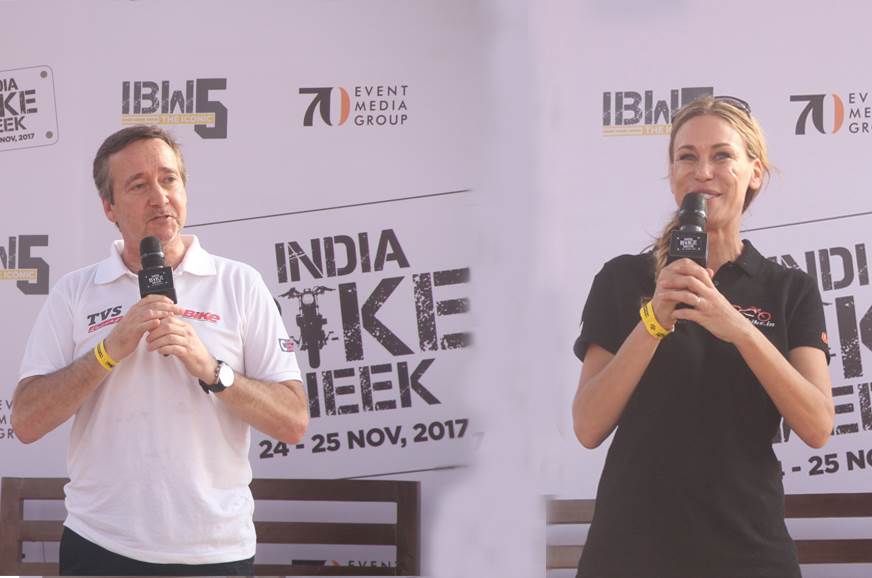 Biking legends like Leslie Porterfield and Freddie Spencer were present, at the event. A rider and racer for 16 years, Porterfield holds three land speed records and is a member of the Bonneville 200mph club. Freddie Spencer is regarded as one of the greatest motorcycle racers of the early 1980s. He is the only man to win back-to-back championships in two classes – 250cc and 500cc. The duo spoke at the main stage and at the Big Trip stage, were part of events and autographed a number of posters, t-shirts and helmets. 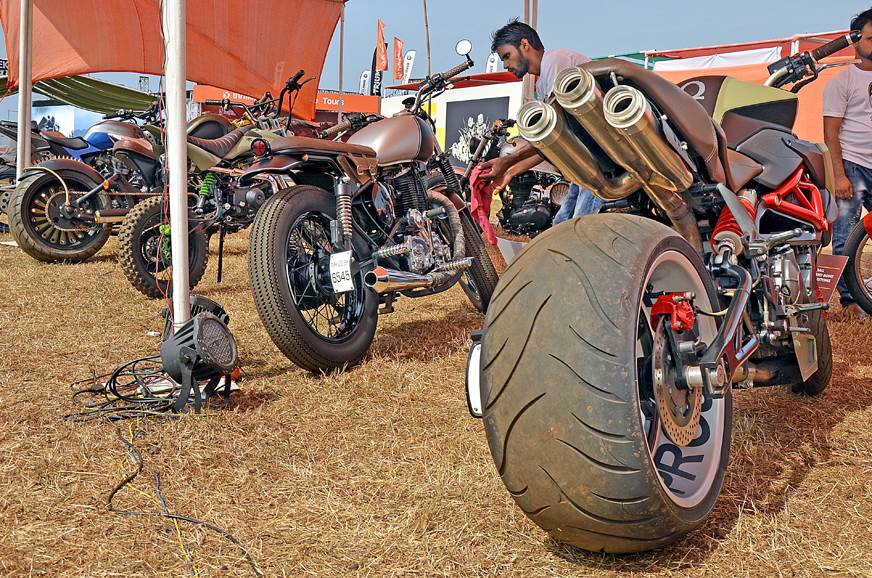 The bikers and their groups are what make this event, they are a cardinal part of India Bike Week and this time around there was participation from 30 biker clubs. There were groups from all over the country and with bikes of all shapes and sizes; from a group with Hayabusas and ZX-14Rs to a group with humble, but lovely classics like Jawas and Yezdis. The first day saw competitions like the Beard & Tattoo contest, Loudest Bike, Burnout Competition, Most Stylish Biker and King and Queen of Clubs – all of which were thoroughly entertaining. However, day two is when the competitions got really interesting. The famous Loudest Bike competition, Strongman Games and the Biker Jam session through the day made sure that everyone was entertained. 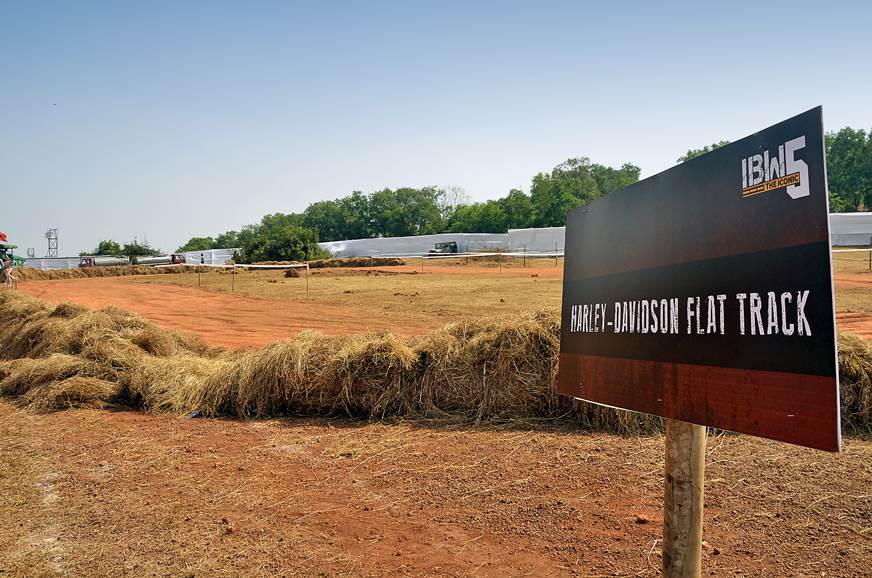 Harley-Davidson had built a mini-flat track neighbouring their stand where Vijay Singh of Rajputana Custom gave the crowd a flat track demonstration.  However, the flat track was only for demonstration and closed to members of the public. Those interested in trying things for themselves could attend The Triumph Tiger Training Academy with their Tigers. The track was set up for lower skill levels with minimal gradient changes. Triumph had brought out a few enduro riders to help out, including the man behind the Raid de Himalaya and a multiple rally winner, Vijay Parmar. 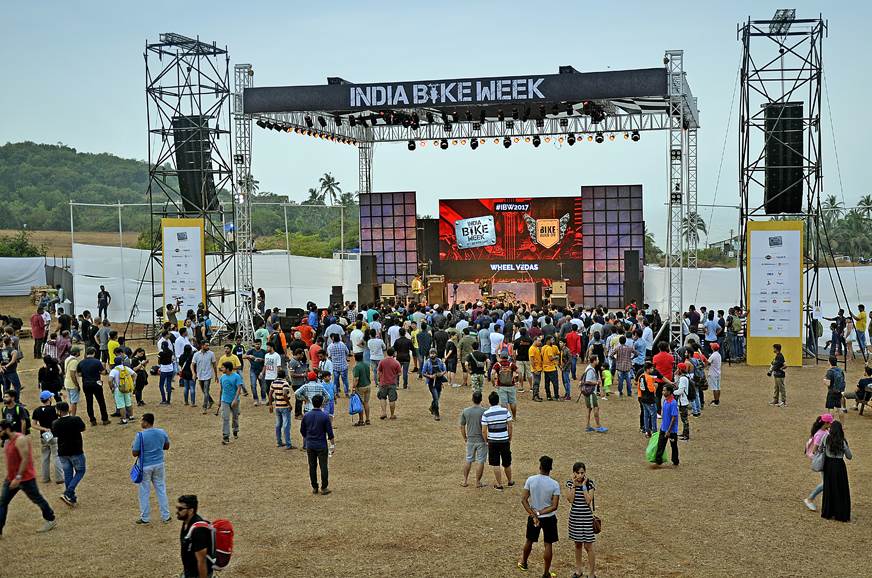 The music line-up for the first day included popular acts like Apache Indian and Mojojojo. The second day saw the rock band Colt Silvers showing the crowd a brilliant time, while Lagori headlined the final act of the event. In addition to this, almost every stand had its own music playing throughout both days, which worked well with the atmosphere of IBW. 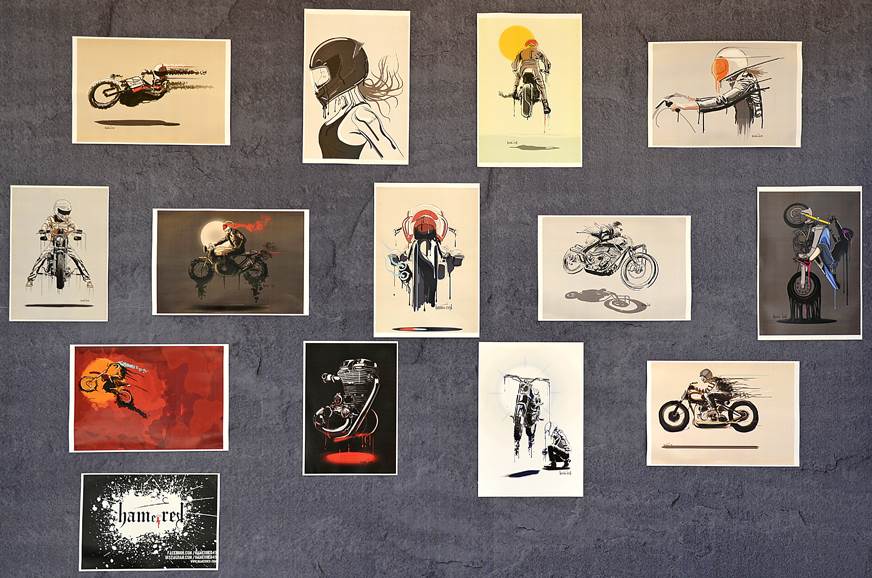 The MotoArt Project was a showcase of artworks by biker illustrators, sculptors and painters from across the country. The Project this year featured exhibitions of murals, street art, photos, upcycled moto parts by Sawant Sanskar from Bacon & Eggs, Prankur Rana, Appupen, Garage 52, Rohan Joglekar, HAMMERed, Ironic and Maria Jurkina. The artwork included sketches of all things bikes – helmets, wheel, and engines to name a few. They were truly incredible.