An absorbing sports drama, Ford v Ferrari focuses on the human element of the infamous rivalry of two automotive giants. 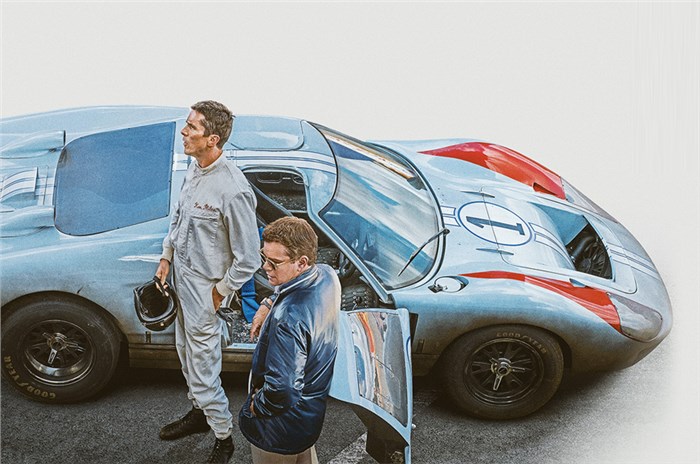 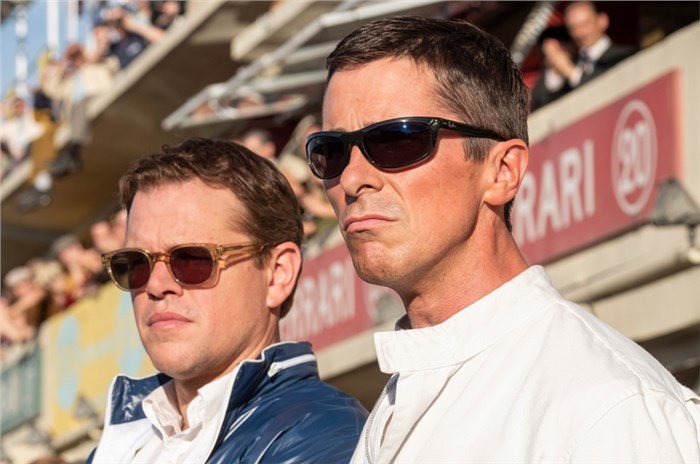 What would you do if someone hurled a wrench at you? That’s right: you’d duck; and that’s exactly what Matt Damon – essaying the role of racer-turned-car designer and entrepreneur Carroll Shelby – does, and the wrench pings into the windscreen of the race car behind him, shattering a part of it. The one who sends that wrench flying Shelby’s way is the man who is to race the very car he just damaged.

The story of Ken Miles – perhaps the most heart-breaking tale in the world of motorsport – is at the heart of Ford v Ferrari. Portrayed by the unbelievably versatile Christian Bale, Miles is a British World War II veteran-turned-mouthy-mechanic who’s also an incredible racer. But with his blunt ways, Miles can rub pretty much anyone up the wrong way, and that limits his opportunities; a fact known to Shelby, who himself won the 24 Hours of Le Mans but had to quit racing because of a heart-related issue.

The movie touches upon how the rivalry between Ford and Ferrari came to be. Jon Bernthal plays the role of the famous Lee Iacocca, who believes the only way Ford can be sexy is if it dives headfirst into the world of racing – and no, turning left for four hours (*cough* NASCAR *cough*) doesn’t count. The simplest way to do it, he says, is to buy a nearly-bankrupt Ferrari – and he pitches the idea to Henry Ford II (played convincingly by Tracy Letts). They come close to sealing the deal, but Ford’s refusal to grant Ferrari complete control over its motorsport activities irks Enzo Ferrari, who instead uses the opportunity to attract investment from Fiat’s Gianni Agnelli. Well played, il Commendatore.

Ferrari’s refusal and accompanying verbal barbs prompt Ford into action, and Iacocca seeks out Shelby to help build race cars that could help Detroit trounce Maranello’s finest at Le Mans. Shelby, in reply, tells them they need something money can’t buy – a driver who knows the machine like the back of his hand. Miles is the man who can help them build a great race car and win with it, but his presence is opposed by Leo Beebe, director of Ford Special Vehicles. To Beebe, Miles is too brash; he’s not a team player and not a ‘Ford man’. To get to where they want to be, Shelby and Miles must battle; and battle they do, proving their worth against all odds to get to the premise of the movie – the 1966 24 Hours of Le Mans. The rest – for the sake of not divulging too much – is history.

What Ford v Ferrari does brilliantly is put the viewer in the co-driver’s seat. When Shelby holds up the placard with ‘7000+ Go Like Hell!’ scrawled on it, Miles changes gear and you feel that gear shift. You feel that rousing V8 soundtrack in your chest, and the way the movie presents wheel-to-wheel racing will have even the non-petrolhead sorts hooked.

And that’s the thing about Ford v Ferrari – you don’t have to be a car nut to enjoy it. Yes, the sight of several Ford GT40s, Ferrari 330 P3s, Shelby Cobras and Porsche 906 Carreras will elicit plenty of ‘oohs’ and ‘aahs’ from enthusiasts, but the crisp storytelling of Director James Mangold will engage viewers – regardless of whether they can tell their Bentleys apart from their Rolls-Royces.

Ford vs Ferrari also explores the bond Shelby and Miles shared. They were not only colleagues but also buds who understood each other’s strengths and weaknesses like few could. Josh Lucas as Beebe excels at his role of being that obnoxious corporate figure, and Miles’ wife Mollie (Caitriona Balfe) and son Peter (Noah Jupe) play a key role in highlighting just what race car drivers put on the line when they go about their day job.

Some may say Ford v Ferrari is not an entirely accurate representation of what happened in real life; that it is not entirely factual, and it isn’t. The movie’s also been named Le Mans ’66 in some countries and it doesn’t fully cover the rivalry and its intricacies. With this movie, Mangold has taken the creative liberty to dramatise, add colour and explore the human angle of a bittersweet story that would otherwise be restricted to what happened in Le Mans.

It’s not perfect, but Ford v Ferrari will take you up to “that point at 7,000rpm” it talks about on more than one occasion; and for purely that reason, it is a must-watch.

Ford v Ferrari will be released in India on November 15. This writer was invited to a special screening of the movie by Fox Studios India.