We team up with the Hyundai Motor India Foundation for the fifth edition of #BeTheBetterGuy – its holistic and impactful road safety campaign. Our focus area? Mumbai’s driving schools.

On a sunny morning last month, we found ourselves visiting driving schools across Mumbai. What were we doing there? Had we forgotten how to drive? Nope, we were at the said schools as an ally of Hyundai Motor India Foundation (HMIF), helping one of India’s most well-respected automobile manufacturers to help spread its message of safe driving among people who were just beginning to familiarise themselves with how a car worked and moved. 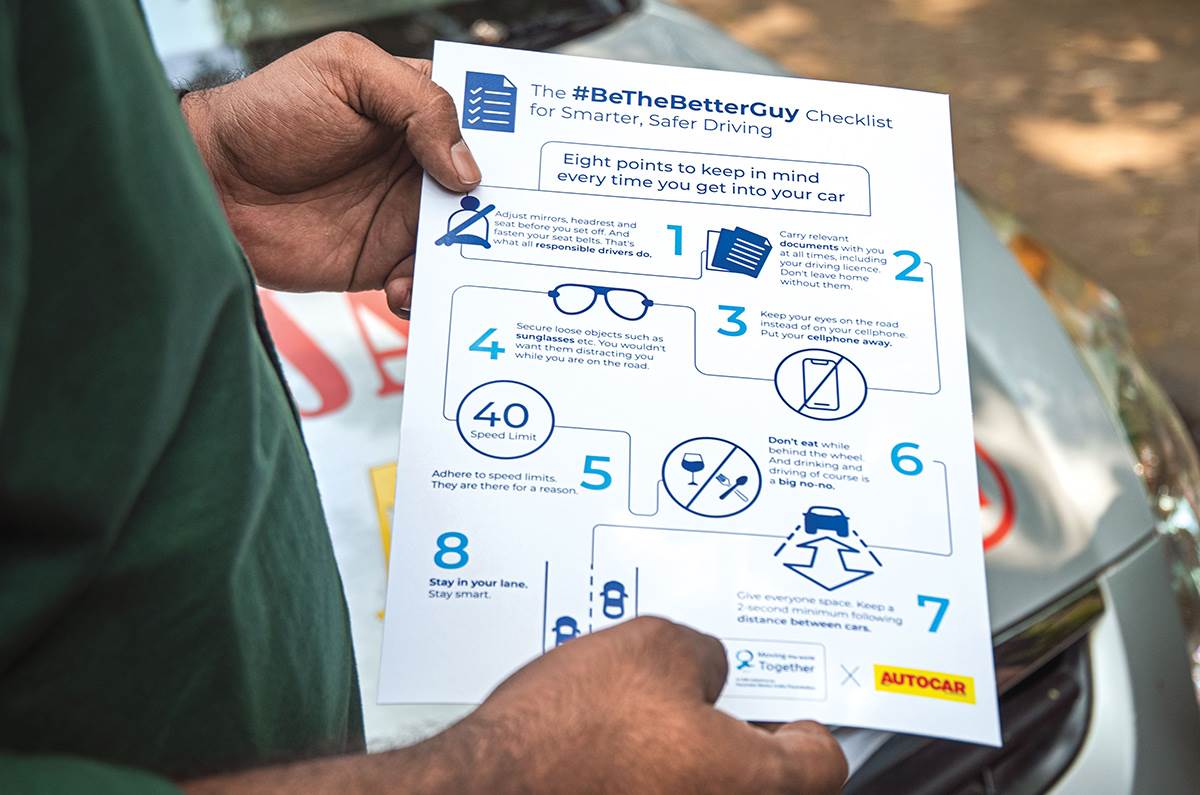 For the last five years, HMIF has put its might behind the #BeTheBetterGuy road safety campaign, often using the popularity of some of its brand ambassadors such as film star Shah Rukh Khan, among others, to drive home its message. The fifth edition of the campaign, which aligns with Hyundai’s global vision of ‘Progress for Humanity’, is aimed at millennials and Gen-Z and focuses on safe driving habits that are disseminated across platforms. Over the last half a decade, #BeTheBetterGuy campaign has garnered millions of views, and the manufacturer also conducted (pre-Covid) numerous ground activations at schools across the country. The fundamental idea behind the popular campaign is simple: Our roads can only be safe if each of us can #BeTheBetterGuy while behind the wheel.

We chose driving schools to be our focus area because a lot of what HMIF has been propagating through its campaign resonates with us. And it should. With over 1.5 lakh lives lost due to road accidents every year and with our roads contributing to a chaotic, stressful environment, we see awareness about road safety and traffic rules as an imperative. And no, we simply didn’t land up at the driving schools in Mumbai in a Hyundai Alcazar — we burnt the candle at both ends, spoke to youngsters at work and in our social circles and created a fun questionnaire concerning road signs, traffic rules, and traffic etiquette for not just the learners we would be meeting at the schools, but also for their instructors. Instructors and students at Samrat Driving school in north Mumbai get set for some road safety lessons.

We did this because we see cars as more than a device that one learns to operate and use. Cars are not microwaves or blenders. As drivers, we share the road with hundreds of other users at any point in time, and to be considerate to fellow road users and to be responsible while behind the wheel is of paramount importance. Our aim was to not just sensitise young learners about the criticality of road safety, but also get driving instructors to, perhaps, look beyond the clutch, steering and brake and help shape young individuals who will become #BetterGuys and girls, so to speak. 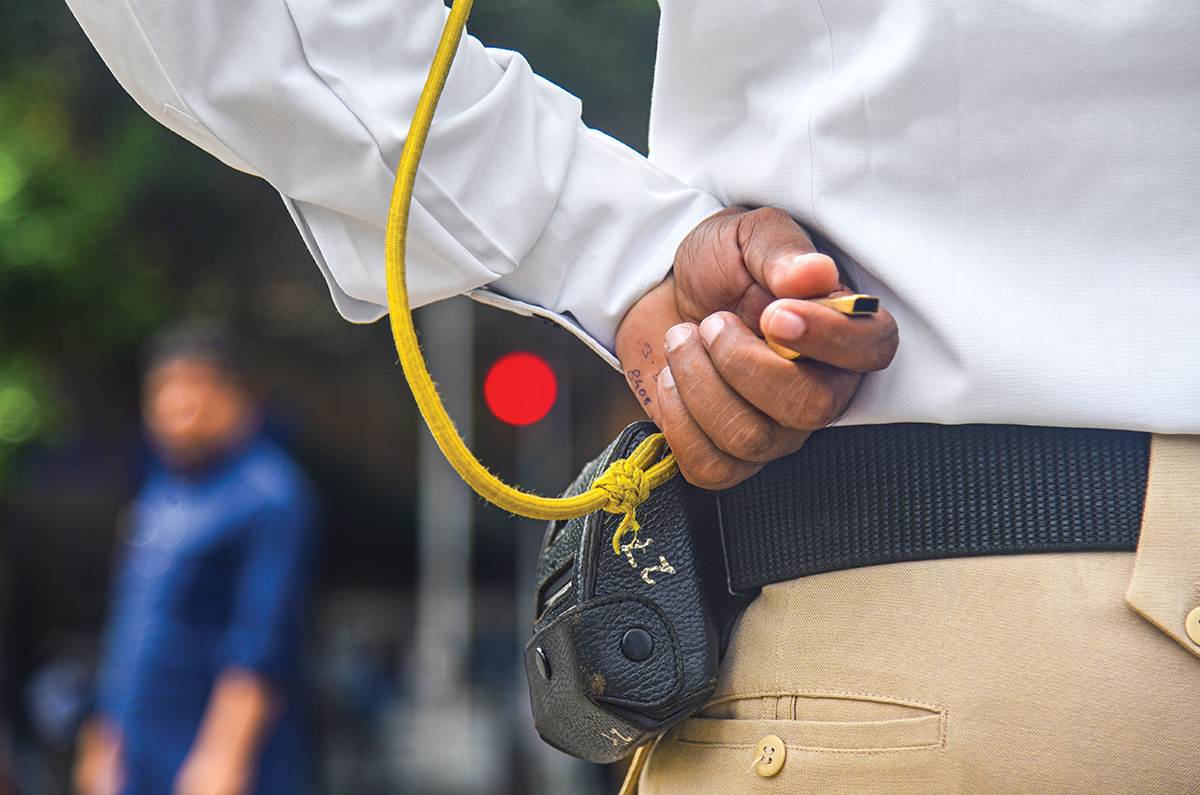 The research that went into our questionnaire unearthed information that even we weren’t exactly aware of. For example, did you know that the total strength of traffic police in India was a little over 72,000 as recently as 2018? And the number of vehicles in this country? Over 20 crore. This was not the only eye-opener that we found in a report released by the Bureau of Police Research and Development a few years ago. According to the report, West Bengal had the maximum number of traffic police at 8,500, while Karnataka and Delhi had an equal number of traffic policemen — about 6,000 — to manage the state’s and the city’s roads! Another interesting nugget we found was about how Kota, in Rajasthan, is on its way to becoming a traffic-light free city. 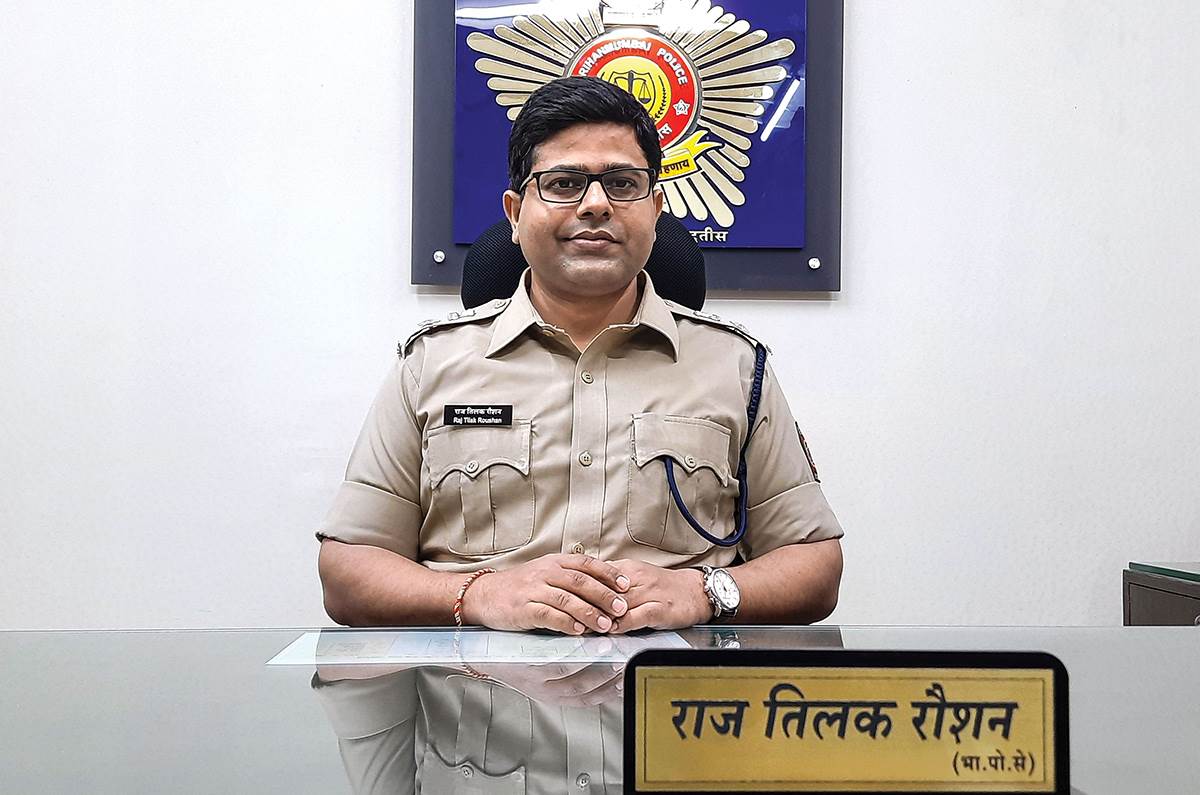 As we speak, there are several flyovers and underpasses being constructed, which, hopefully, will set the standard for other such cities. We also spoke to people who have their ears on the ground when it comes to road safety. “The thing with our cities is that with increasing population, you will also have more vehicle density, but space, especially in Mumbai, is limited. But while most road users take shortcuts, or cut lanes to reach their destination as fast as possible, they don’t realise that they are choking the traffic and also slowing everyone, including themselves,” says Raj Tilak Roushan, deputy commissioner of Police, HQ & Central, Traffic, Mumbai. “Drivers have to follow the traffic rules and maintain lane discipline all the time. And awareness plays a big part when it comes to enforcing and maintaining traffic rules and traffic discipline. So, campaigns like the one you are doing will go a long way in helping achieve that.”

Samrat and Tejani Driving Schools, in north Mumbai, are representative of most driving schools in the city. The ‘office’ is a no-frills place and work starts early, before traffic takes over the roads. The instructors’ students were all youngsters, excited and keen on learning how to get a car to move and stop, initially, and to eventually experience the freedom that only an automobile can bring. But how aware were they of road safety and traffic rules? It was time to find out. 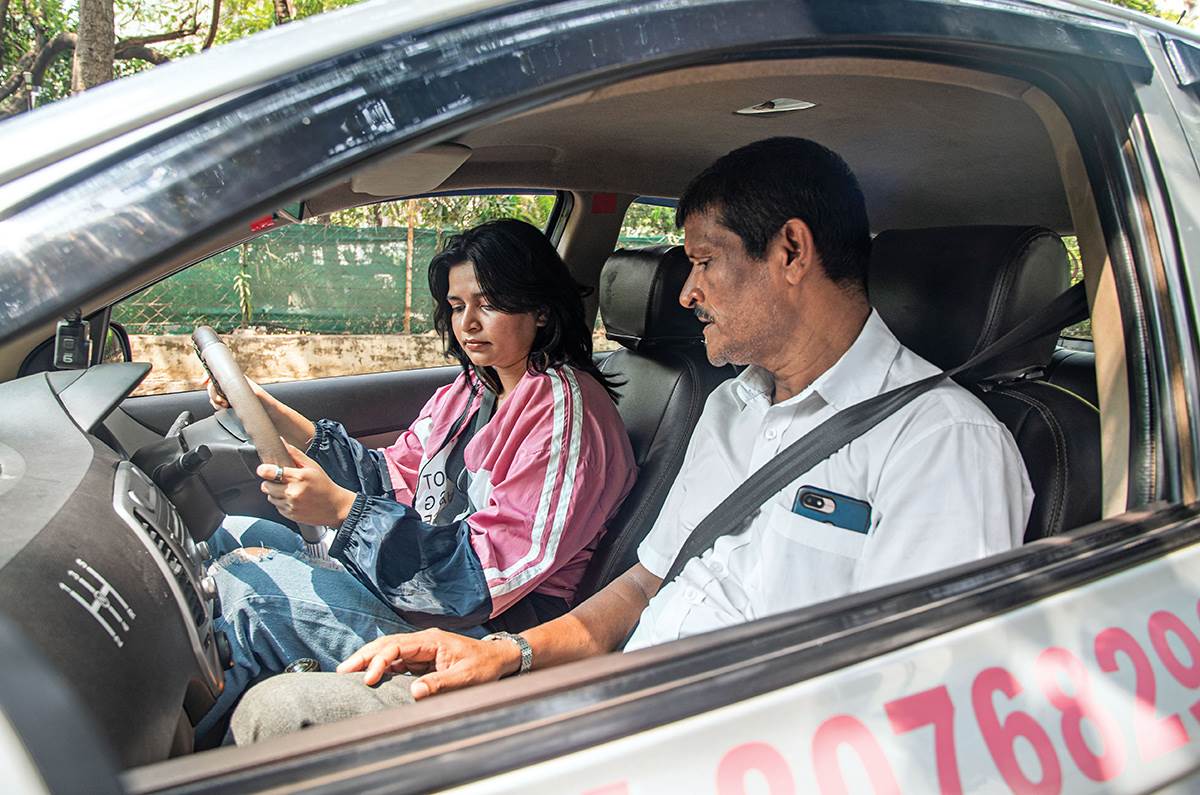 Shivalika’s driving journey has gotten off to a great start, courtesy #BeTheBetterGuy.

The next couple of hours provided us with a peek into the minds of the young and aspiring Indian driver. While a lot of them appeared to be getting the hang of driving on the roads, spotting gaps in traffic, and anticipating annoyances, both students — and their instructors — were in the dark about some very basic rules. When we asked them about who gets the right of way on a roundabout, they gave several answers except the right one, which is, of course, that they would need to yield to any other vehicle that is already using the roundabout. 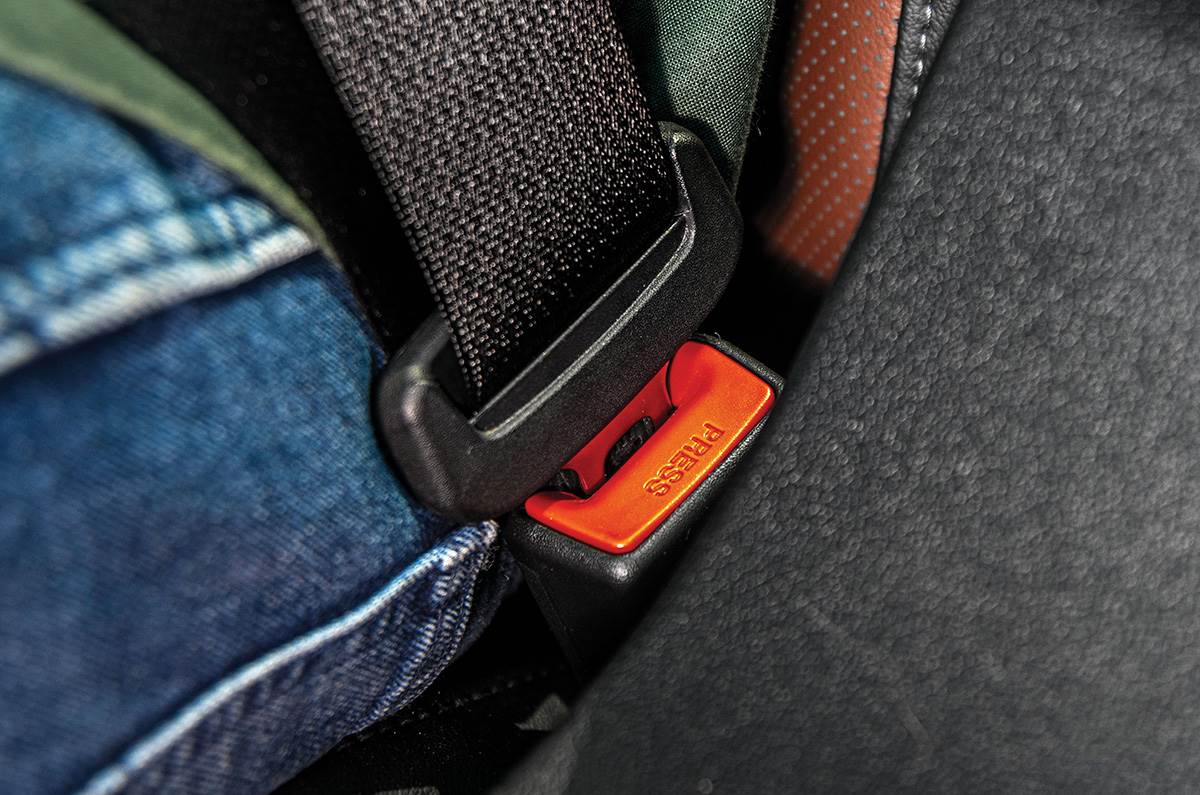 Another response — to a question on rear view mirrors, from the instructors  — was not exactly what we were expecting. Turns out most instructors don’t really use the side-view mirrors and instead only rely on the rear-view mirror. And exactly when can we not wear seatbelts, we asked them? The responses were highly inaccurate and it would have been funny were it not for the fact that the lack of information about road safety and rules directly impacts each one of us on the road. 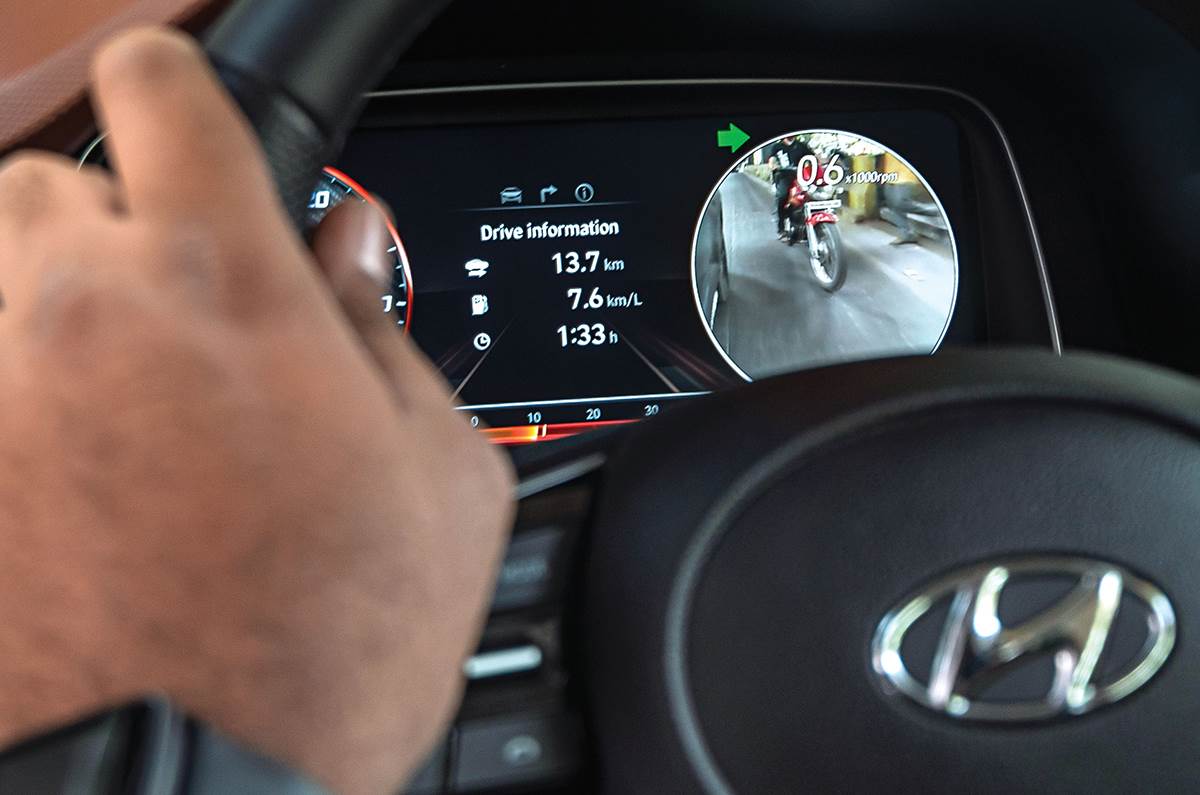 Following traffic rules helps you drive safe. Things, of course, get better if you have stuff such as the Hyundai Alcazar’s Blind View Monitor on your side.

So, we took the students at both schools for a spin in the Alcazar and delivered, with the help of our checklist, a quick masterclass on road safety, and the onus on us to be responsible drivers with a grasp of traffic rules. Turns out everyone listens if things are explained to them in an interesting and engaging manner, and we encountered several questions not just about traffic rules and road safety, but also about how technology is coming into play to reduce the number of accidents and fatalities. As the sun went down, we looked back on the day with satisfaction. We’d done our bit to help a bunch of youngsters — and their instructors — get acquainted with the concept of road safety, and were glad to have played our part in one of the most influential road safety campaigns in the recent past.