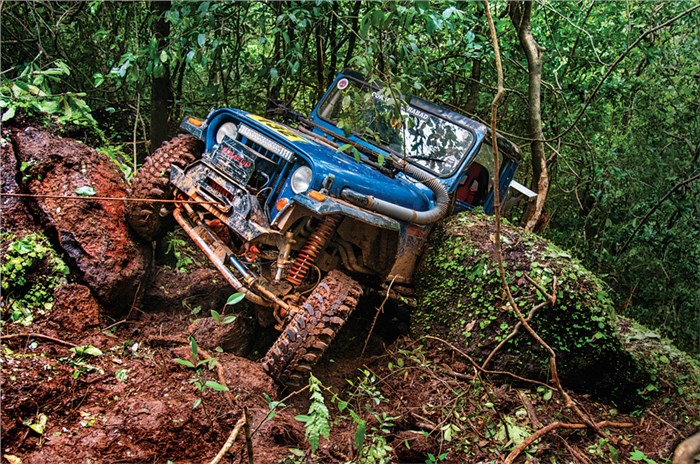 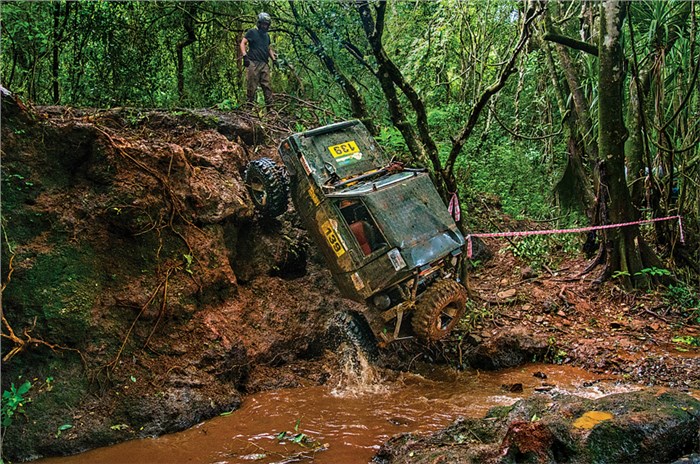 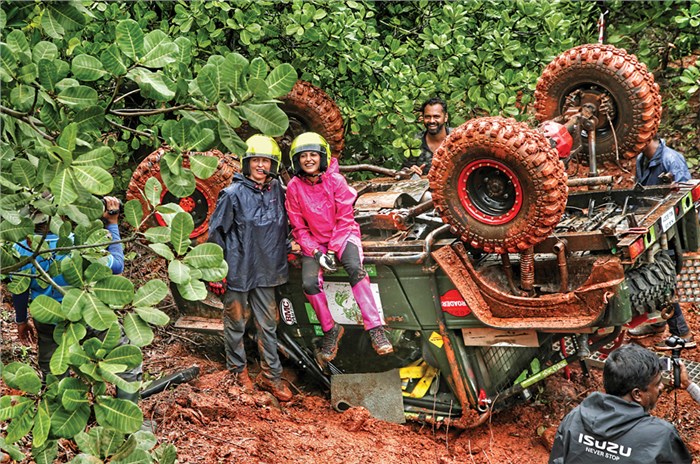 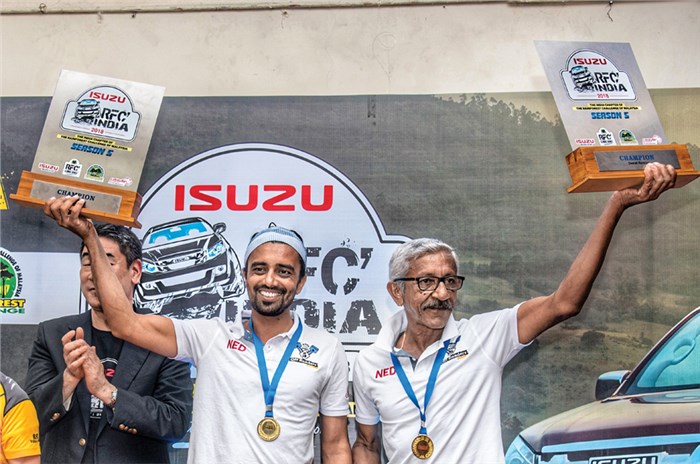 Adversity is never in short supply at India’s most challenging off-road competition. Yet, competitors return year after year. We head to the 2018 Rainforest Challenge India to find out what makes it so addictive.

It’s a little past mid-day. A gentle breeze wafts in, bringing with it the salty essence of seawater; the sun peeks out from behind the clouds as the waves sweep gently onto the coast of Calangute beach. A near-perfect vacation in the party capital of India.

But that’s not where we are, and a vacation is surely not what this is. We’re 60km south of that scene, in the deep reaches of a forest in the sleepy town of Quepem. There’s no breeze here, just the mild hum of a stream flowing by and a blanket of mugginess hanging in the air. Shattering the tranquility is the roar of the hard-charging Car No. 139, heading winch-first into Special Stage 21 (SS21). It has to ford the stream, before stopping to scale what is practically a near-vertical rock face.

It seems improbable, unreasonable even, but in a matter of minutes, Gerrari Offroaders’ Sanbir Singh Dhaliwal clears the stream, jumps out of his battle-prepped Gypsy, hooks up the winch to a tree with the help of co-driver Gurpartap Singh and, in spectacular fashion, the car scrabbles up the rock face. “Technique,” says a competitor watching the action. Dhaliwal is in charge and the spectators are in awe. 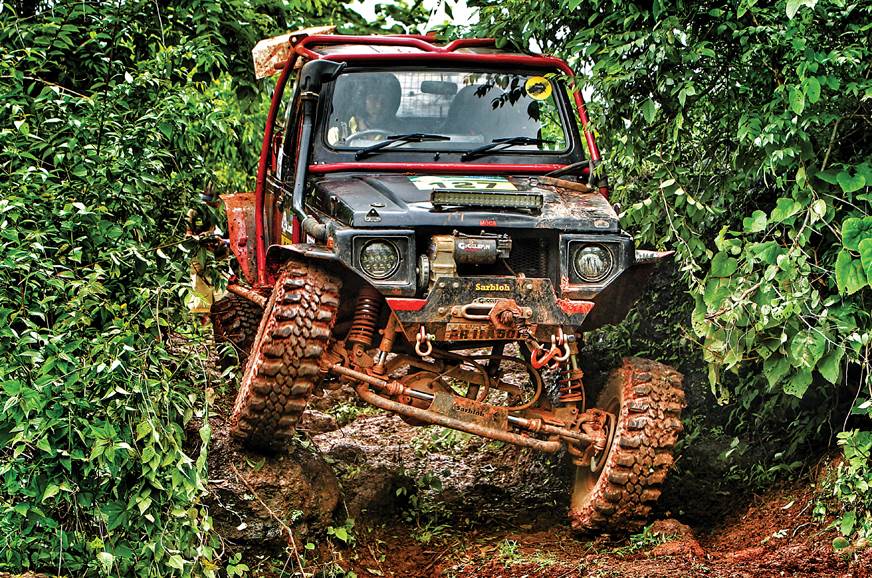 WELCOME TO THE RAINFOREST CHALLENGE INDIA

Don’t for a moment think the RFC is just an assortment of tasks that look risky but are doable. There’s only so much you can push beyond the realms of what’s possible, as the competitors learned on the first day, at the very first stage. SS1 was difficult as it was, requiring teams to take on two exceedingly steep ascents and then descend to the other side – and then it started to pour. What was already asuper-tricky stage was rendered nigh-unconquerable by the rain.

Those who were stubborn enough to take it on were left broken and stranded; and those wise enough to grasp the danger of the task at hand did the bare minimum required to safely bag a few points – start the stage and return from the first checkpoint. No point going all out on the first day of a competition that lasts a week and promises to put challengers through hell each day. It’s less about being the fastest through a stage and more about vehicle preservation, I’m told. 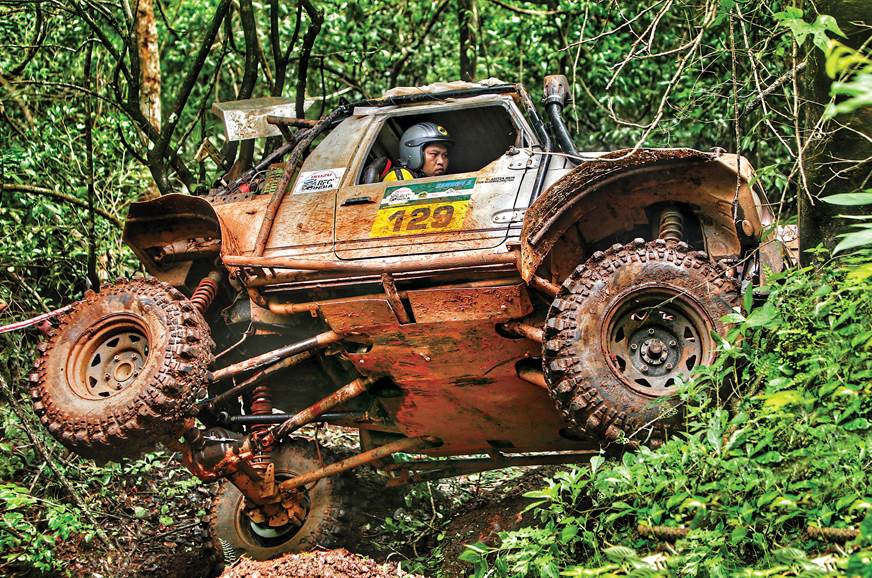 It’s easy to misstep and be stranded for a long time in a tricky SS.

With the exception of a rest day – forced, because Day 1 continued overnight and spilled over onto Day 2 – the fifth edition of RFC India was engineered to put competitors to the sword every single day, without a pause. According to David Metcalfe, Chief Scrutineer (and the man who designs the stages) this year’s challenges were “the toughest ever”, and were meant to be “exhausting, physically and mentally”. Over the next three days and over 10 special stages, 38 teams dealt with obstacles in every shape and form; from wading through deep water pits and climbing up stone walls to doing all this in pitch darkness. I’d expected at least half the field to have been wiped out by the time I landed in Goa for the last few stages – but boy was I wrong.A majority of teams were somehow still in it, still pulling hard.

This is a fickle (and cruel) sport. Dhaliwal and Singh were participating in the RFC for the third time. They’d been at the top of the table for the first two days, but a winch failure on Day 3 sent them tumbling down the rankings. In a competition so closely contested by India’s best off-roaders, the margins are fine, and second chances are rare. Another team participating for the third time was the V5 Offroaders, with veteran rallyist Jagat Nanjappa at the wheel and Chethan Changappa in the co-driver’s seat. They exercised caution on the first two days and eased into the lead when the Gerrari duo faltered. In this world, one man’s misstep is another man’s progress. 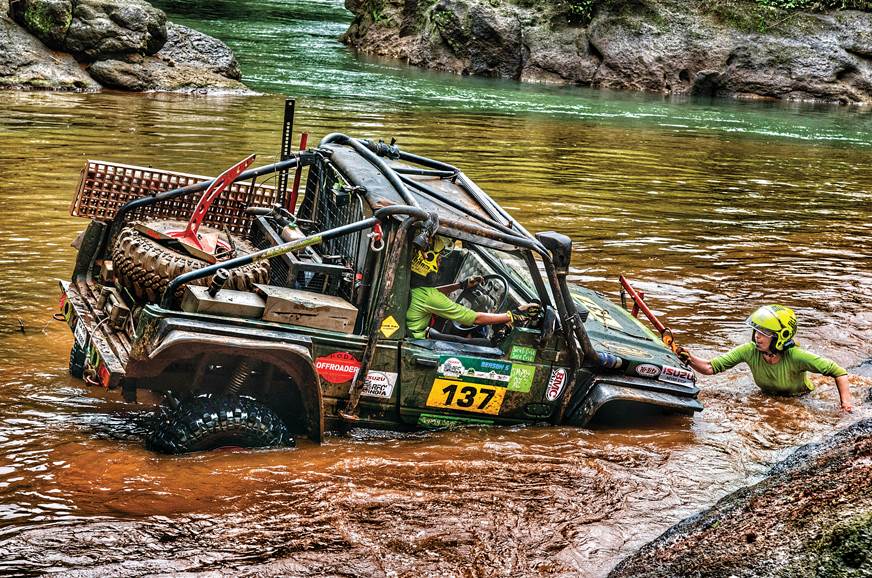 In a first for RFC India, there was a women’s team this year.

Stages 22 to 25 – aptly named ‘Terminator’ – were as hard on the teams as the ones before them. More streams, more drives up slippery inclines, and boulders that have the potential to destroy vehicle undersides, and yet, the competitors refused to quit. The top teams mastered the stages, and the ones who couldn’t, dusted themselves off every time they stumbled and just kept on going.

Mind you, this event is truly demanding on everyone involved, in every conceivable way. It is an event that makes you question the point of the whole thing – but it was during SS24 that I got a clearer perspective on what it is that makes these battle-hardened men return year after year.

Dhaliwal and Singh sat pensive on a massive boulder at the edge of the stream, with the former’s arm bandaged after suffering an injury in the previous stage. They knew the title was out of question, and even a place in the top three was mostly off the table. They could simply throw in the towel at this point. But as I found out upon asking, their reason for pushing on is greater than winning a title. 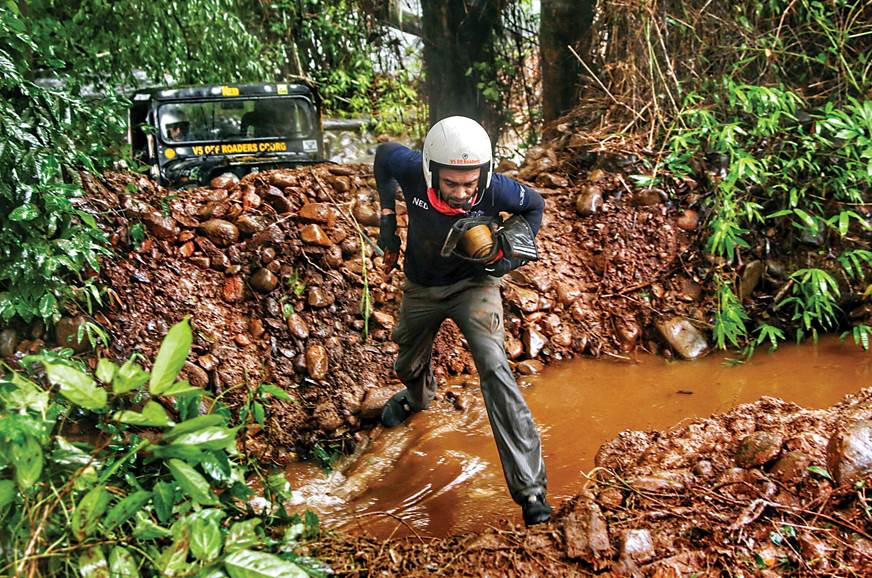 This edition placed an even greater importance on the abilities of the co-driver.

“Our winch let us down at the wrong time, but we don’t think about that. Winning or losing is all about destiny. This is what we do; our way of life. We’re here to have fun” said Dhaliwal.

SS26 was meek compared to the stages gone by, and was largely a walk in the park for Nanjappa and Changappa, who won the event by a handsome margin. Nanjappa was among the more senior participants at RFC India, but he clearly doesn’t believe in the concept of ageing and time. A query about his age prompts him to ask me, “Do you have a million dollars in your pocket?” And if you were to see him dance atop his jeep, you’d fully get his point – him being 59-years old is no hindrance to his off-roading aspirations. He doesn’t have to do this, but he’s been doing it for so long, it has become a part of who he is. There’s no quitting, just pushing and hoping luck is on his side. It is, like he says, “a game of skill, temperament and fortune”.

It’s a sentiment mirrored by nearly every other competitor; including those who have been doing this for years, as well as those who have only had their first taste of the bittersweet pill called the Rainforest Challenge. Didn’t work out this year? We’ll be back next year. And if it doesn’t work out then, we’ll be back the year after that. This attitude of the challengers is almost contagious. And if they’re going to be back for the next one – count me in, too.

WHAT IS THE RFC?

If it looks nearly impossible to do in a 4x4, it’s likely just another stage in the RFC – or at least that seems to be the event’s motto. In 1997, the RFC was conceptualised and founded by Luis J.A. Wee. The competition aims to not only test the capabilities of the 4x4s, but also the physical and mental endurance of the participants. There are several chapters of the RFC across the globe, with the winners eventually meeting at the RFC mother event, in Malaysia. 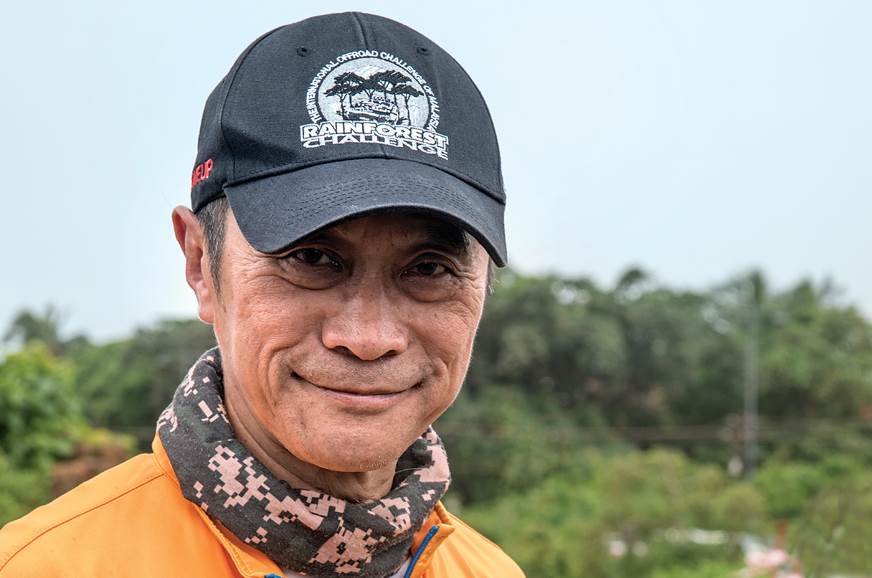 In what way has RFC India grown over five editions?
Compared to the last four editions, in this edition, I can see the growth not only in the hardware – in terms of how well prepared the 4x4s are – but also in the software – the mental preparation of the participants. The teams in the top five this year, I can tell you, are all fully qualified to be in the RFC mother event.

Have you considered holding the RFC mother event in India?
When the time is right, of course, we can hold an RFC mother event in India. But to do that, we need government support . In Malaysia, we have Tourism Malaysia and the government supporting us, so we have all the facilities. To do that here, we’ll require similar support for a major RFC event. But nothing’s impossible. With Season 5, I can see the organising and the marshalling are all well integrated with the mother event. It’s only a matter of time.