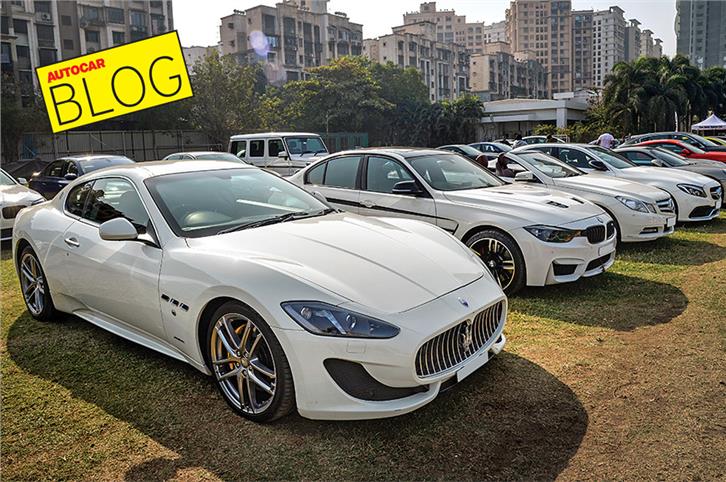 Perseus talks about how some of the largest car communities in Mumbai started on WhatsApp.

Apps are changing the way we live and drive. There is an app for everything, from booking your new car to setting a service appointment and even fixing your car. An app can unlock features on your car and, in the near future, even park your car.

An app that’s had a greater impact on the car enthusiast community as compared to any other is WhatsApp. There’s a WhatsApp group for every kind of car and bike enthusiast – from air-cooled VWs to classic Maruti enthusiasts. There’s also a group for supercar owners residing specifically in South Mumbai. I’ve actually lost count of how many car and bike groups I’m a part of. All I can say is that a day off from reading your WhatsApp groups can leave you with hundreds of unread messages! I’m not exaggerating!

In current times, social media car communities are becoming an integral part of every car enthusiast’s life. From catching up for coffee to being invited to an exclusive car launch, being part of a car group helps make members feel privileged and kind of empowered. For example, if there is a dispute, people will find negotiating with service centres and independent garages easier and more straightforward due to brands’ fear of social media stigmas.

There is also so much to learn from social media car groups on topics ranging from restoring classic cars to tweaking modern sportscars. The best bit for me is to connect with owners of similar cars from the most remote parts of the country, and besides the regular exchange of parts and troubleshooting tips, you also get to know about a rare car that pops up for sale occasionally. I am pleasantly surprised to learn that there are a lot more classic Ferraris and air-cooled Porsche 911s in the country than I originally thought.

Unfortunately, at times, I’ve seen groups lose their core focus or try too hard to get official recognition from manufacturers and others. For me, what really matters is to drive and engage with fellow mates – not an approval of any sort. Some also join groups for selfish motives, like to sell their cars, and I’m glad to see a lot of groups taking corrective measures to prevent this. However, I am also not in favour of being too uptight on entry into informal car groups.

Cross-country drives with classic cars, or early morning breakfast drives with a sportscar group can be great fun and is the sort of stuff such groups thrive on. Some of the largest car communities in Mumbai started as WhatsApp groups. For example, the Classic Drive Group (CDG) meets every Sunday morning at Horniman Circle to drive their classic cars, while the Throttle 97 group meets regularly and drive their performance cars; both groups started on WhatsApp.

You could either buy a car and drive the wheels off it or be like me and preserve them to the extent of them going from being national race winners to garage queens. My advice is, join or form groups to drive cars, talk about motors, tyres and all things automotive whilst you bond with a bunch of like-minded individuals.