Shape up or ship out: Harley’s India dilemma 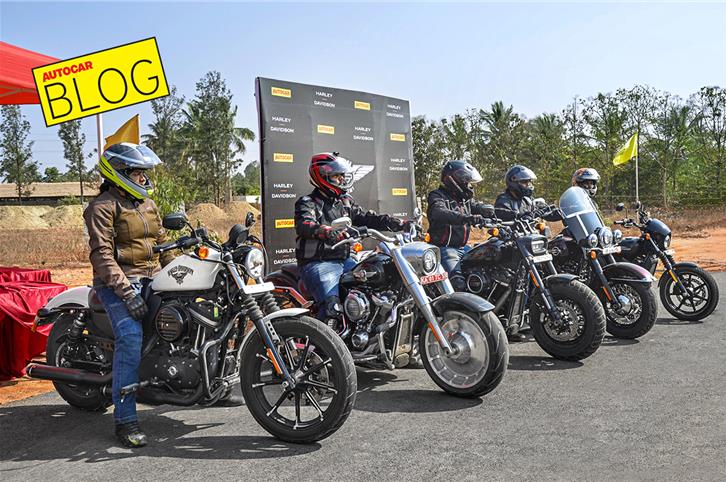 For once, Donald Trump has had nothing to say about his pet peeve: India’s high tariff structure on Harley-Davidson bikes. Perhaps, this is because the US president already has his hands full with the imminent elections as well as the havoc caused by Covid-19 to the American economy. Harley, meanwhile, has made it quite clear that it will only stay in relevant markets as part of its new ‘Rewire’ initiative.

Speculation is rife that this will mean exiting India where the company has a plant in Bawal, Haryana. It came in with a bang over a decade ago, strengthened the global relevance of India as a manufacturing hub with the Street 500 and 750 but just lost its way thereafter.

Sales have, at best, been averaging 3,000 units annually which is hardly good news from the viewpoint of profitability. Things have just not gone right for Harley in India and the renewed priorities at headquarters in Milwaukee could imply that the curtains here could fall anytime.

Yet, this is contradictory to what the iconic American bike brand had outlined for itself barely two years ago. The leadership team had, at that point in time, reiterated that it made little sense to ignore growth prospects in Asia. The way forward was to create a new range of midsize motorcycles (250–500cc) which would be competitively priced and sold in markets like India, China and ASEAN.

In an elaborate investor presentation (More Roads to Harley-Davidson: Accelerated Strategy) of July 2018, Harley referred to consumer spending on discretionary, premium products “reaching critical mass in China, India and Southeast Asia”. While China’s motorcycle volumes were “expected to grow rapidly”, India’s 250-500cc motorcycle segment was expected to grow at around 25 per cent annually through 2021.

The next step, therefore, was to enter into a strategic alliance in Asia to launch a 250-500cc motorcycle within two years in India (hence 2020), and into other emerging markets in Asia over time. The idea was to “expedite market entry and increase brand access and volume” while leveraging its “world-class” partner’s manufacturing scale and retail footprint.

Clearly, Harley was keen on roping in an ally for India to make its vision a reality. After all, big brands like Triumph and BMW Motorrad had forged tie-ups with Indian two-wheeler makers like Bajaj Auto and TVS Motor Co. This was the only way to strike the balance between costs and quality while targeting a larger buyer base in India and other emerging markets.

Bajaj Auto had already shown the way in its partnership with Austrian bike maker, KTM, where the Chakan plant became the new manufacturing powerhouse. It is from here that KTM motorcycles in the 125-400cc range are made and shipped out to various parts of the world.

This is the kind of business model that Harley was looking out for and the first big step in Asia was to forge an alliance with China’s Zhejiang Qianjiang Motorcycle Co, a subsidiary of Geely, to make sub-350cc motorcycles. It looked as if this would extend to India too but Benelli, which is owned by Qianjiang, already has a presence here.

Harley was clearly keen to join hands with a local player but the options were limited considering that Bajaj and TVS (which recently acquired Norton) were already committed to their own partnerships, which only left Hero MotoCorp as a potential ally. There has been no official confirmation if the two are likely to join hands even though this could make perfect sense from the viewpoint of economies of scale that Hero brings to the table.

Yet, going by the new focus on ‘Rewire’ and the urgency to reboot operations across the world, time could be running out for Harley in India. Should the leadership team here present a new business plan which factors in a strong partner, the American brand will hang in here and fight it out. On the contrary, if the lacklustre story continues, it may be compelled to pull out.

The bigger problem is that Harley is facing headwinds across a host of markets including back home in the US, where the erstwhile lot of loyal riders is now rapidly disappearing. GenNext has a huge choice of mobility options, which does away with the onerous issue of vehicle ownership. Worse, Covid-19 has been the last straw on the camel’s back.

“In ASEAN, Harley has strong markets in Thailand and Korea. It may choose to use the CBU route from Thailand to service India instead of continuing to lose money here,” says a top industry executive. In his view, this is the better option since the HOG community in India (see the panel alongside) will be more than pleased to have a Harley connect still in place even if this means buying imported bikes.

Yet, there are no two ways about the fact that a Harley exit from India will make for bad optics. The car space has already seen Daewoo, Peugeot (which is now back in a Citroen avatar) and General Motors, calling it quits. Eicher Polaris then slammed the brakes on the Multix while local automobile brands like Hindustan Motors and Premier Automobiles also shut shop earlier.

Such exits cause a lot of pain in terms of jobs lost as well as to the extended supply chain which depends on the OEM for business.  More importantly, a loss of goodwill will hurt the most and this is something the Harley-Davidson management will need to consider when it takes a final call on India.