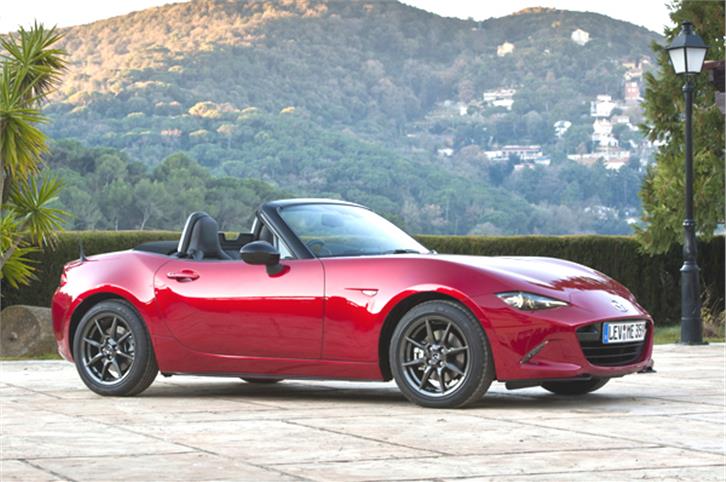 Yes, in my books, this is a very deserving World Car of the Year. Here's why.

Right sizing. In my books, it is a golden concept. Crowned World Car of the Year 2016, the all-new Mazda MX-5 is the perfect example of it. The previous generations of the MX-5 have been trendsetters for 'just about enough' formula. To have fun, you need to have just the right amount in every aspect - power, weight, size and grip. Not too much, not too little. The focus though, is accessible fun. Not speed, not acceleration, not skid-pad Gs, or lap times. It’s why the MX-5 was an icon in the first place.

In this world of overly protective rules and regulations, the fact that the Miata was made almost feels like a miracle. Mazda took great pains to get the Miata right, and so it applied the 'Gram Strategy'. As the name suggests, the engineers shaved every gram wherever possible. The result is an all-new MX-5 that is smaller, lighter and lower than the outgoing car! And, that is despite facing up to all the safety and packaging challenges that modern cars need to meet!

Okay, 130hp from a 1.5-litre four-cylinder engine isn’t something that will excite most of us even in India. Even the higher-spec 160hp, 2.0-litre motor isn’t all too exciting. But all this power is sent via a simple six-speed manual gearbox to the rear wheels. And all of that is used to propel a car that weighs less than a tonne! Although the 0-100kph time of 8.3 seconds isn’t poor, what will entertain you is the fizzy 7,500rpm red line. So, having fun needn’t infringe on public safety either.

With a small but rapidly growing number of car owners, India’s fascination with the automobile has only just begun. Now, only if every person learning to drive was made to drive the MX-5 he, or she, would stop thinking of cars as inanimate objects for personal transportation or for boosting self esteem. It would show that the joy of cars isn’t holed up on a hill in Italy or lacquered in swathes of carbon fibre and polished on plates of titanium. Simple, thrilling and pure joy of driving, isn’t fiction, it’s real. Sadly, it just isn’t here. I guess we’ll need another miracle for the World Car of the Year 2016 to make it to India.