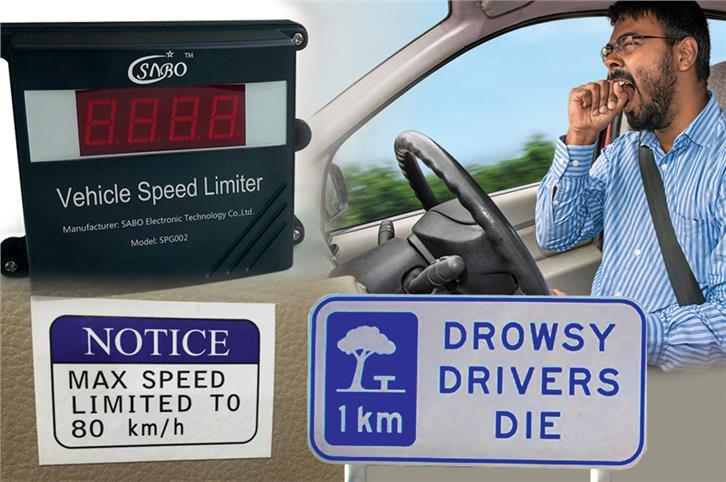 A low speed limit may not necessarily be a lifesaver.

Shapur talks about new speed limits for taxis and cars.

Some months ago, the authorities imposed a speed limit on all taxis across India. Done in an attempt to make taxi journeys safer, it seemed like a step in the right direction. Taxis today are fitted with a speed governor every time they apply for recertification. And now every new taxi purchased gets one as well. Once installed, you can’t cross 80kph. One easy step that saves thousands of lives, apparently. But things are rarely that simple.

For one, taxi drivers are falling like flies. It really isn’t difficult to understand. Let me as you a question: what’s the most difficult thing for a taxi driver? Remember many of these guys (and some girls) work 14- or even 16-hour shifts. No, it’s not traffic, it isn’t the weather, and it certainly isn’t a lack of driving skills.

The most serious threat taxi drivers in India face is fatigue. They work such long hours, and they are often only minutes away from falling asleep. Yes, many of them nap in between journeys, and some even work reasonable hours, but next time you take a ride in a cab to or from the airport, take a look at how tired your driver is. It will give you heebie-jeebies. And now authorities, in their infinite wisdom, have gone and added fuel to the fire.

Is there a better way to put drivers to sleep than to impose an artificially low speed limit? A limit of 80kph is all very well for slow city traffic, but at night, when our wide open three-lane roads are deserted, we’re just asking for trouble. In trying to protect ourselves, we may have created a seriously dangerous situation.

It only gets worse on open highways. Taxi drivers here are only dodging faster cars, bikes, busses and even trucks. And let me tell you, being squeezed to the side of the road regularly by the heavies isn’t fun; not after two hours of dodgem trucks.

Try it yourself next time you are on a wide open highway, even if your journey is only for a couple of hours. Try and stick to 80kph. And then remember the number of hours taxi drivers work. Imagine having to drive at a speed where you are so slow, you literally have nothing to do for hour after hour after hour. Of course, you’ll fall asleep. Our speed governors just have to be reset for more open roads and highways. And by a good margin; no half measure will be effective.

What we need to do is use driver cards to log time behind the wheel (it really is dead easy), we have to focus on driver training, especially for commercial drivers. And then there’s the matter of overspeeding. We seriously need to up the game when it comes to post-accident analysis. Every second accident that takes place on our roads just doesn’t happen due to ‘overspeeding’; that’s just an easy way to close the case.

Making our roads safer isn’t easy, and taking shortcuts will get us nowhere. We need better roads, better policing and better driver training, only then will the death rate come down.