We see passenger vehicles growing at 9 percent, close to 9.2 percent, in 2017 fiscal; SUVs to continue leading the growth. 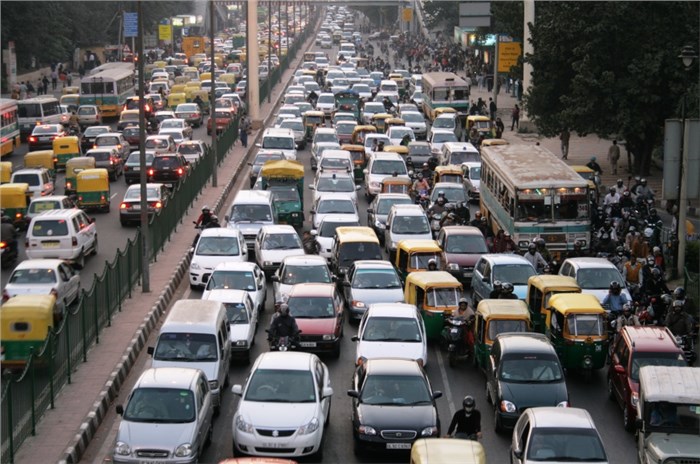 The Society of Indian Automobile Manufacturers has forecasted growth in passenger vehicle sales at 9 percent in the fiscal year ending March 2018, flat from the 9.2 percent growth witnessed in 2017 fiscal.

However, apex automotive industry body sees growth at the higher end of the earlier projected 7-9 percent due to the fading demonetisation effect and improvement in investment outlook in the coming future, along with improvement in demand as buyers put uncertainty caused due to GST behind them.

Additionally, SIAM sees reduction in interest rates on car loans – from 11.25 percent in October 2016 to 10.75 percent, at present – as a boost for the PV segment.

So far, this year the auto industry has witnessed an upbeat growth in passenger vehicle sales. Volumes stood at 2.4 million units in April-December 2017 – up 8 percent, year-on-year.

Utility vehicles are set to lead the passenger vehicle growth charge, this fiscal, just like the previous year. SIAM projects UVs to grow at 20 percent and passenger cars at 7 percent. According to Puneet Anand, head of marketing, Hyundai Motors India, most car buyers will continue to favor UVs, as the aggressive segmentation of the UV category has improved affordability.

“After various segmentation, the price difference between UVs, traditional sedans and hatchbacks has narrowed, making them more affordable,” said Anand. “Now customers with a budget from Rs 5 lakh to Rs 30 lakh and more have the option of choosing an SUV; which was not the case, earlier.”

Indian automakers have responded to the rising preference for SUVs among consumers by ramping up their model line-up with such vehicles; and meeting with considerable success. Models like the Brezza, Creta, EcoSport and Duster have already posted upbeat volumes and have taken over traditional ladder-on-frame UVs, in terms of sales.

For instance, Maruti Suzuki has outpaced the country’s UV major, Mahindra & Mahindra, to become India’s largest UV maker. Riding the back of its most popular SUV – the Vitara Brezza – Maruti grabbed 28.60 percent of the UV market share in April-December 2017, as against 25.76 percent in the previous year. In the same timeframe, market share of Mahindra dropped to 25.01 percent from 28.76 percent.