Indian Oil has invested about Rs 17,000 crore to upgrade its facilities to meet the new emissions standards; BS6 fuel available at nozzle level two weeks ahead of deadline. 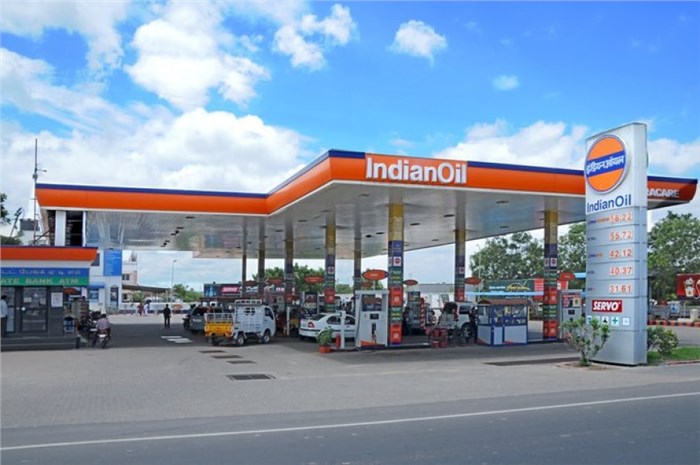 A fortnight before the BS6 emission norms mandate kicks in on April 1, Indian Oil has confirmed its readiness to dispense BS6 fuel, at nozzle level, from over 28,000 of its fuel stations across the country.

In a message shared on Twitter, Chairman Sanjiv Singh said that on March 16, Indian Oil became totally BS6-complaint in automotive fuels right from its refineries down to the pump nozzles at all its fuel stations spread across India.

"With this, we have fulfilled our commitment of ushering clean, conventional energy in the country and kept our promise of delivering the cleanest fuels in just three years which is an unprecedented achievement. Also considering that India is perhaps the only country to leapfrog directly from BS4 to BS6 ultra-clean petrol and diesel, the timely completion of this ambitious initiative will go a long way in enhancing India's credentials as a world-class refining hub in Asia, with the fourth largest refining capacity in the world."

"As you may be aware, Indian Oil refineries have implemented BS6 clean fuel projects at a combined cost of about Rs 17,000 crore. These included installation of new units like diesel hydro- treater, gasoline isomerisation, hydro-desulphurisation and revamp of existing processes, offsite and utility facilities, several of them being our own in-house developed technologies at our R&D Centre," said Singh in his statement.

It may be recollected that by January 31, 2020, Indian Oil had achieved the conversion from BS4 to BS6 fuels at 80 percent of its 121 bulk storage terminals across India.

Indian Oil, which has invested about Rs 17,000 crore for upgrading its facilities to the new emissions standards, accounts for nearly half of India's petroleum products market share, with sales of about 90 million tonnes in 2018-19.  State-owned OMCs have together thus far invested over Rs 30,000 crore to upgrade their refineries for the production of cleaner BS6 fuels. BS6 fuel contains five times fewer sulphur traces and about 70 percent less nitrogen oxide in diesel engines; 25 percent in the case of petrol engines.

Since October 2010, Bharat Stage (BS) III emission norms were in place across the country which allowed sulphur content in MS (petrol) & HSD (diesel) up to 150ppm (parts per million) and 350ppm, respectively. From April 2017, BS4 norms, which allowed sulphur in MS (petrol) & HSD (diesel) upto 50ppm level, kicked in. From April 2020, BS6 norms will bring down sulphur by 5 times, which is a whopping 80 percent reduction and will help make the environment substantially cleaner.