Under the second phase of the FAME India scheme, electric vehicles will benefit from Rs 5,500 crore investment. 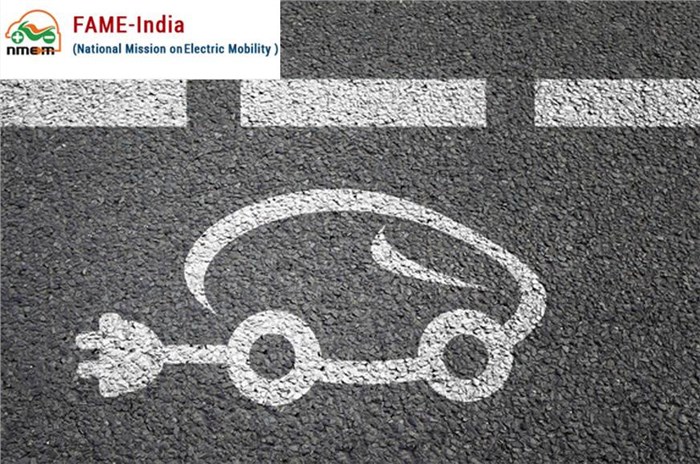 The second phase of FAME (Faster Adoption and Manufacturing of (Hybrid &) Electric Vehicles) India scheme has been finalised by an inter-ministerial panel. According to PTI, this will include an investment of about Rs 5,500 crore over five years which will provide subsidies for all types of electric vehicles.

The panel has decided that subsidies will be available to all categories of electric vehicles – two-, three- and four-wheelers – in order to promote green vehicles and check pollution. The decision was made by top officials from road transport and highways, finance and heavy industry ministry, along with government think tank NITI Aayog.

With an aim to promote eco-friendly vehicles, the government had launched the FAME India scheme in 2015. Currently, incentives are being offered on proper hybrid and electric cars, two-wheelers and three-wheelers. FAME phase II will ensure incentives are given to a wider range of EVs. The scheme will provide subsidies to battery-operated scooters and motorcycles in a range of Rs 1,800 to Rs 29,000, based on their technology. For three-wheelers, the incentives will range from Rs 3,300 to Rs 61,000. At present, the manufacturers claim the incentive from the government at the end of each month.

As of August 24, 2018 around Rs 264 crore worth of incentives were given out and a total of 226,557 vehicles have benefited from the scheme, according to the National Automotive Board, under the Department of Heavy Industry ministry.

In response to the FAME II extension, Mahesh Babu, CEO, Mahindra Electric, said: “We welcome and thank the government of India for considering and extending the FAME scheme for all type of electric vehicles. We had always been requesting FAME support for EVs for at least 2-3 years.  The decision to support all type of vehicles will enable the vision of sustainable and zero-emission vehicle adoption, a reality to Indian consumers.”

Responding on the impact of this scheme on adoption of EVs, Babu told our sister publication Autocar Professional: “The adoption of EVs both in private and public mobility is important at initial stages of technology and ecosystem adoption. The pool of electric vehicles will enable the charging and other electric support systems to develop. While we expect the fleet and public adoption to lead the way, the private usage will continue to bring new requirements from market to the industry.”

When asked about the reduction in the earlier proposed allocation, he said: “I think the coverage of all kinds of electric vehicles is more important at this stage than the overall budgetary numbers. The budget provided will kick-start the adoption of EVs and reinforces the intention of the government to adopt new and sustainable technologies. Clear policies and continuation of FAME-II scheme for electric vehicles will also give a boost to the auto industry to invest in EV technologies, which Mahindra has already committed to.”

Commenting on the decision, a Tata Motors spokesperson said, “We welcome the move by the government to extend subsidy support for all categories of vehicles through the FAME II India Scheme. This clearly shows strong resolve of the government towards realisation of Vision 2030 and high degree of commitment towards pollution alleviation. This move will encourage all the eco-system players to take aligned actions for accelerated adoption of zero-emission vehicles.”

Sanjay Krishnan, CEO and co-founder, Lithium Urban Technologies said: “There is a growing demand for electric vehicles in India with a greater number of corporates seeking electric mobility. Lithium’s growth has been at par with the FAME scheme and we have received great support from the government and key decision makers on our model.”