Coronavirus and its effect on the global auto industry

Multiple manufacturers have reported Coronavirus-related suspensions in production, with major motorsport races and Auto Shows also being postponed or cancelled. 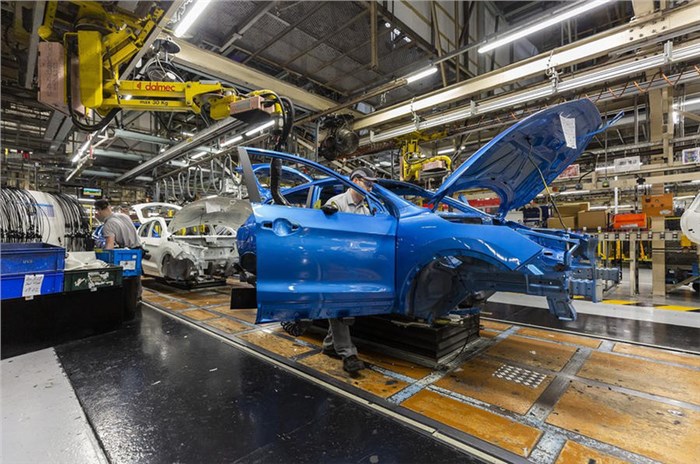 UPDATE: How coronavirus has hit the global auto industry: a timeline

The rapid global spread of the Coronavirus is having a major impact on all aspects of society, including the car industry.

Production facilities are being closed around the world, the dramatic stock market falls has hit the value of virtually every car firm, vehicle sales are dropping dramatically and most major motorsport events have been cancelled.

This is a round-up of how the car world is being impacted:

● Nissan has suspended production at its factory in Sunderland, UK, due to the Coronavirus outbreak.

Around 7000 workers are employed at the facility, which currently produces the Leaf, Qashqai and new Juke models. It is the third car factory faced with temporary closure in the UK, with the PSA Group announcing yesterday that it would close all its facilities, including Vauxhall’s Ellesmere Port and Luton plants.

In a statement, Nissan said: “Vehicle production has been suspended today [Tuesday] in Nissan Sunderland plant. Further measures are currently under study as we assess supply chain disruption and the sudden drop in market demand caused by the Covid-19 emergency.”

● Ford will completely suspend production at its factories in continental Europe from Thursday, March 19. The decision, which the firm expects 'will continue for a number of weeks' will affect two plants in Germany and one in Romania. The firm has already suspended production at its Valencia factory after three workers were confirmed positive with Coronavirus. The firm's two UK engine plants are not affected.

The firm added that while dealerships in some countries have temporarily closed their sales operations, its dealers are committed to 'provide essential maintenance and service across the continent'.

In a statement, Ford said: “We have had three positive cases for Covid-19 on the Valencia site in a 24-hour period, two of which involved more isolated workers that did not enter the assembly operations. We are taking quick action to follow the established protocol, including the identification and self-isolation of all employees who had close contact with the affected workers. We will take all other appropriate steps to ensure that risk from this situation is minimised.”

● The Volkswagen Group is shutting down most of its factories in Europe, with boss Herbert Diess saying that it's 'almost impossible' to forecast the company's 2020 financial performance.

● The first three rounds of this year's British Touring Car Championship have been postponed following the latest UK government advice on limiting mass gatherings. The season was due to begin at Donington Park this weekend. Governing body Motorsport UK is suspending all event permits until at least April 30.

● The Tesla factory in Fremont, California, US is remaining open, despite a "shelter in place" lockdown being issued for the area in which it's located. The plant, where the Model 3 is produced, has been deemed an essential business by Alameda County.

According to the Los Angeles Times, Tesla boss Elon Musk has emailed the plant's 10,000 workers saying they can stay at home if they feel unwell or uncomfortable.

● The Goodwood Members' Meeting, which was due to take place at the Sussex race circuit this weekend, has been postponed due to UK government restrictions on public gatherings. Organisers say they're 'exploring a range of alternative dates' for the event and will continue planning for July’s Festival of Speed and September’s Revival meeting 'in the hope that both events will be able to go ahead as planned.'

● The UK government is in talks with major automotive manufacturers, including Ford and Honda, about producing ventilators for the NHS in their UK production facilities.

The idea has precedent: in China, the car industry is already helping to battle the spread of Coronavirus. Chinese car maker BYD has created production lines at its Shenzhen facility to produce face masks and disinfectants. It says that it's producing 3,00,000 bottles of disinfectant and five million masks per day, making it the world's largest producer of the latter product.

● The PSA Group has begun phased closures of all of its factories across Europe, including the Vauxhall plants at Ellesmere Port and Luton.

● Fiat Chrysler Automobiles has closed majority of its European plans until March 27, including six in Italy and those in Serbia and Poland. Ferrari has also closed its Maranello factory, while Italian brake manufacturer Brembo is also reportedly shutting down.

● The World Rally Championship event in Mexico was halted early so that the competing teams would have extra time to get home, given the increase in travel restrictions. The next event, Rally Argentina, has been postponed.

The impact so far

The 2020 Geneva motor show scheduled for early March was cancelled after the rapid outbreak of the Coronavirus in Northern Italy. The New York and Beijing motor shows, both scheduled for April, have been postponed.

The Australian Grand Prix was cancelled hours before first practice was due to begin, following the withdrawal of the McLaren team after one of its staff tested positive for COVID-19. The subsequent Bahrain, Vietnam and Chinese grands prix have also been cancelled or postponed. Formula 1 bosses are now looking to start the season in late May or June.

In India, while some manufacturers have reported COVID-19-related supply chain issues, carmaker's continue to run their production operations. Several companies like Tata, Mahindra, FCA and Ford have, however, enforced work-from-home policies for their office employees for up to two weeks, in a bid to control the spread of the Coronavirus.