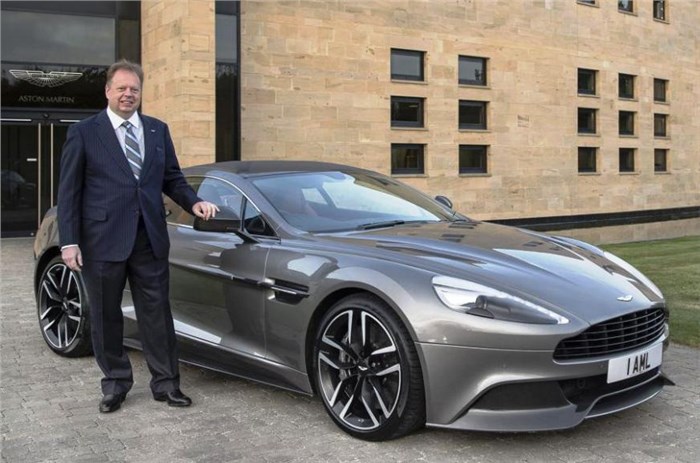 Aston Martin CEO Andy Palmer has lashed out at the UK government’s recent decision to ban the sale of all new petrol and diesel cars from 2040, saying that this decision will either be disastrous or pointless. This announcement, according to Palmer, signifies a political statement from a government that is under pressure both from the court and the public, rather than intent for influential action.

Speaking to our sister publication Autocar UK, Palmer revealed that the timing of this decision will not only endanger jobs and businesses in the UK, but will worsen the uncertainty involved in Brexit too. He added, “It’s not thinking about the consequential effects to the 800,000 people in our industry. It’s not taking into account the impact on things like petrol station garages and the [Ford employees] who have been making engines in Bridgend. Carmakers would be forced to stop building our own engines and have to go to places like Japan, China and Korea for battery technology, where they’ve been working on it with government aid for years.”

Though hybrid cars are likely to be exempted from the ban, Palmer believes the new legislation would have no effect on future trends anyway, since “in 2040 there won’t be a pure combustion car, because hybridisation and plug-in hybridisation will be there with room to spare”.

Aston Martin is one of several brands already invested in electric technology and will launch its first electric model, the RapidE, in two years' time. Fellow British company McLaren is also gearing towards a low-carbon future, with at least half the McLarens having hybrid powertrains by 2022.

This decision from the government comes as part of its plans to table a ‘clean air strategy’ to combat rising levels of nitrogen oxide in the air. The government is also exploring other avenues to tackle air pollution, such as retrofitting new technology in older vehicles, creating ‘Clear Air Zones’ or CAZs, and introducing more green vehicles in the public transport system.