Would love to do a new-gen Sierra: Pratap Bose, Head of Design, Tata

In an exclusive chat, Pratap Bose, Tata Motors' design head tells us about the Tata models he’d like to revive. 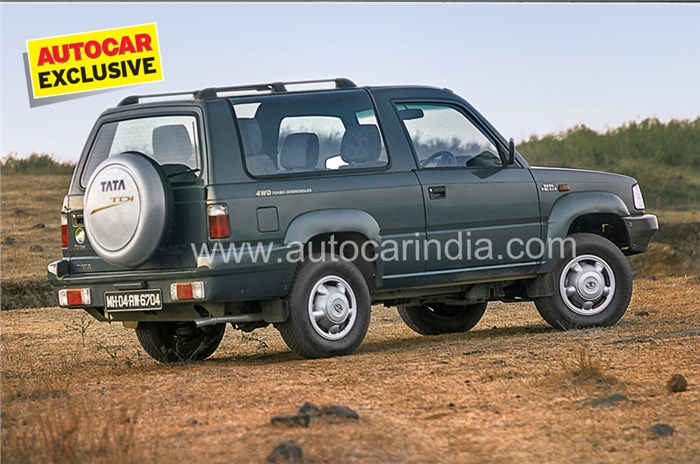 There’s no other way to put it – today, the SUV is the talk of the automotive town. The world is shifting from every other body style to SUVs, and it’s the same in India. However, two decades ago, there weren’t many SUVs around, and it was then that Tata Motors came up with the Sierra – a three-door SUV that debuted a new body style altogether. It was based on the Telcoline’s pick-up chassis, had massive wraparound windows (which didn’t open) for the rear passengers, was powered by a 2.0-litre diesel engine and could even be had with four-wheel drive. While it wasn’t exactly a sales success, most have fond memories of the Sierra, and it’s one product Tata’s design head would love to revive.

In an exclusive chat with Autocar India, Pratap Bose, Head of Design at Tata Motors, said: “A lot of people want to see the Sierra back. I don't know if that would work or not, in some form, but I think a new Sierra would be a very cool car to do, actually.”

And the Sierra is not the only iconic Tata Bose would like to redo for the present day. He also mentioned the idea of working on a new-generation Sumo – a people-carrier that was a fairly common sight on Indian roads in the 1990s and early 2000s – is a thrilling one.

“I would also love to do a modern-day Sumo, a future Sumo. A very honest product, we don't have anything else like it in our portfolio.”

That said, Bose notes that the use case for all kinds of vehicles has changed dramatically over the last two decades and that reviving any of these cars would require investigating if such a product is even feasible in the present day.

“20-30 years back, where that use case was, it may not be there anymore. The Sumo did a stunning job back in its time. It was a real people-mover. Today, I don't think it would fit into that same environment. Society, expectations, everything has changed. So in spirit yes, a new Sumo would have to be a people-mover, but one would have to express it in a very different way,” says Bose.

Having been in his current role since 2011, Bose grew up seeing how Tata Motors went from being a maker of commercial vehicles to passenger vehicles, and mentions how he witnessed the evolution of design for the carmaker with every new model it rolled out – right from the Tatamobile 206 pick-up to the Estate – and picks his favourites.

“If you see the transition from trucks to cars, for me the Tatamobile was incredible. Then there was the Estate – and I loved that car. The Sierra had a huge impact on me, and then there was the Indica, which was outstanding. We also had some concept cars much before my time – the Aria Roadster, and there was a mini-van called Indiva. The Safari was a great-looking car, a definitive SUV much ahead of its time.”

With an eye on the future, Tata is currently gearing up to unleash its new-age products – the Harrier and the 45X – but we can’t help but wonder if somewhere there remains a desire to revive the Sierra nameplate. The original was a novel offering for its time, and it would be a bold move to dabble with a three-door SUV in today’s value-conscious market.

Think Tata should revive the Sierra? What form should it return in? Let us know in the comments.

Catch our full interview with Pratap Bose in our November 2018 issue.