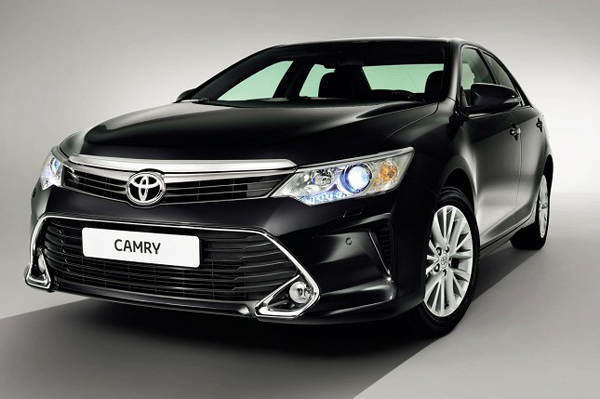 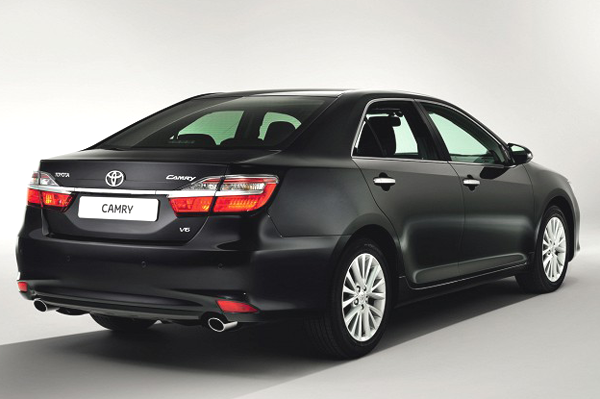 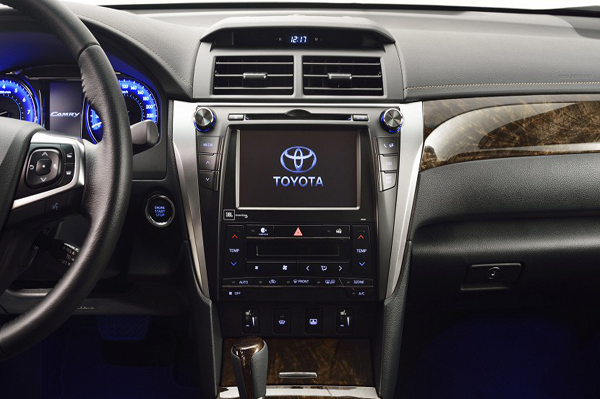 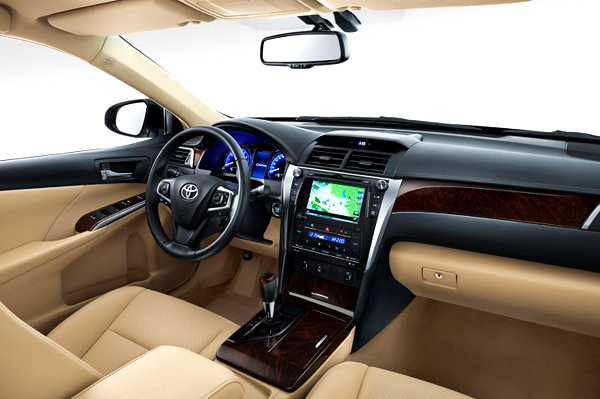 Toyota is all set to launch the updated Camry sedan in India on April 30, 2015. The Camry, in its current avatar,  is on sale in India since 2012. This mid-cycle facelift of the Camry will come with cosmetic changes, and will be available with both petrol and hybrid powertrain options.  We broke the news about the updated Camry hitting our shores in 2015 way back in December last year.

The updated Camry was showcased first at the Moscow Motor Show in November 2014.  It gets styling changes both outside and in – up front, the headlamps are re-styled with LED daytime running lamps and the grille is all-new with a band of chrome on top of it. There’s also a new protruding chin along with a re-designed bumper. These changes align the Camry’s styling with the carmaker's current generation models such as the new Corolla Altis.

At the rear, the boot lid gets mild styling tweaks and the tail-lamps get new LED inserts. The chrome strip on the boot lid is now thinner and divides the tail-lamp into two parts. The alloy wheel designs are also expected to be new on the updated car.

On the inside, the 2015 Toyota Camry has a sporty looking three-spoke multi-function steering wheel instead of the four-spoke unit in the current car. The instrument cluster has also been updated with blue backlight and a larger 4.2-inch screen at the centre. The multimedia screen on the centre console is also bigger at 6.1 inches.

The updated Camry is not expected to get any changes under the skin, and is likely to continue with the petrol and petrol-hybrid set-ups that are on offer currently. Dealers tell us that the updated Camry will be priced around Rs 1 lakh higher than the pre-facelift car, which is now available at a discount of around Rs 1.5-2 lakh, depending on the availability.