Suzuki’s new model comes with a 1.2-litre DualJet engine along with SHVS and AWD. 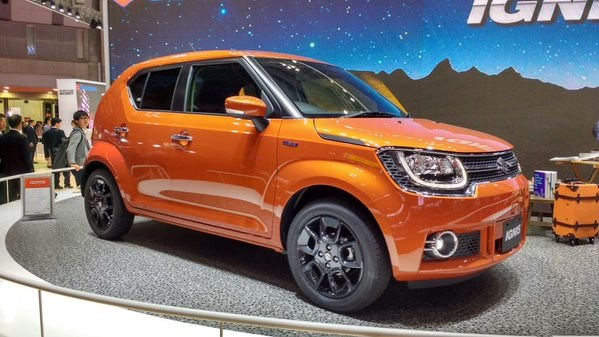 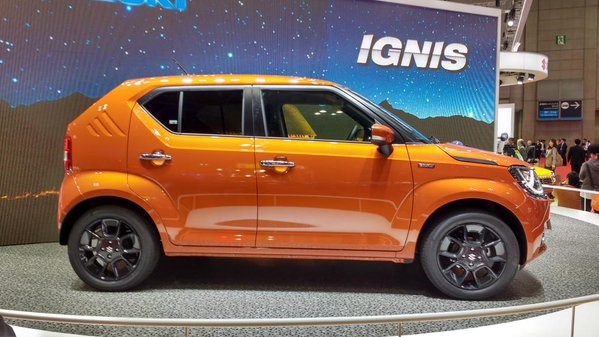 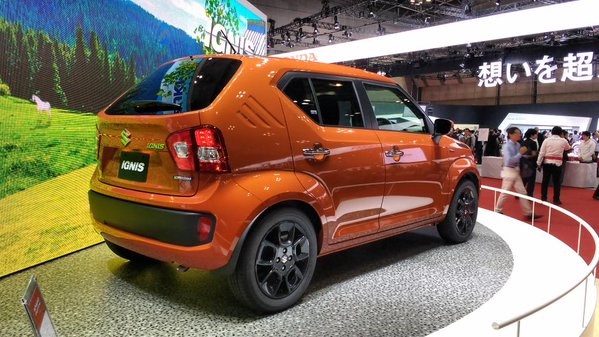 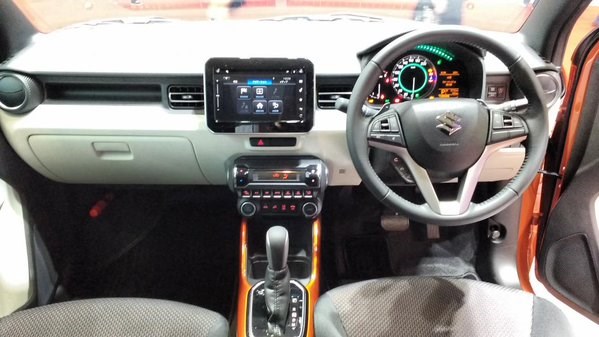 Suzuki has unveiled an all-new compact crossover-like hatchback at the ongoing Tokyo Motor Show 2015.  Called the Ignis, this vehicle was earlier displayed in concept form as the Suzuki iM-4 at the Geneva motor show, alongside the iK-2 concept which was a precursor the recently launched Baleno hatchback. The Ignis name was previously used by Suzuki for a global compact hatchback that also came with AWD.

The production version of the Ignis, like the Baleno, closely sticks to the concept car’s styling.  It sports a large grille with encapsulated headlights, a clam-shell bonnet with  Vitara like vents on the side and blacked-out A- and B-pillars. The wheel arches are flared, and the car rides on 18-inch 10-spoke alloy wheels. It gets projector headlamps and some versions get LED units as seen on the concept. The Ignis also gets faux  three-slat vents on the thick rear 'C' pillar which were also seen on the concept; they hark back to rear engine Suzukis of the past like the Suzuki Cervo of the 70s. And while the nose looks mostly modern, the rear is very retro, both in the shape of the sloping hatch as well as the tail of the tail-lights; look closely, don't they remind you of those on the original Maruti 800?

The Ignis is 3679mm long, 1579mm high and 1478mm wide, which makes it extremely compact. The vehicle on display at the show is powered by a 1.2-litre Dualjet petrol motor, which is basically a twin injector per cylinder version of the K series motor sold in India with a few other modification.

The Ignis's interior is all new as, with a new design template for Suzuki. A dual tone shade along with a tablet-like touch-screen at the centre of the dashboard and an all new neo retro HVAC system.

Toshiro Suzuki, president of Suzuki Motor Corp, recently announced an ambitious plan of launching 20 new models globally. He said, “Except for the kei-jidosha (for the Japanese market only) cars, we will bring all our models to India.” The Ignis, like the Baleno, will be a global model. However, there is no confirmation yet as to whether this crossover will make it to our shores.