Skoda’s first seven-seat SUV is expected to launch in September this year; expected to be powered by 2.0-litre petrol and diesel engines. 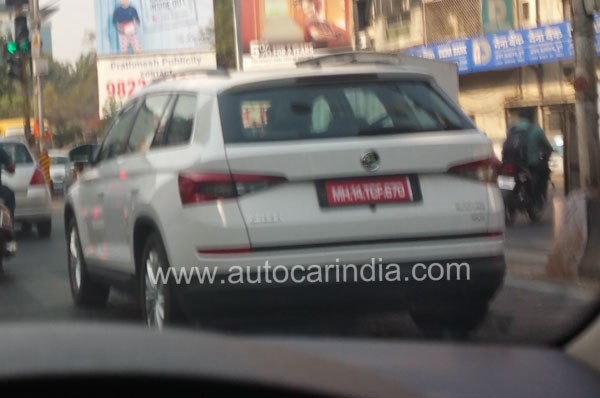 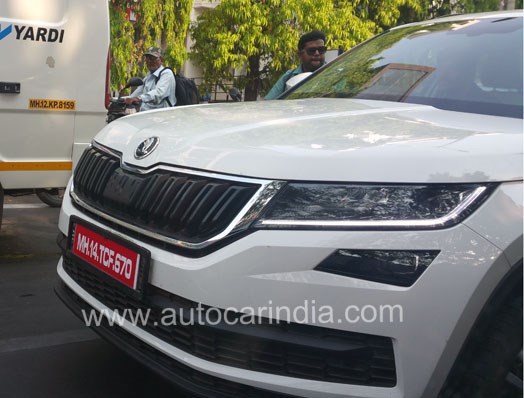 Skoda has begun testing its all-new flagship SUV, the Kodiaq, on Indian roads, with the model’s upcoming launch during the festive season later this year. The test mule spotted on Indian roads wore no camouflage and, as per our reader, was an all-wheel-drive model.

Based on the same platform as the Superb, the Kodiaq is Skoda’s first seven-seat SUV and is expected to arrive on Indian shores with a choice of petrol and diesel engines. The petrol motor in question is expected to be a 2.0-litre TSI unit good for 180hp and 250Nm of torque, while the diesel motor, a 2.0-litre unit, is expected to be offered in two power outputs – 150hp and 190hp. Gearbox options are expected to include a six-speed manual alongside Skoda’s seven-speed DSG automatic unit. Additionally, top models are set to feature all-wheel drive.

In terms of styling, the model showed little change from its international siblings and, though no images of the interior are available, the cabin is likely to only get minor changes such as different upholstery colours or trim inserts.

In terms of equipment, we could expect similar equipment levels as offered on the Superb, though Skoda could offer added kit to make the SUV feel more premium.

The Kodiaq is expected to be positioned marginally above the Superb in a price bracket of around Rs 27-32 lakh (ex-showroom) putting it in the same line as the Ford Endeavour and Toyota Fortuner, as well as its most direct rival, the Hyundai Santa Fe.