SCOOP! Ford to bring back EcoBoost on the EcoSport

1.0-litre petrol engine all set to return on a sportier ’S’ version of Ford's compact SUV; likely to be launched in May. 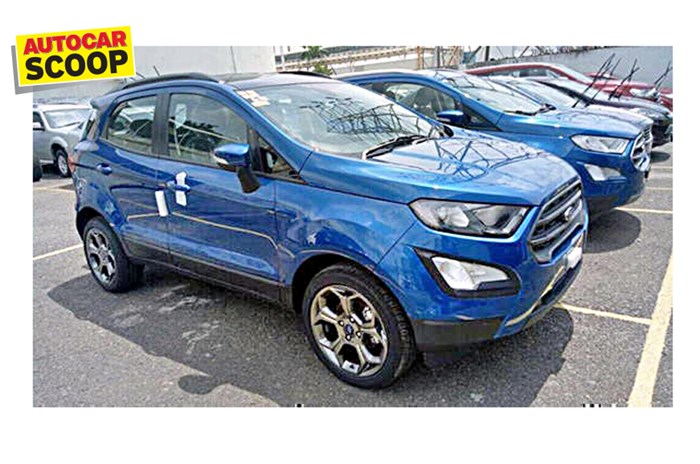 Ford EcoSport Titanium S will get a unique design for 17-inch alloy wheels. 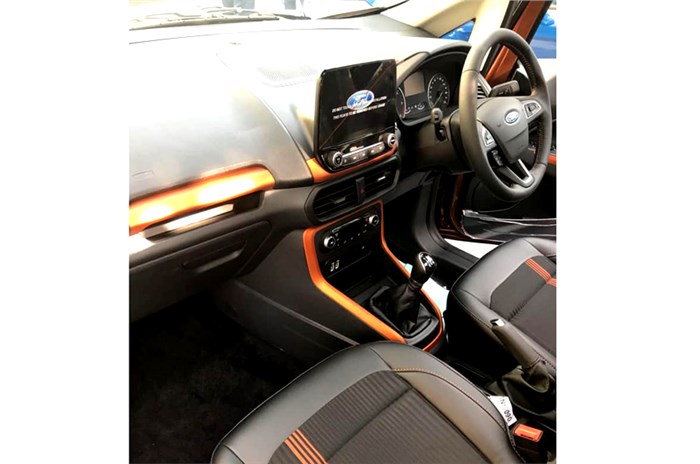 Thanks to numerous spy shots floating on the internet, it's no secret that the Ford EcoSport range will grow with the addition of two new variants: the Titanium S and the Signature Edition. However, we have some big news: Ford is all set to reintroduce the performance-oriented 1.0-litre EcoBoost petrol engine on the EcoSport.

Just like its predecessor, the EcoBoost-powered EcoSport Titanium S trim will sit right at the top of the range. With the Titanium S, Ford is aiming for customers who want an EcoSport that's even more fun to drive than the standard car. The company is sticking to its philosophy of providing a sportier, more powerful version of its standard models, just like it did with the Fiesta S a few years ago – and more recently, with the Figo Sports Edition. In addition to the extra power, the EcoSport Titanium S will also feature a stiffer suspension setup which is more suited to spirited driving and quicker steering, similar to the previous EcoSport.

The Titanium S variant will also be available with the 1.5-litre, 100hp diesel motor. Additionally, it will also come with a sunroof – a feature increasingly sought-after by Indian SUV buyers, today. It will get new 17-inch alloy wheels which mimic the design seen earlier on some BMW SUVs. Standard on the EcoSport Titanium S will be HID headlamps, a slightly tweaked instrument cluster with a 4.2-inch information display, and a tyre pressure monitoring system. The car will get a contrast roof, black inserts for the grille, headlamps and fog lamps. A new 'Satin Orange' paint shade will be introduced on this variant, and it will get colour-coordinated interiors, so that the Satin Orange Titanium S will sport elements finished in the same shade on the centre console, doors and the seats.

The EcoSport Signature Edition is also expected to hit showrooms around the same time as the Titanium S. The Signature Edition will be based on the Titanium+ variant and will be available with the 123hp, 1.5-litre Dragon petrol engine and the 100hp, 1.5-litre diesel motor. It will also get 17-inch alloy wheels with a different design, along with electronic stability control and hill-start assist. Additional equipment on this variant will include a rear spoiler, black inserts for the grille, headlamps and fog lamps. A unique Anodised Blue paint shade with colour-coordinated interiors and its special 'Signature' badging will top-off the look of the car. The all-black interiors will feature contrast stitching in blue, to match.

There's also talk of a new six-speed manual gearbox being introduced on the EcoSport. However, the standard 1.5-litre petrol and diesel engines will continue to be mated to the current five-speed IB5 gearbox.

Sources tell us that the EcoSport Titanium S and Signature Edition will be launched around mid-May 2018. Some dealers are now accepting bookings for these new variants, with the booking amount set at Rs 30,000.