Renault Arkana being evaluated for India

Renault’s SUV-coupe could come to India as a CBU import. 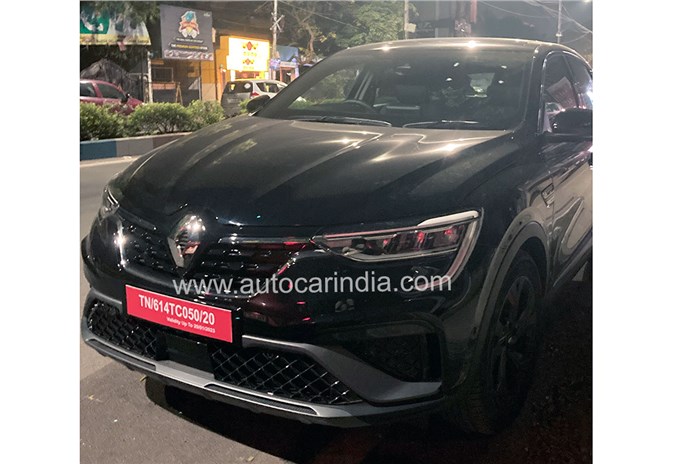 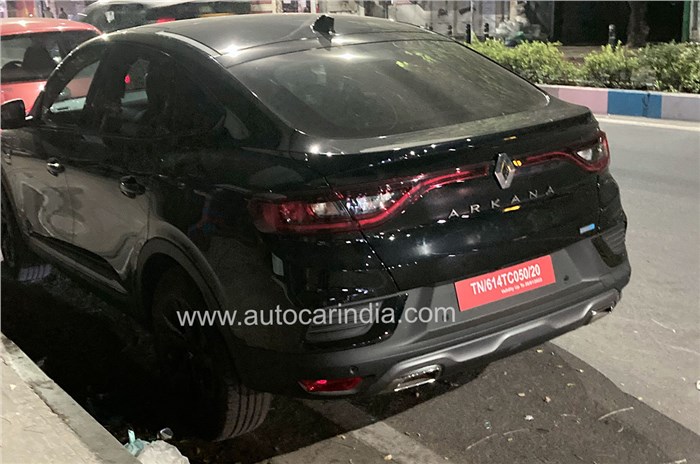 A few shots have emerged of the coupe-styled Renault Arkana SUV being driven around in India. Renault has used the Arkana top-hat on two platforms – the newer CMF-B for a few European markets as well as the older BO platform used by the Indian Captur and Duster. The model seen here is underpinned by the CMF-B platform, indicative from the e-tech hybrid badge on the rear.

Will Renault launch the Arkana in India?

Renault has so far not spoken about Arkana for India, though the carmaker is understood to be evaluating its global SUV for a launch in the country. The SUV seen could potentially be a test car imported by the manufacturer to study the SUV’s performance parameters under Indian driving conditions as well as being used to test the platform.

If the Arkana does arrive in India, we are likely to receive the European CMF-B platform-based model over the B0-based derivative. Renault could eye the modern CMF-B platform as a more suitable option rather than reviving the older B0 platform. The lacklustre interiors and its older tech was one of the reasons the B0 based Captur failed in India and Renault will be wary of going down the same path with another B0 derived SUV.

Globally, the carmaker has been moving its line-up onto the modular CMF platform with even the upcoming third-gen Duster set to sit on the CMF-B platform in European markets.

Renault could be looking to import its SUV to India as a CBU and is understood to currently be focusing its manufacturing efforts on maintaining sustained minimum volumes from its current portfolio, therefore, going slow on investing in new product lines.

Importing the vehicle as a CBU would not affect the carmaker’s manufacturing operations and the carmaker could potentially justify the Arkana’s price with its upmarket interiors and technology. It would also enable the company to sustain some market buzz in the face of what will be a very quiet year, or two, with no new locally produced models scheduled for launch.

The Arkana carries forward a lot of the design elements from the Captur, but there are many details, like the extended C-Shaped LED headlamps, that are now seen on newer Renault models overseas. The defining element of the Arkana is its sloping roofline that merges with the boot to give the SUV a high-riding notchback look. The SUV-coupe stance also gives the Arkana a distinction within Renault’s own SUV line-up.

The Renault Arkana is powered by two petrol-hybrid engine options, with the entry-level being a mild-hybrid 138hp, 1.3-litre turbo-petrol. The model seen in India has the E-tech branding, which confirms it gets Renault's self-charging E-Tech system that consists of a 1.6-litre four-cylinder petrol engine, two electric motors (an e-motor and a high-voltage starter generator) and a unique multi-mode clutch-less dogbox transmission.

According to Renault, vehicles equipped with this system will start in EV mode always – the E-Tech hybrid is said to provide up to 80 percent of city driving time with all-electric power. This helps reduce CO2 emissions and fuel consumption by up to 40 percent over a conventional combustion engine in urban driving.

Also, the version seen in India is the RS-line variant that gets sportier accents on the outside and faux carbon fibre bits on the dashboard. The dash itself looks quite familiar, as the design resembles Renault-Nissan's products sold in India.

However, the infotainment system on the Arkana is a vertically oriented 9.3-inch unit that is loaded with features like parking and safety driver-assistance systems, which includes Highway and Traffic Jam Companion semi-autonomous system, Safety Active emergency braking system, blind spot warning, lane departure warning and lane guard system, 360-degree camera and more. The SUV also gets a fully digital instrument cluster and a Bose sound system, among others.