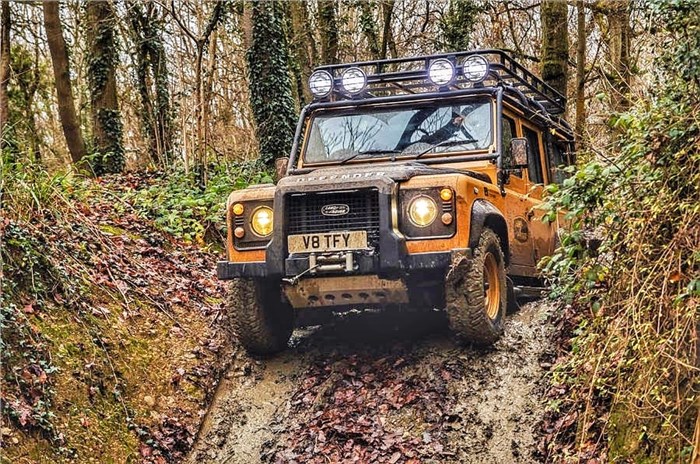 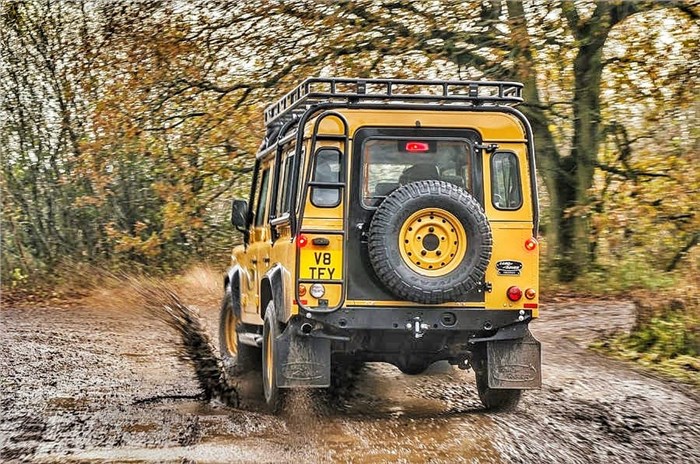 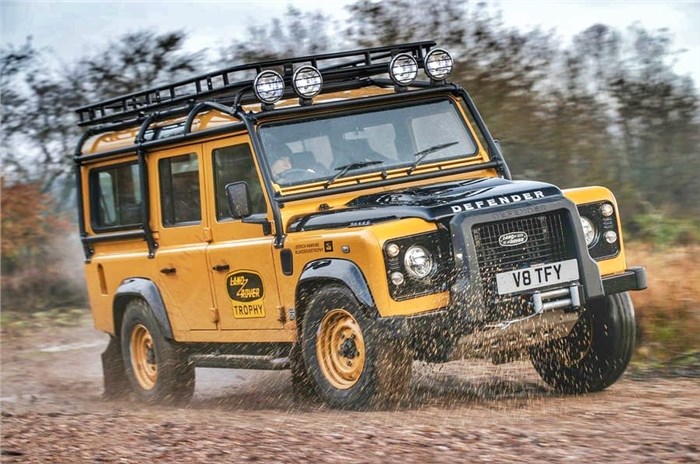 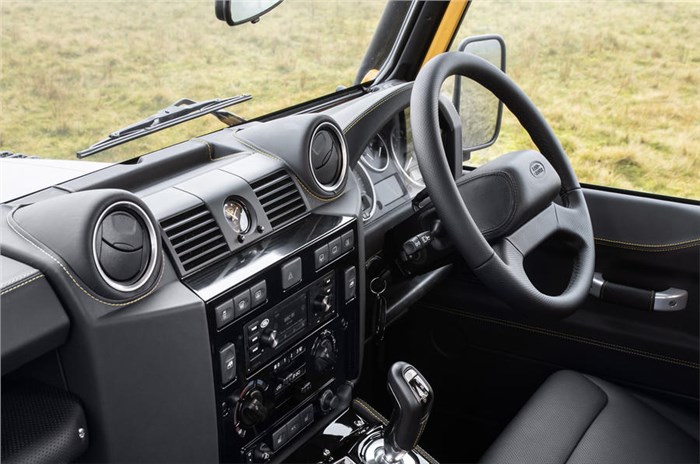 The original Land Rover Defender is making a comeback, thanks to Land Rover Classic that will build a limited production run of 25 units with off-road upgrades and a livery that will be inspired by the popular Camel Trophy off-road expeditions.

The Camel Trophy took place annually from 1980 to 1998. With the exception of the inaugural event, teams raced factory-supplied, modified Land Rover models across some of the harshest terrain in the world, stopping to take part in special tasks including timed rally stages, winching trials and orienteering.

Available in both 3-door 90 and 5-door 110 forms, Land Rover Classic's modern tribute to the competition is based on the Defenders that starred in the event for much of the 1980s.

The Defender Works V8 Trophy shares a 5.0-litre petrol V8 and an 8-speed ZF automatic gearbox with the limited-run Defender Works V8, packing 399hp for a significant performance increase over the original specification.

It is finished in a retro-inspired shade of Eastnor Yellow with black contrasting wheel arches, bonnet and tailgate, while a 'Heritage' style front grille and 16-inch colour-coded steel wheels are a further nod to the Defender's origins. Customers can also specify personalised competition graphics.

Like the original competition cars, to help it cope on rough terrain, the V8 Trophy gains extensive upgrades like a winch, a heavy-duty roof rack, underbody protection, LED spotlights and chunky off-road tyres.

All buyers will be invited to a three-day off-roading expedition at Eastnor Castle later this year, where they will drive their car for the first time in a series of challenges "inspired by famous global adventures and competitions spanning more than seven decades of Land Rover production."

Expert off-roaders will be on hand to provide one-to-one tuition and guidance, and a 'grand prize' – to be unveiled later this year – will be awarded to the event's winner.

Land Rover Classic director Dan Pink said, “The Land Rover Defender has always been more than just a vehicle; its engineering capability and suitability for overland expedition and all-terrain competition means it’s renowned with getting away from it all. The new Land Rover Trophy will bring this to life for a new generation of adventurers."

“We’re looking forward to an exciting and memorable event, full of camaraderie, and continuing the Land Rover Trophy legend for years to come. Seeing the silhouette of these vehicles which you’ll instantly know as a Land Rover, traversing the hills at Eastnor, will be a defining moment of the adventure.”