The quadricycle can be booked from the new UberXS category, exclusively for Uber customers in Bengaluru. 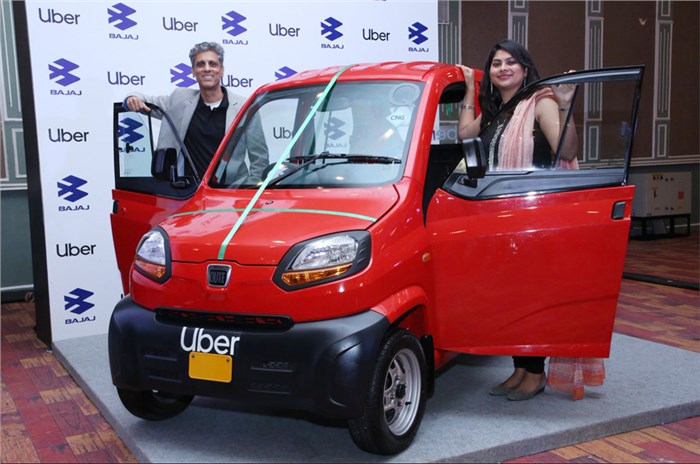 Uber has announced the addition of a new category on its smartphone app that allows customers to book Bajaj’s Qute quadricycle. The category, called UberXS, is exclusive to users in Bengaluru.

While the company has not yet revealed if UberXS fares will be higher than its auto rickshaw hailing category (UberAuto), the option will almost certainly undercut other categories.

Launched officially in Maharashtra back in April 2019 (at Rs 2.48 lakh, ex-showroom), the Bajaj Qute gets a 216cc, single-cylinder, liquid-cooled engine that can be fuelled by either petrol or CNG – it produces 13.2hp and 18.9Nm on the former fuel and 11hp and 16.1Nm on the latter. Both options are available on Uber.

The smallest production four-wheeler on Indian roads, the Qute weighs 452kg (504kg with the CNG kit) and has an ARAI-rated mileage figure of 35kpl on petrol (43km/kg on CNG). It’s dinky dimensions and 7m turning diameter makes it a viable alternative to Bajaj’s three-wheelers that are used as auto rickshaws.

For now, Uber will only offer the UberXS category (and the Bajaj Qute) for users in Bengaluru, though it would make a lot of sense to roll out this category in other major metros such as Mumbai, New Delhi, Chennai, and Kolkata, among others.

It was only in November last year that the Ministry of Road Transport and Highways (MoRTH) added quadricycles to the ‘non-transport’ category of vehicles, making it available for personal use and commercial use.