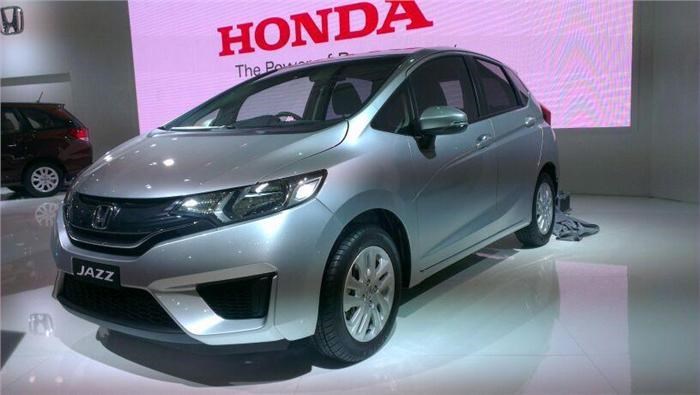 Honda has officially confirmed a March 2015 launch for the Jazz hatchback. Hiroshi Kanayama, President and CEO, Honda Car India confirmed the news in an exclusive interview with Autocar India and Bloomberg TV India.

Honda has also made it clear that it doesn’t want to repeat the same mistake it made with the earlier Jazz, which got priced out of the market. The Jazz, despite being the most cleverly engineered hatchback in the country was seen to be too expensive for a hatchback when it was launched in 2009. The problem was that the Jazz cost about the same as a well-specced mid-size sedan, which was seen as better value. As a result, there was hardly any demand for the Jazz and this forced Honda to drastically chop the price by over Rs 1 lakh. The price cut no doubt spurred demand but Honda, believed to be losing money on every Jazz, was then reluctant to increase supply. This led to long waiting lists and impatient customers, which threw up a different set of issues for Honda. The company felt if best to pull the plug on the Jazz, which it did in early 2013. Kanayama admits Honda messed up the pricing strategy of the first Jazz in India. “There was some gap between our perception and reality and we learn from various experiences” he said.

Honda has since understood the importance of competitive pricing, especially in the price sensitive hatchback segment. Unlike before, Honda now has the advantage of economies of scale and deeper localisation to eke out cost efficiencies as never before. The new Jazz will be aimed squarely against premium hatchbacks such as the Maruti Swift, all-new Hyundai Elite i20 and the new Volkswagen Polo. The top end of the hatchback segment accounted for about 290,000 units in the last fiscal year and Honda is keen to grab a slice of this high volume segment.

Besides, the Jazz plugs a crucial gap in the carmaker's portfolio between the Brio hatchback and City sedan. As for size, the Honda Jazz is longer than the Brio but will still duck under the 4 metre mark to avail of excise duty benefits.  Mechanically, the Jazz will be powered by the same 1.5-litre diesel engine that's in the Honda Amaze and City sedans and the smaller capacity 1.2-litre petrol motor that does duty in the Brio and Amaze.