The new Mahindra TUV300 will come with seven seats and an efficient 1.5-litre diesel engine. 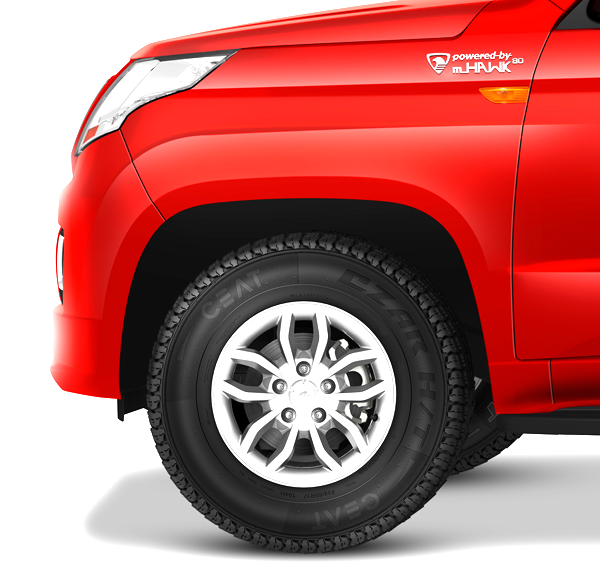 The TUV300 is the company's first ground-up attempt at the sub-four-meter SUV segment and has been recently seen in close-to-production form which revealed most of its angular and butch-looking exterior styling. There is a hint of the Bolero at the front, but as clarified by Mahindra executives, the TUV is not a replacement for the Bolero.

We also got our hands on a new set of spy pictures which confirm that the TUV300 will come in a seven-seat configuration. Mahindra will equip the TUV300 with a single jump seat on each side just behind the second row. This arrangement, also seen in the Quanto, looks a bit cramped due to the sub-four-metre length of the SUV.

The TUV300's interior will come equipped with creature comforts such as an infotainment system with a large touchscreen, similar to the one seen on the Scorpio and the XUV500, that will likely include audio-video and navigation systems. It will also get dedicated USB and AUX ports along with Bluetooth connectivity.  The TUV300's dashboard will feature a mix of faux aluminium and chrome. The instrument cluster houses two large, circular, chrome-ringed dials, like on the XUV500, and there’s an all-new three-spoke steering wheel, with a prominent Mahindra logo at the centre. Top trims of the TUV300 will come with steering-mounted controls as well. However, the TUV300 is likely to miss out on automatic climate control.

The TUV300 will be powered by a new mHawk80 engine, which is expected to be an updated version of the Quanto's 1.5-litre three-cylinder diesel motor. This qualifies the TUV300 as a small car, and warrants a lower rate of excise duty. Mahindra will launch the TUV300 in a two-wheel-drive form, but company insiders say that a four-wheel-drive version is theoretically possible on the new platform.

Mahindra is also readying another compact SUV (Codename S101) which is likely to be unveiled by the end of this year.