The Thar Signature Edition will get black decals on the bonnet lid and silver finish on the front bumper. 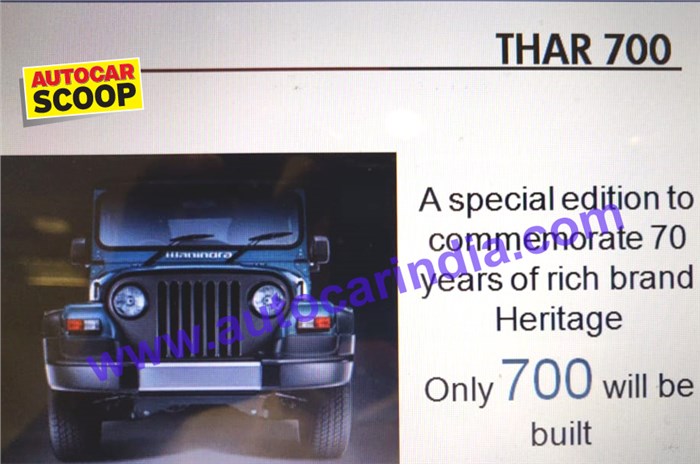 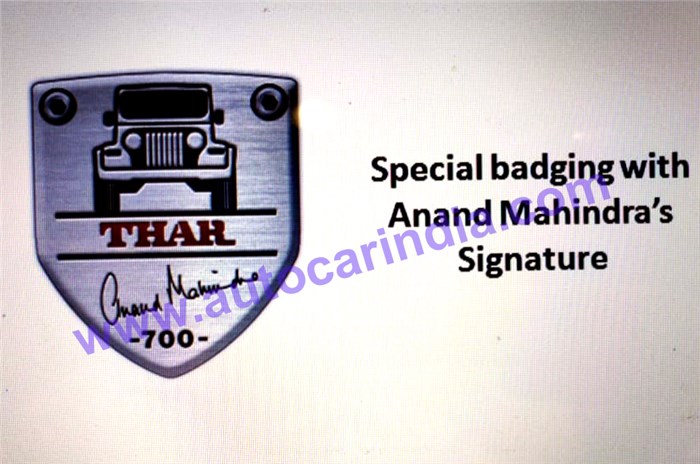 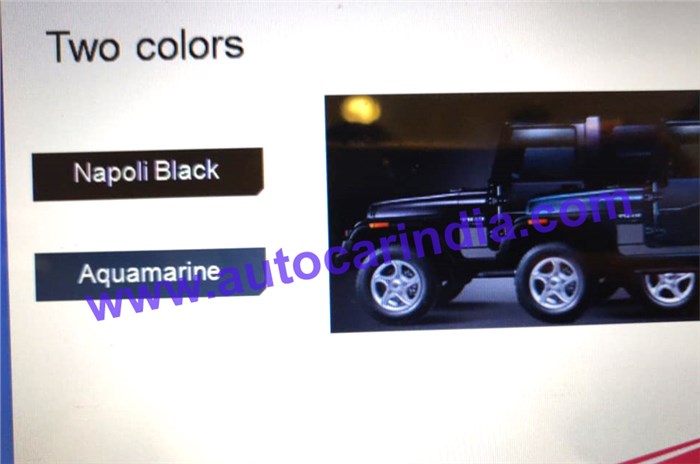 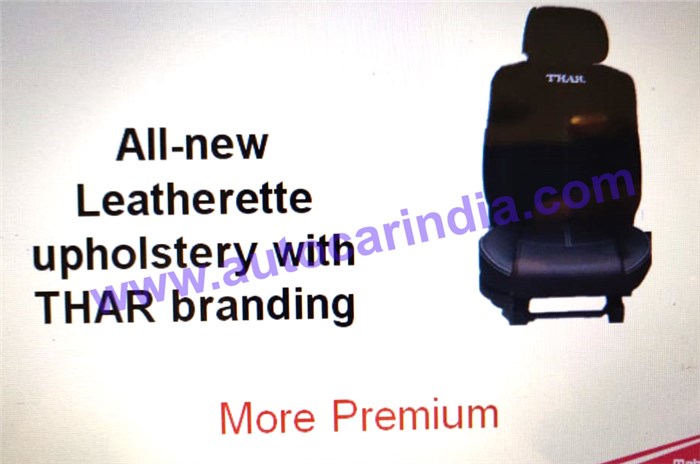 We reported some time back that Mahindra will bring in a limited-run Thar Signature Edition that will mark the end of production of the current Thar.

The Signature Edition will get five-spoke, 15-inch alloy wheels that were seen on other Mahindras including the previous-gen Scorpio and the Marksman. As part of the special package, the Thar Signature Edition will get black decals on the bonnet lid and silver finish on the front bumper. It will also come with a special ‘Signature Edition’ badge on its fenders bearing the signature of Anand Mahindra, Chairman, Mahindra Group. New in the cabin will be leatherette covers for the seats.

The Mahindra Thar Signature Edition will be sold with the 2.5-litre CRDe engine mated to a 5-speed manual gearbox.  Expect the company to commence bookings for this special-edition Thar soon.

Like the other Thars produced after April 1, 2019, the Signature Edition will feature ABS. However, the current Thar does not comply with India’s latest crash safety norms, making it ineligible for sale post-October 1, 2019. Also, the base Thar DI variant has been discontinued, leaving the 2.5-litre CRDe diesel to be the only engine of choice.

Work has begun on the second-gen Mahindra Thar and it is expected to make its debut at Auto Expo 2020. While the second-gen Thar will get a 140hp or 120hp diesel engine initially, Mahindra is looking at expanding the Thar's portfolio by adding a petrol engine later. Expect the new model to be more refined and silent on the inside, better insulated from vibrations and heat, and better at blocking out road noise too.

The next-gen Thar will see stiff competition from the all-new Force Gurkha, which is also likely to be showcased at the 2020 Auto Expo.