In addition to being known as the father of the Ford Mustang, Iacocca was responsible for the revival of the Chrysler group in the 1980s. 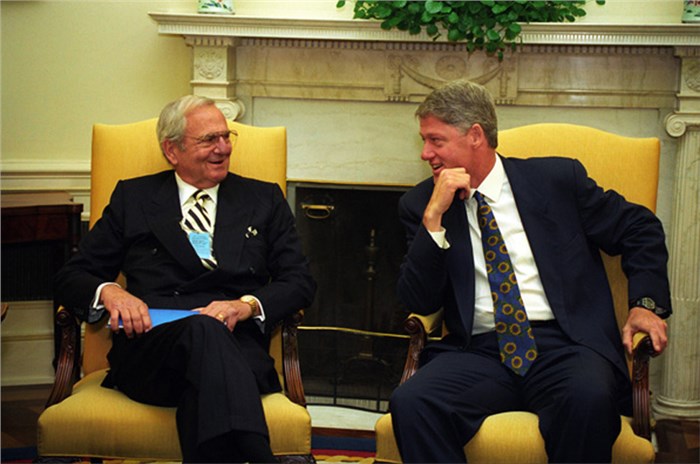 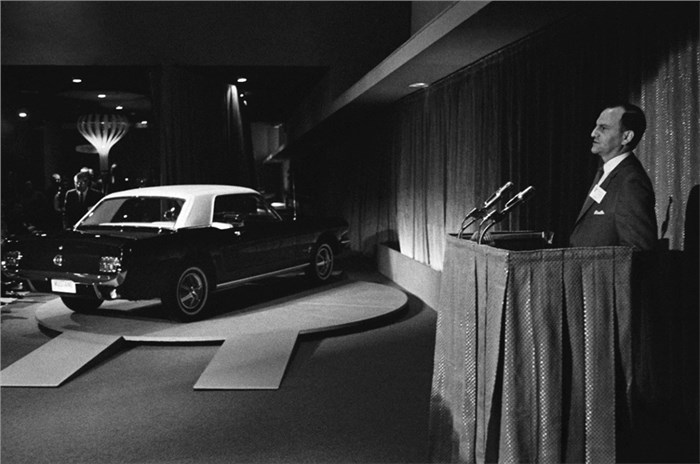 Lee Iacocca – the man who led the Ford Motor Company in the 1960s and was responsible for the revival of the Chrysler group in the 1980s – passed away on July 2, 2019 at the age of 94. Iacocca is widely known as the father of the Ford Mustang and the man behind the minivan of the 1980s. The visionary automotive stalwart passed away after a long battle with Parkinson’s disease, according to an official statement by his family.

Lee Iacocca, born Lido Iacocca to Italian immigrant parents in 1924, was brought up in humble beginnings; the family was greatly affected by the Great Depression. Iacocca was hired by the Ford Motor Company in the early 1940s and went to Princeton University on a scholarship, where he graduated with a master’s degree in mechanical engineering in 1946, before returning to Ford. Upon his return, he realised that his forte was not engineering, but marketing. Starting work at Ford’s offices in Pennsylvania, Iacocca devised strategies for dealers that showcased great sales results.

Iacocca caught the attention of Ford executives with sales pitches like the legendary ’56 for 56,’ that offered 1956 model year cars at a nominal 20 per cent down payment and a $56 payment for the next three years – executives like Robert McNamara. McNamara was then the vice president of car and truck sales for Ford and would later go on to become the US Secretary of Defence in the Kennedy and Johnson presidential regimes.

Lee Iacocca was made general manager and vice president of the Ford division in 1960 and commissioned the development of a pony car that cemented his place in the automotive history books – the Ford Mustang. Launched in April 1964 at the World’s Fair, the Mustang became one of the bestselling cars ever, giving the Ford Motor Company a profit of $1.1 Billion over the next two years.

Lee Iacocca was also instrumental in launching other cars like the Ford Maverick – a compact car with a four-cylinder engine built to compete with imports from Honda and Toyota. Large luxurious American barges like the Lincoln Continental Mark III are also credited to Iacocca, along with other less impressive cars like the Ford Pinto. While Iacocca was named president of Ford in 1970, differences with Henry Ford II led to him being fired from the Ford Motor Company in 1978.

Lee Iacocca’s second run in the American automotive industry began when he took over the reins of the ailing Chrysler Corporation – the smallest of the ‘Big Three’ automakers out of Detroit. Raking in losses and with little or no credit left, Iacocca sold assets to raise cash but eventually had to approach the United States government for a bailout plan for the Chrysler Corporation. That said, his plan did not involve taking a loan or a handout from the American government using taxpayers money, but instead getting the government to issue a federal guarantee of loans from banks and creditors. Eventually, Chrysler borrowed $1.2 billion out the $1.5 billion that it has originally requested and paid the load back years before it was due.

The growth of Chrysler in the 1980s was credited to a new range of compact cars and the Minivan – a body style that became extremely popular with American families. Lee Iacocca was also instrumental in Chrysler’s acquisition of American Motors and Jeep, which is today one of the most valuable parts of the Chrysler Group. Eventually, Lee Iacocca retired from Chrysler in 1992.

Having headed two – Ford and Chrysler – of the ‘Big Three’ automakers in Detroit, Lee Iacocca is easily one of the most important names in the automotive history books. Iacocca was also an important public figure in the United States in the 80s. Then-president Ronald Regan is said to have extensively consulted him and Iacocca was also being strongly considered for the post of the President of the United States following the Regan administration. He also formed and chaired a foundation to restore the Statue of Liberty and Ellis Island. Iacocca was very proud of his ethnic Italian roots. He has also co-authored a couple of bestselling books, including his autobiography; which is a must-read for any automotive enthusiast.