Drop-top, rear-wheel-drive Huracan Evo gets the same 610hp 5.2-litre V10 as hard-top RWD sibling; fabric roof can be lowered in 17sec at speeds of up to 50kph. 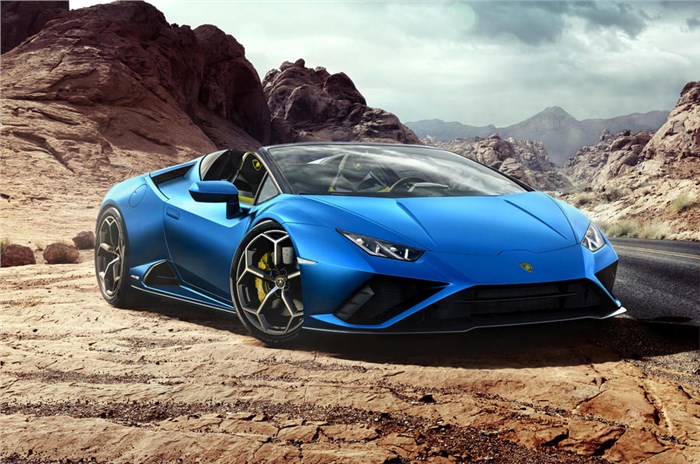 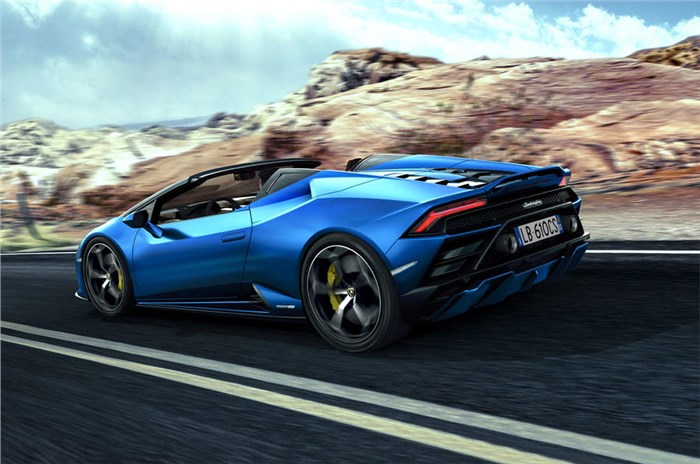 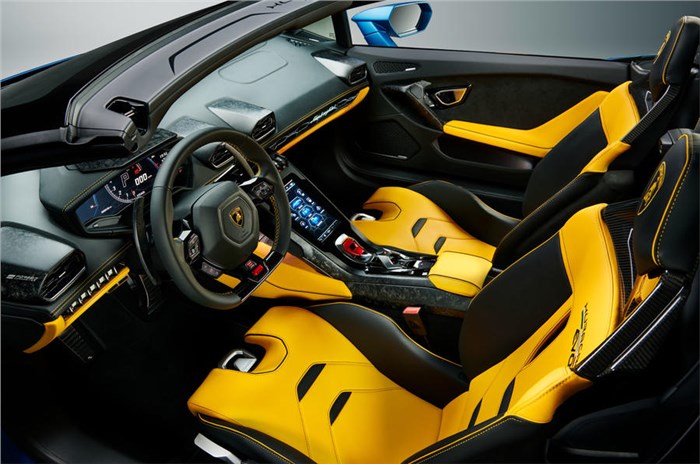 Fresh from restarting production after a two-month factory shutdown due to the coronavirus pandemic, Lamborghini has revealed its new Huracan Evo Rear-Wheel-Drive (RWD) Spyder.

Joining the Evo Coupe, Evo Spyder and the Evo RWD Coupe, the latest member of the range features an electric-folding fabric roof that can lower within 17sec, at speeds of up to 50kph.

Like its hard-top sibling, the RWD Spyder draws its power from a 5.2-litre, naturally aspirated V10 engine. It sends 610hp and 560Nm to the rear axle by way of a 7-speed dual-clutch automatic gearbox.

Performance figures are remarkably similar between the two RWD models, despite the roof mechanism and structural enhancements adding 120kg to the dry weight of the Spyder. Its 0-100kph time of 3.5sec is just 0.2sec longer than that of the RWD Coupé. Tops speed is a claimed 323kph.

Like the RWD Coupe, the new drop-top can be differentiated from its four-wheel-drive Evo Spyder stablemate by the subtle styling tweaks, including a new front splitter with larger air intakes and vertically oriented cooling fins, a bespoke rear diffuser, and a glossy black rear bumper.

The Evo Spyder’s prominent twin buttresses are carried over for enhanced aerodynamic efficiency and maximum downforce (Lamborghini claims RWD Coupe-matching figures for both), and there's a pair of removable windshields to minimise road noise when the roof is lowered.

The rear window can be electrically lowered, irrespective of the roof’s position, to let more of the V10’s sound penetrate the cabin.

The two-seat interior is identical to that of the RWD Coupe, with infotainment and driver assistance functions controlled via an 8.4-inch touchscreen mounted in the centre console. Apple CarPlay is standard, and so is the Amazon Alexa voice recognition functionality; there is no Android Auto, though.

Lamborghini says the RWD Spyder’s dynamic performance is also on a par with that of the RWD Coupe, with the Performance Traction Control System (P-TCS) specially tuned for consistent torque delivery and traction even under hard cornering. The same three driving modes – Strada, Sport and Corsa – are available, offering varying degrees of electronic assistance suited to different driving environments.

Lamborghini is keen to emphasise the analogue nature of the Huracan Evo’s driving experience – an aspect that, it says, is enhanced by the removable roof of the Spyder.

He added: “The driver is perfectly in touch with Lamborghini’s engineering heritage, experiencing the feedback and engagement from the setup of a rear-wheel-drive car where electronic intrusion is minimised, while enjoying the sense of freedom and spirit of life that only open-top driving provides.”

Coming to India, Lamborghini was quick to launch the Huracan Evo RWD Coupe here – within a month of its global debut. However, it remains to be seen when the new RWD Spyder will be brought here. Expect prices to be at a premium compared to the RWD Coupe that was launched at Rs 3.22 crore (ex-showroom) earlier this year.