Come September and Jeep will introduce the Wrangler Unlimited in India. Here are five highlights of this highly capable and iconic off-roader. 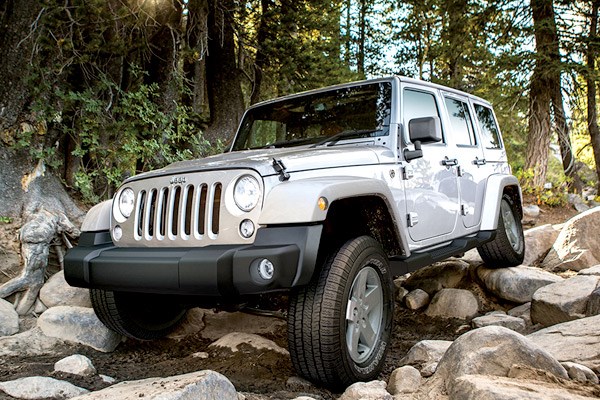 Jeep India’s parent company Fiat-Chrysler is all set to launch the Wrangler Unlimited on September 1, 2016. This model which was introduced internationally in 2007 is the one that's headed to India, but with many updated features.

Versatility
The Wrangler Unlimited gets four doors and seats five people comfortably. But what really sets this car apart is its versatile nature. You can choose between owning a hard-top version or a soft-top one. The hard top and the soft-top can be removed completely in three stages for an open-top experience. Moreover, the doors can be removed individually and the windscreen too can be folded down, to sit atop its bonnet. So, its ability to brace itself for a no-holds-barred off-road experience remains unique to this day.

Comes with a diesel
The Wrangler Unlimited is powered by a 2,776cc, four-cylinder diesel engine. It is good for 200hp which is belted out at 3,600rpm and gets 460Nm of torque from as low as 1,600rpm. However, it will get a five-speed automatic gearbox and not the eight-speed 'box which the Grand Cherokee gets. Also, the fuel efficiency of 12.1kpl sounds fairly decent for a vehicle that weighs a 2,119kg.

Off-road ability
Here’s an SUV that boasts serious off-road capability. To begin with, it has 238mm of ground clearance, which is a lot higher than that offered by other soft-roaders. It gets a switchable four-wheel-drive system with the icing on the cake being a four low range to further multiply torque and allow the Wrangler to tread steadily over rocks and other difficult terrain.

Upmarket features
Even though the Wrangler is an off-road-biased SUV, Jeep hasn’t left many stones unturned when setting its feature list. A few noteworthy ones include heated leather seats, a 6.5-inch touch display, a tyre pressure monitoring display and a 28GB hard drive. It also gets satellite navigation and Bluetooth. On the safety front, it gets airbags, electronic stability control and traction control.