Tipped to be JLR's most powerful road car yet, it will make debut at Goodwood this Friday. 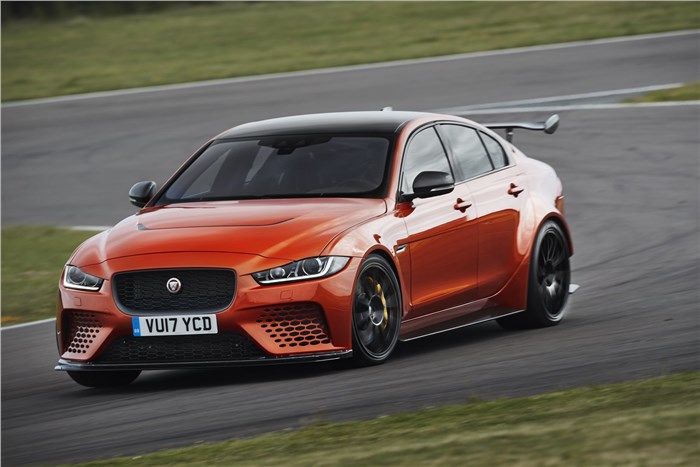 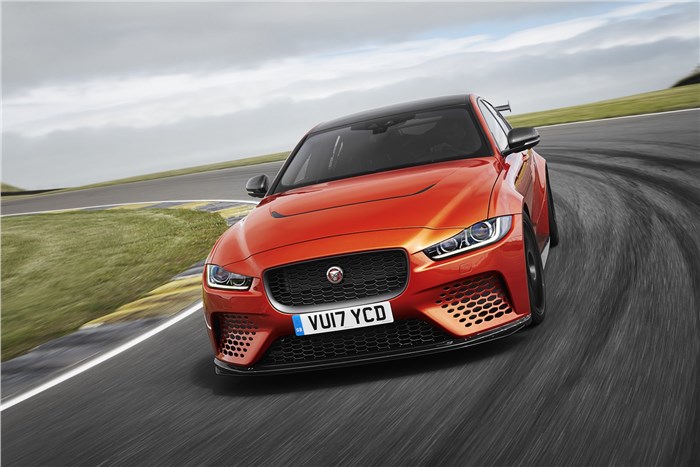 Jaguar Land Rover has released the first official images and a video of its new high-performance saloon XE SV Project 8 set to debut at the Goodwood Festival of Speed on Friday. It will initially enter production as a limited-run model and will be launched in 2018. According to JLR's special operations boss John Edward, the new model is "the most track-focussed, road-going, uncompromised performance car that Jaguar has ever made".

The saloon will have JLR’s 5.0-litre supercharged V8 petrol engine mated to a recalibrated eight-speed Quickshift gearbox. It is likely to produce up to 600hp power and an acceleration of 0-100kmph at an estimated 3.3secs. The top speed is expected to be around 321kmph. The car features three drive modes: Normal, Dynamic (the default setting) and a new Track mode.

As well as the reworked engine and transmission, the XE SV Project 8’s mechanicals have been heavily refined to boost performance. It is the first XE to feature an electronic active differential, which works with the Intelligent Drive Dynamics to manage torque delivery to the rear axle of the four-wheel-drive system. It will also be the first JLR model to use carbon-ceramic brakes.

Though the exterior has some resemblances with the XE, the new model has an extensively revised bodywork. A carbon-fibre front bumper with larger cooling ducts, a vented carbon-fibre bonnet and flared wheel arches over the 20-inch forged alloy wheels have been added to the XE's standard aluminium body.

The car will be made available with three exterior paint options, Fuji White, Narvik Black and Caldera Red, along with a few other 'premium palette' colours. However, only 300 units will be produced, all left-hand drive. The company is yet to confirm how many units will be allocated to different markets.