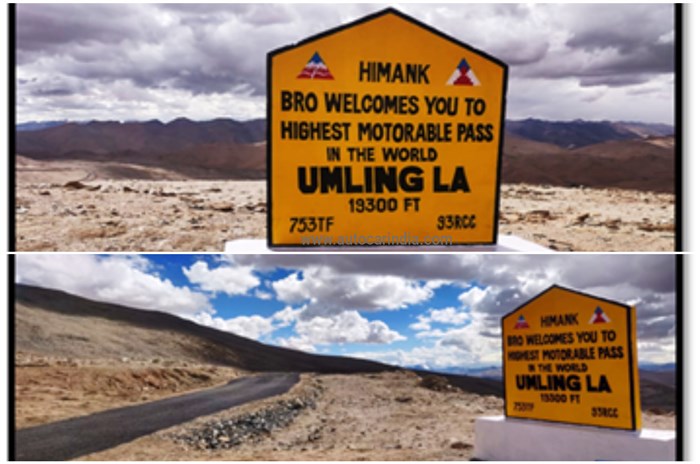 The new road in Eastern Ladakh is higher than the base camps of Mount Everest and has been constructed at an altitude of 19,300 ft.

India’s Border Roads Organisation (BRO) has constructed the highest motorable road in the world at Umling La Pass in Eastern Ladakh. The road has been constructed at 19,300ft and measures stretches 52km in length.

The new road at Umling La Pass will now connect the towns in Chumar sector of Eastern Ladakh and offer locals an alternate direct route connecting Chisumle and Demchok from Leh. The road is also said to enhance the socio-economic condition in the area and promote tourism in Ladakh.

Constructing the road would have been extremely challenging in this remote area of our country. During the winters, the temperature is said to fall to -40 deg C, while the oxygen level in the air at this altitude is said to be 50 percent lesser than at the sea level. This makes the road at Umling La Pass a remarkable feat of engineering carried out by theBorder Roads Organisation.