The new logo is a response to increased digitisation by the brand and its push into more expensive markets. 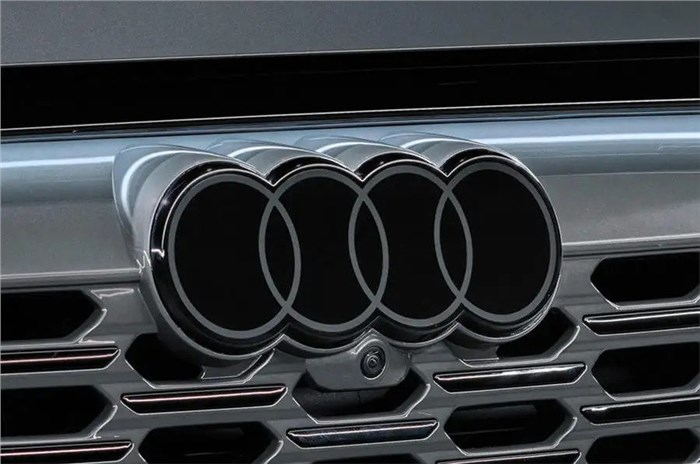 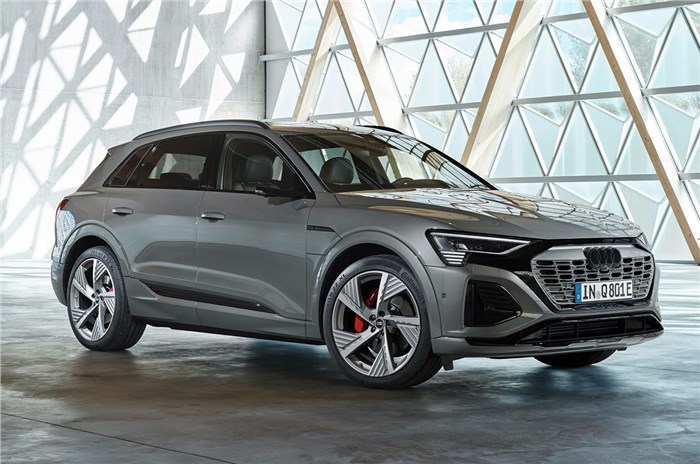 The new logo will first debut on the Audi e-tron Q8 SUV.

Audi has revealed its new logo and it does away with the three-dimensional chrome look for the 'rings' in favour of a more discreet monochrome identity. The new Audi logo will first debut on the Q8 e-Tron EV SUV, which is essentially the facelifted e-tron; the model will come to India soon.

"The new logo reflects the brand’s push into more expensive markets with what is intended to be a more understated identity," said Audi's brand strategist, Frederik Kalisch, to our sister publication, Autocar UK.

Audi designer André Georgi explained: “Today’s chrome rings stand for high quality. The material alone conveys that message. But we believe that we have found the ‘new chrome’. The clarity of the new black-and-white rings makes our corporate identity unmistakable. The thin black border around the rings makes for a consistent, premium-quality appearance, regardless of the car’s paint or radiator-grille colour.”

Kalisch added that the move to a two-dimensional logo was also a response to increased digitalisation, that “three-dimensionality on two-dimensional displays [such as a phone screen] would not have met our technical and aesthetic requirements”. “Besides distracting from the design of our cars, overly conspicuous identifiers probably wouldn’t go down well with our contemporary, progressive customers either,” followed Kalisch.

Audi is yet to confirm whether the rest of its line-up will be updated with the new badging, although the Audi Q6 e-tron is expected to be the brand’s first all-new model to wear it.

The Q6, tipped to be revealed in 2024, will also debut the new Premium Platform Electric (PPE) underpinnings, shared with Audi sibling brand Porsche.