Hyundai AH2 hatchback to be launched on October 23 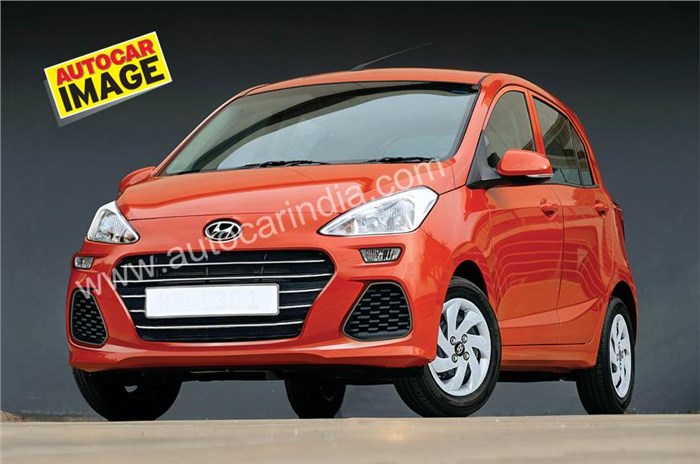 Likely to be called the Santro, the new Hyundai hatchback will take on the Maruti Suzuki Celerio and Tata Tiago.

Hyundai’s upcoming hatchback (codenamed AH20 is all set to be launched on October 23, 2018, according to reliable sources. The AH2 has been spied testing in India for a while now, and being touted as the successor to the Eon, it has certainly generated a huge amount of interest.

Much like the first-gen Santro (and the Eon), the AH2 will also sport a tall-boy design and is expected to be powered by an updated version of the Santro Xing’s 65hp,1.1-litre petrol engine. It will also be the first Hyundai to get an Automated Manual Transmission (AMT) in addition to a five-speed manual gearbox. Keeping in line with Hyundai’s approach in recent years, the AH2 is expected to have well-designed interiors with the focus set on top-notch materials. A dash-mounted gear lever is another element likely to make it to the AH2, while a touchscreen infotainment system on top-spec trims is almost a certainty.

While the AH2’s arrival will make way for the Eon’s exit, Hyundai may charge a premium for it, given that it’s bound to be better in every aspect, and not limited just to the additional features it is expected to come with. Having said that, competitive pricing will be key for Hyundai since the AH2 will be up against formidable entries such as the Maruti Suzuki Celerio, and the Tata Tiago, both of which are well received in the market.

The AH2 is certain to have an edge over its rivals in terms of safety thanks to it being based on the previous i10’s robust HA platform as opposed to the Eon’s low-cost PA platform. Dual front airbags, ABS and rear parking sensors are expected to be standard from launch, giving it an edge over the Celerio, which gets a single airbag as standard, and ABS and additional airbags as optional extras.

Hyundai will reveal the AH2’s official name on October 9, with christening responsibilities delegated to its fan base in the country through a contest that ends on September 25, 2018.