Geometry A sedan by Geely unveiled in Shanghai

The new all-electric sedan and Tesla model 3 rival comes with two battery options - one with a 410km range and the other with a 500km range. 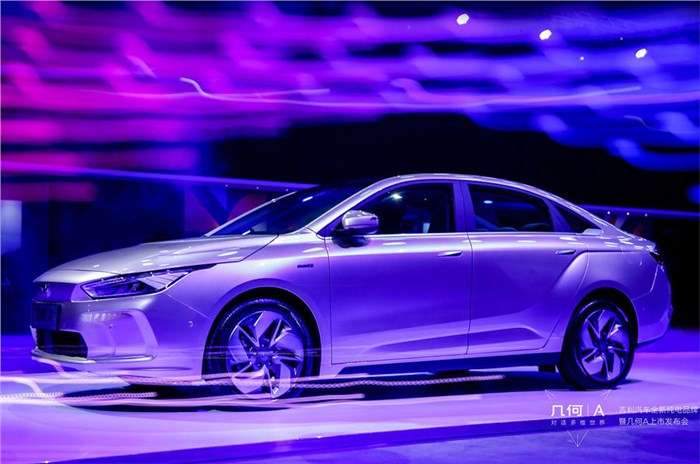 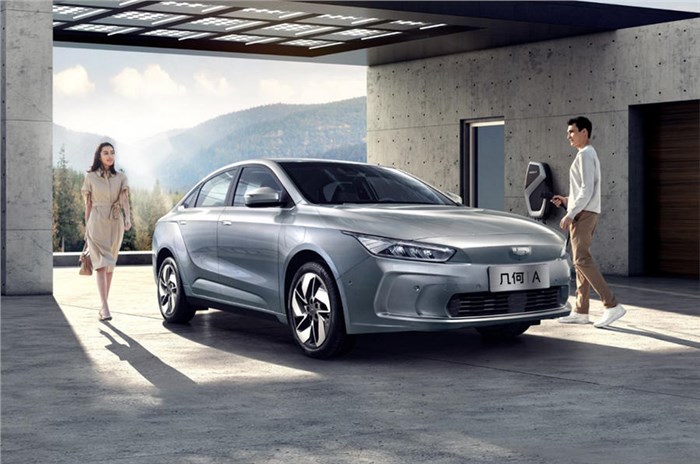 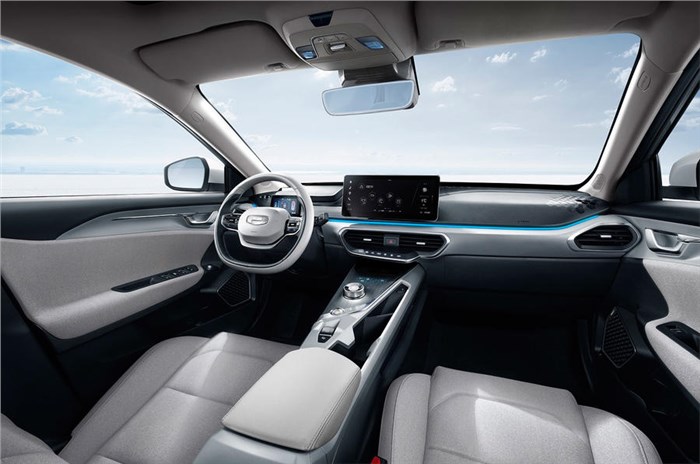 China's biggest car manufacturer, Geely, has launched its new electric-only brand, Geometry, with a model that will rival the Tesla Model 3. The new car, called the Geometry A, is on display at the Shanghai motor show.

The Geometry A sedan is claimed to be capable of 410km in Standard Range form and 500km in Long Range form (both figures measured under the old NEDC cycle). The former variant uses a 51.9kWh lithium-ion battery pack while the latter uses a 61.9kWh unit, both provided by Chinese firm CATL.

In comparison, the Tesla Model 3 Long Range has a 75kWh battery with a 544km range in the more realistic WLTP test. The Model 3 Standard Range, with a 50kWh battery, is predicted to manage around 354km WLTP.

Geely says the A can be fast-charged from 30-80 percent in just half an hour. However, the carmaker hasn't specified how many kW is required from the power supply to achieve that charging speed.

Drive in the Geometry A is supplied by a permanent magnet synchronous motor with a maximum output of 163hp and 250Nm of torque, resulting in a 0-100kph sprint time of 8.8sec.

The A is claimed to be the safest car in its segment. It offers a host of active safety technology, including automatic emergency braking with pedestrian detection, automatic high beam control, front and rear moving object detection, blind-spot monitoring, lane-keeping assistance, adaptive cruise control and a 360-degree parking camera.

The car follows on from the Geely GE11 concept, which was unveiled in February under the 'Geely New Energy' brand. The five-seater Geometry A's design was penned at Geely's studio in Shanghai and is described by the firm as "minimalist and avant-garde" with a focus on aerodynamic efficiency. Indeed, its drag coefficient is 0.24Cd – just 0.1Cd behind that of the Model 3. Both the Standard Range and Long Range versions of the A will be offered in three trim levels – 2, 3 and n.

Explaining the new brand's unusual name, Geely has stated, "It gets its name from mathematical geometry, which emerged thousands of years ago to describe the world as humans saw it. The Geometry brand is Geely's vision of the future in which technology is used to create a sustainable environment and safe mobility, leading to a harmonious relationship between humanity and nature."

Geometry has already taken more than 27,000 orders for the A, of which around 67 percent have come from outside China, with buyers in Singapore, France and Norway.

Geely plans to launch 10 new electric models, including SUVs, sedans and MPVs, under the Geometry brand by 2025. These will use "exclusively developed platforms" and be sold through Geometry-specific distribution channels.

In addition to Geometry, the Geely group comprises Geely, LEVC, Lotus, Lynk & Co, Polestar, Proton, Smart and Volvo. Hardware and technology developed by Geometry could, therefore, be shared across these multi-national brands.