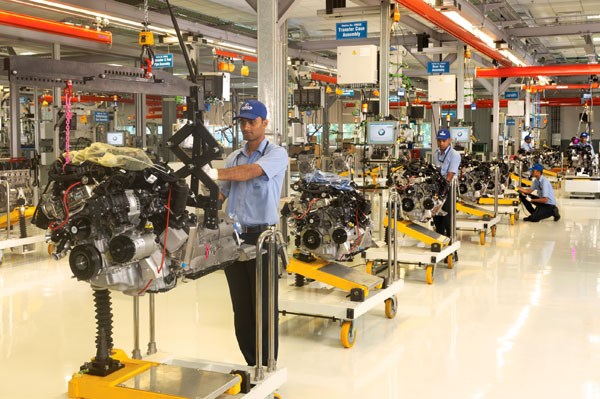 Force Motors has inaugurated its new assembly plant in Chennai. The Rs 200 crore plant, on which work began in June 2014, has been set up in a record seven months and will exclusively cater to BMW India.

BMW India recently cut prices on some of its models which was possible due to the increase in localisation levels to 50 percent; Force Motors is one of the seven domestic suppliers with whom the carmaker has inked component supply agreements.

The engine plant was inaugurated by Union cabinet minister for heavy industries and public sector enterprises Anant Geete, in the presence of Thiru Thangamani, the Tamil Nadu state minister for industries, steel, mines and minerals.

This Force facility, which has an annual capacity of 20,000 units, is BMW’s only engine and transmission assembly plant outside of Germany. Force Motors will assemble four- and six-cylinder engines for seven BMW models – the 1-series, 3-series, 5-series, 7-series, X1, X3 and X5 – here.