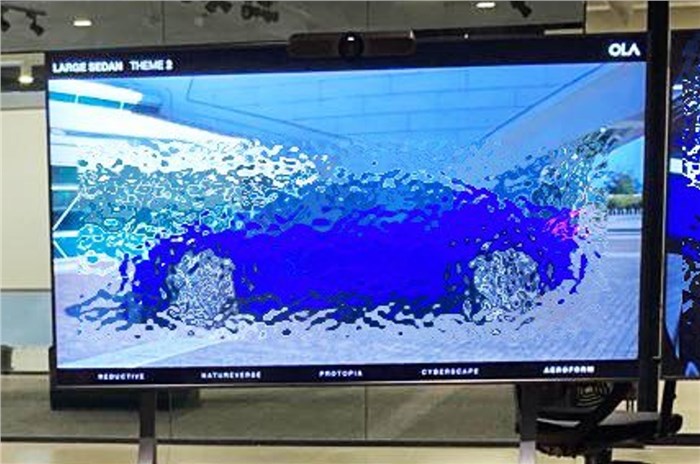 It has been well documented that Indian EV start-up Ola Electric, whose first product was the much-hyped S1 e-scooter, would be working on a four-wheeler next. While the initial belief was that the first Ola Electric car would be a compact hatchback for intra-city use, we have now learnt from an internal source that it will, instead, be a larger vehicle, most likely a large sedan. This information was recently corroborated by Ola CEO Bhavish Aggarwal, who tweeted an image of a few blurred design mock-ups.

It was Ola Electric itself that prompted speculation that its first car would be a compact one, when Aggarwal tweeted an image of a design rendering of a hatchback with the Ola badge on its nose (and its wheel hubs). The one-box hatchback appeared to have four flush-fitting doors, aero-optimised wheels, no door handles, a blacked-out roof and glass area extending to the nose, and an LED light bar spanning the width of the car.

However, the new image tweeted today reveals not one, but multiple potential body styles for the Ola Car. The main focus appears to be a blue vehicle, labelled ‘Large Sedan’ on the screen, while in the background can be seen two more design models, also blurred, that could be a hatchback and a crossover.

What we can also confirm from our source is that the first Ola Electric car will get a large battery, approximately 70-80kWh in capacity, and as a result, a long range. Much like the brand did with its S1 and S1 Pro scooters, it aims to lead on the range front with its electric car as well. 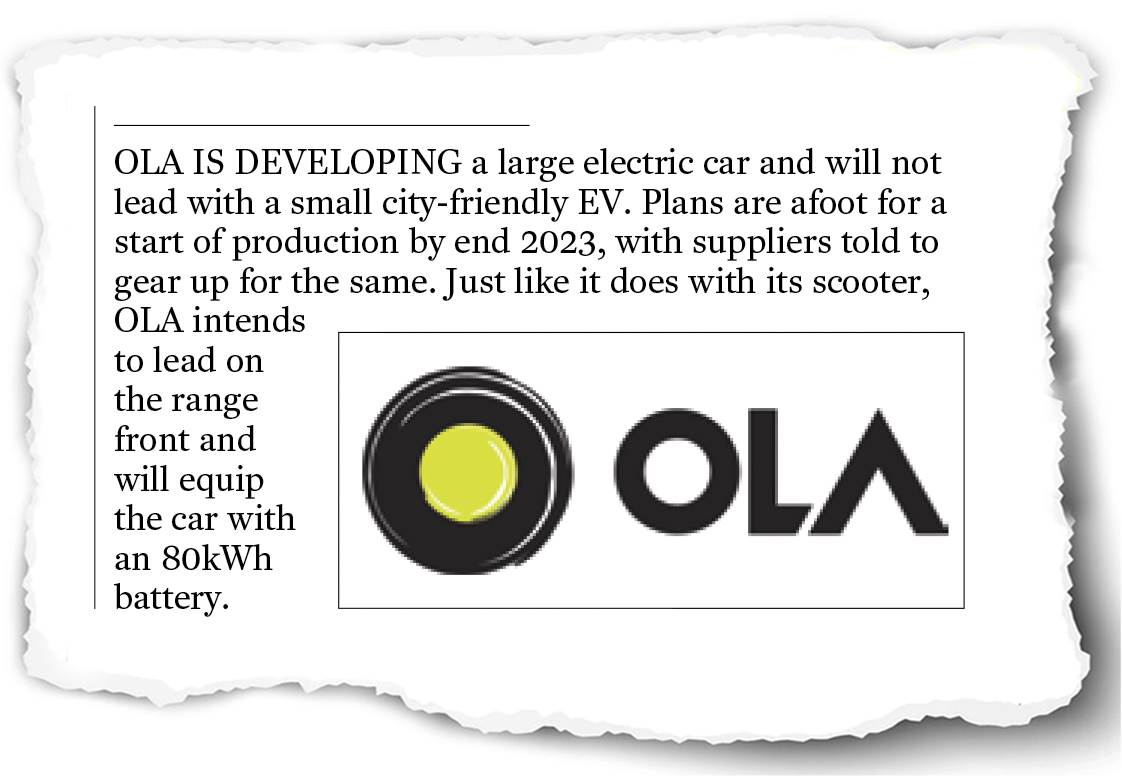 A battery of a 70-80kWh capacity is quite expensive on its own, and will largely contribute to the majority of the Ola Electric car’s price, so don’t expect it to come cheap. Given its application in a ‘large sedan’, we would estimate a starting price of no less than Rs 25 lakh for the car, but then you can expect Ola to wow buyers with a high driving range and the tech on offer inside.

Our source tells us that production is scheduled to commence as early as end-2023, which, for a car that has yet to be fully conceptualised, is rather soon. But then, as we have seen with the S1 scooter, Ola’s start-up approach to product development is quite different to a conventional legacy car or bike maker, especially when it comes to timelines.

Our recent visit to the brand’s Futurefactory in Tamil Nadu also revealed a bold approach to production, with the potential for high output in a short time period. Moreover, the facility showed the potential for great expansion, not just for additional scooter capacity, but now for the electric car as well.

How will Ola be able to bring this new large car to market in such a short time? There is the possibility that it could buy an existing platform, or ‘skateboard’, potentially from one of the many international EV start-ups that did not take off. Doing this would greatly reduce development time, but then another source also tells us that Ola is developing its own platform from scratch, to keep things truly localised.

For Ola Electric, which still hasn’t sorted out teething issues with its S1 Pro, jumping into the electric car market in the next two years is a bold step, more so if the first car is a large sedan. Manufacturing and selling electric cars is a different ballgame to electric scooters, and the jury will be out on whether this maverick EV start-up can pull it off and compete with the tidal wave of electric cars that will flood our market by the middle of this decade.

What do you think? Will the Ola Electric car cause as much of a disruption as its scooter did? Let us know in the comments section below.