Exclusive! Hyundai to reveal name of new hatchback on October 4 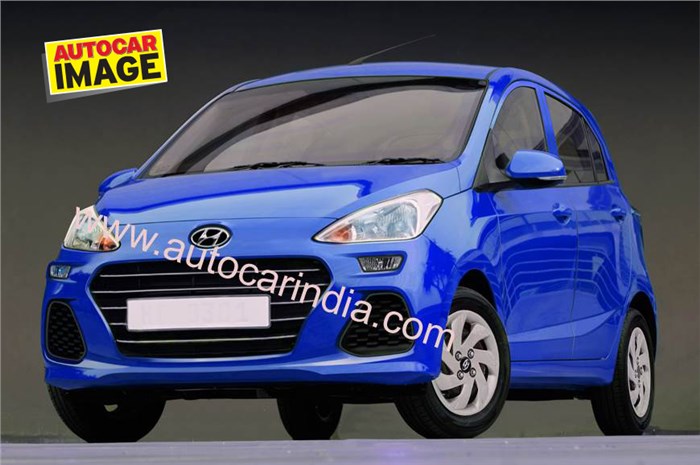 Budget hatchback expected to carry Santro name with a new suffix. Hyundai will launch a contest on August 16 inviting suggestions for model name.

Hyundai will reveal the name of its new small car onOctober 4, 2018, ahead of the model’s market launch in the last week of the same month.

Autocar India had broken the news of Hyundai toying with the idea of bringing back the Santro name for the budget hatchback, and it is now expected the new small car will be called the Santro, albeit with a suffix.

The 'Santro' name is understood to get a suffix, in the same way ‘Xing’ followed the moniker on the facelifted version of the original car. Hyundai will launch a contest on August 16 inviting suggestions for the model’s full name. Interestingly, Hyundai’s Korean compatriot Kia also ran a campaign inviting names for the production version of the SP concept that will go on sale in 2019.

The Santro is the car that established Hyundai in India and, even today, the name enjoys strong brand equity and recall. Christening the new model Santro has financial implications as well as it could save Hyundai big money that would have been spent on establishing an all-new nameplate. Autocar India has learnt Hyundai is planning a big bang launch for the new model and has earmarked a massive budget for its marketing campaign.

The new Hyundai will come in as a replacement for the Eon. Spy pics of the car spotted on test point to a high roof or tall boy design ( a la the original Santro). In true Hyundai fashion, the car is expected to boast a premium cabin in its materials and fit-finish. The model will be powered by an updated version of the Santro Xing’s 1.1-litre petrol engine with a BS-VI emission norms-compliant version of the unit being readied for 2020.The new hatchback will also be the first Hyundai to be offered with the option of an automated manual transmission based on a five-speed gearbox.

The small car will be a new offering in the budget segment that’s not seen much action of late. Rivals for the new model will include the Maruti Suzuki Alto K10 and the Tata Tiago.