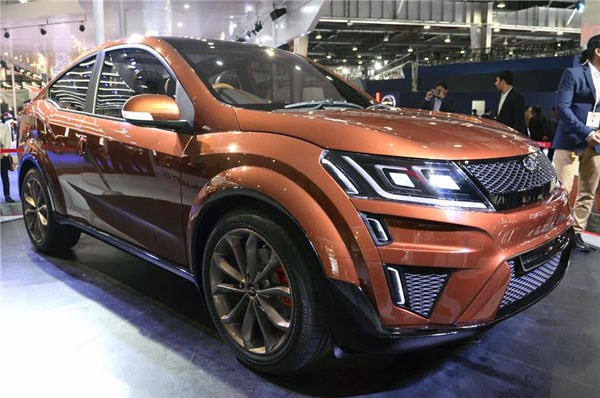 Mahindra is evaluating the launch of the XUV Aero, its SUV-coupé concept based on the XUV500 showcased at the 2016 Auto Expo as an electric vehicle.

"That (electric XUV Aero) is one of the options that we are investigating in right now. Our plans for bringing out the Aero also depends on the cost of the high voltage powertrain technology," said Pawan Goenka, managing director, Mahindra & Mahindra and chairman, Mahindra Electric.

"I don't think we can have three or four high-end electric vehicles because the market will not be very large, so we are deciding which is the right high-end vehicle for SUV. It could be the new product that we have talked about with Pininfarina, it could be the Aero but we will have one, maybe two high electric vehicle SUVs," Goenka said.

The XUV Aero could be equipped with a powerful 380V system that Mahindra is working on for larger vehicles such as SUVs and MPVs, and even a performance vehicle. At present, it has two systems – a 48V one and a 72V – doing duty in its vehicles.

The stylish concept, which came with a swooping roofline and suicide doors on one side, was equipped with the company's tried-and-tested mHawk diesel engine with power bumped up to around 212hp. However, an electric powertrain could give the Aero a bigger differentiator from the regular XUV and it would also fit well into the government's recent push for higher adoption of electric vehicles. The XUV Aero has been designed in-house but built by the Italian design house Pininfarina, an acquisition of Mahindra & Mahindra.

The carmaker today unveiled a technology and product roadmap for its next generation of electric vehicles, dubbed EV 2.0. Its next generation of electric vehicles will see the use of its new electric drivetrains developing power figures from 41hp to 204hp, a range of 250-350 km, a 0-60kph time of 4-5 seconds, and top speed of up to 200kph. Although not confirmed, the production Aero electric could receive the highest power output and range.