BMW X7 Concept to be revealed in September

The company’s largest SUV so far, with hybrid variants, would primarily focus on the US and Chinese markets. 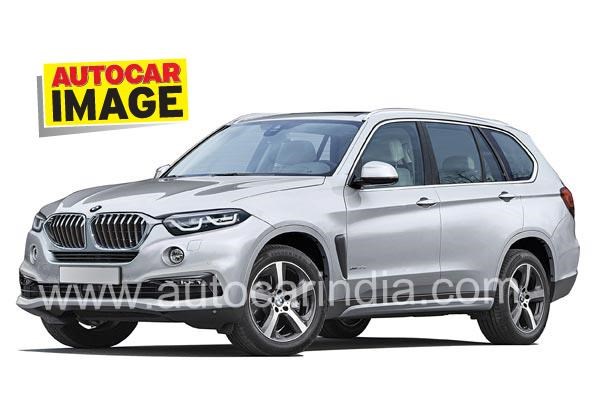 BMW looks all set to challenge rivals Mercedes GLS and Range Rover with its new X7, scheduled to be demonstrated to the public at the Frankfurt motor show this September, alongside the i3S, 6-series GT and the next X3. The seven-seat BMW X7, with a typical SUV body shape that has a spacious passenger cabin and flat-faced front end, is set to be the largest SUV produced by BMW so far. It will have the familiar BMW design features such as halo daytime running lights and kidney grilles. With three rows of seats, it will also compete with the likes of Cadillac Escalade and Lincoln Navigator.

Previously, it was believed that the X7 would be an extended version of the X5’s underpinnings, but Ian Robertson, head of sales and marketing, said many parts are actually bespoke. “If you put both cars next to each other, the resemblance is small in terms of wheelbase, etc. We’re not going to just extend the wheelbase; it’s a complete new panel cell.”

It hasn’t been confirmed yet which engine will be put into the new model, but chances are it will feature a selection of six and eight-cylinder engines, such as the 3.0-litre diesel in 30d, 40d and 50d guises and the twin-turbo 4.4-litre petrol V8 from the X6 xDrive50i. Robertson suggested that the engine of the new X7 will combine elements from a wide range of BMW models, instead of just the X5 and X6. He also hinted that some hybrid models will also be offered.

The BMW X7, in development since late 2015, is set to be built at the Spartanburg plant in the US. It was spotted being tested in Scandinavia wearing weights on its roof to replicate the higher centre of gravity in SUVs of the future.

Speaking to our sister publication Autocar UK at the New York motor show, Robertson said: “We will have some versions that are top-end luxury, as well as more mainstream versions. I can’t talk about pricing now, but given that this car will have all the technology and luxury of the 7-series, it gives you a pretty good idea of the price point we’re talking about.” This could mean that the range-topping X7 could go head to head with the likes of the Bentley Bentayga and Mercedes’ upcoming Maybach SUV.