The utility vehicle segment recorded positive growth while the passenger vehicle market on the whole continues to witness a slump. 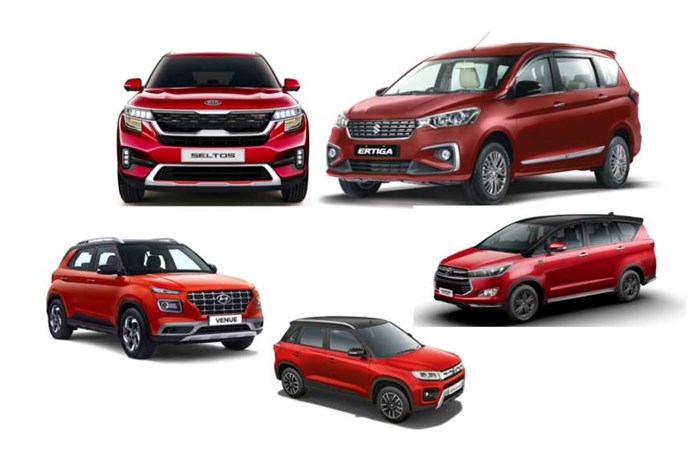 In a time of coronavirus, the country, industry, and the world at large are experiencing really tough times, and it will be many months before some semblance of normalcy returns. The Indian automotive market, which is witnessing a bloodbath on the sales front – 16,46,332 vehicles sold in February 2020 (-19.08 percent), and 2,04,98,128 unit sold between April 2019 and February 2020 (-15.85 percent) – will see even worse numbers in the months to come.

At 83,351 units in February (0.10 percent) and 8,94,441 units in the first 11 months of FY2020 (5.44 percent), UVs accounted for 33.13 percent and 34 percent respectively – proof enough how they are buffering what would have been even sharper sales declines. UVs, along with M&HCV buses, constitute the only two segments (out of 13) to be in the black, both in February, as well as between April 2019 and February 2020. Let's take a closer look at the specific UV models that are enabling this sales performance.

In its seven-month innings, the Seltos has been India’s No. 1 UV for four months – February 2020, January 2020, October and November 2019. What a sterling performance!

Maruti Suzuki Ertiga surprises with 11,782 units, its best in 11 months

In the year-ago period, the Ertiga had sold a total of 56,308 units, which means the MPV has recorded a 53 percent year-on-year growth; remarkable, considering the current market and consumer sentiment.

The Maruti Suzuki Ertiga, which was voted the 2019 Autocar Car of the Year, is an extremely, comfortable, versatile and user-friendly family car. With Maruti moving out of diesel in April, the company will be keen to see the petrol-powered Ertiga make gains in the marketplace. It looks to be doing that. Only nine diesel Ertigas were sold last month.

Once the unchallenged No. 1 on this list, the lack of a petrol engine, and the entry of the Hyundai Venue and Kia Seltos, have removed the wind from the Maruti Vitara Brezza’s sails. It didn’t help that the carmaker had confirmed its exit from diesel vehicles some time ago, which also dampened sales numbers. But the Brezza has now got petrol power and was launched last month. February 2020 sales totalled 6,866 units, with 6,848 of them being petrol, and only 18 being diesel.

Suzuki’s K15B 1.5-litre petrol engine takes the place of the original Vitara Brezza’s 1.3-litre diesel, as part of Maruti’s larger plan to withdraw diesels from its line-up by April 1, 2020.

Recently, the Maruti Vitara Brezza drove past the half-a-million (5,00,000) units sales milestone in the domestic market, a story broken by our sister publication, Autocar Professional. Cumulative sales of the game-changing SUV, launched on March 8, 2016, now total 5,18,807 units till end-January 2020; 47 months since the model’s launch.

In February, Toyota Kirloskar Motor said that 9,00,000 units of the Innova have been retailed since the first-gen model launched, back in 2005 – its sales have regularly contributed to over 40 percent of the segment’s total sales. In February 2020, the Innova Crysta logged one of its highest segment shares since prices for the second-gen model were revealed in 2016 – Toyota’s MPV accounts for 52.91 percent of total segment sales.

At the beginning of this year, Toyota India introduced the BS6-compliant Innova Crysta, which saw the 2.7-litre petrol engine and 2.4-litre diesel engine upgraded to meet the new norms. This also meant that the 2.8-litre diesel was discontinued from the MPV’s line-up. Due to the update, Innova prices also increased by about Rs 11,000-12,000, depending on the variant. Shortly after, the brand introduced a limited-run Toyota Innova Crysta Leadership Edition, priced at Rs 21.21 lakh.