Michael Perschke, CEO of Automobili Pininfarina, says the polarising design of Tesla’s pick-up truck is only meant to get the world talking, and bets the production model will look nothing like it. 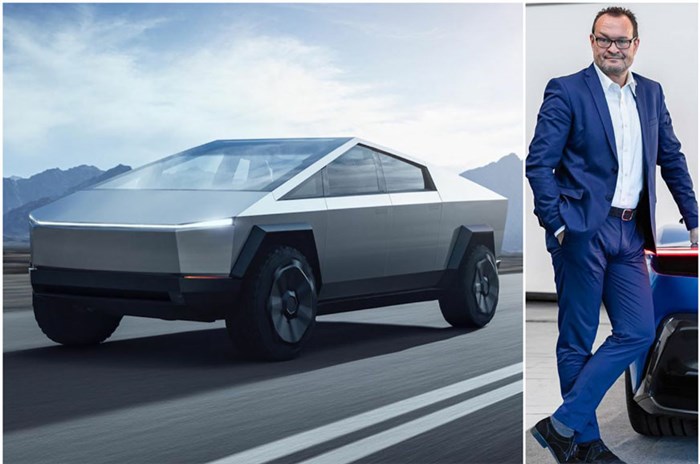 It came as no surprise that the Tesla Cybertruck's unveil event yesterday attracted attention from all over the world – who can look away when the enigmatic Elon Musk is on stage? However, the unveil of the Cybertruck attracted even more attention than you’d expect for two reasons – the 'armoured' glass shattering in a failed demonstration and, of course, because of how the Cybertruck looks. Tesla’s pick-up was turned into a meme and trended worldwide on Twitter all day. Scores of people found the Cybertruck’s appearance unpalatable, and now, the pick-up's design has drawn sharp remarks from a prominent figure in the automotive industry.
In a frank and elaborate post on his social media, Michael Perschke, CEO of Automobili Pininfarina, labelled the design of the Tesla Cybertruck unveiled on November 22 a 'PR stunt'.
“Here is my bet: the shown Tesla truck will not look like this – it is a PR stunt to maximise the viral effect and by polarising and thereby getting even more PR mileage”, said Perschke in his post.
Looping EV manufacturer and Tesla rival Rivian (and its founder RJ Scaringe) into the conversation, Perschke said the team at Rivian has “better taste” for making beautiful pick-up trucks. For the uninitiated, Rivian has unveiled the R1T pick-up truck as well as the R1S SUV. Also worth noting is the fact that Automobili Pininfarina will use Rivian's skateboard platform for its upcoming SUV, the PF1.
But Perschke didn’t stop there. He went on to promise a “free test drive” of the Pininfarina Battista electric hypercar if the production-spec Cybertruck looks like the one showcased at the unveil, though it’s unclear if Perschke is addressing Musk with this bet.
Concluding his post, Perschke suggested Tesla “ask Pininfarina to help” it design a more beautiful pick-up truck. Shots fired indeed, and we’ll wait and see if Perschke and Automobili Pininfarina decide to take on Musk's radical-looking Cybertruck with a luxury, electric 'hypertruck' of their own.
Do you agree with what Michael Perschke had to say about the Tesla Cybertruck's looks? Let us know in the comments.