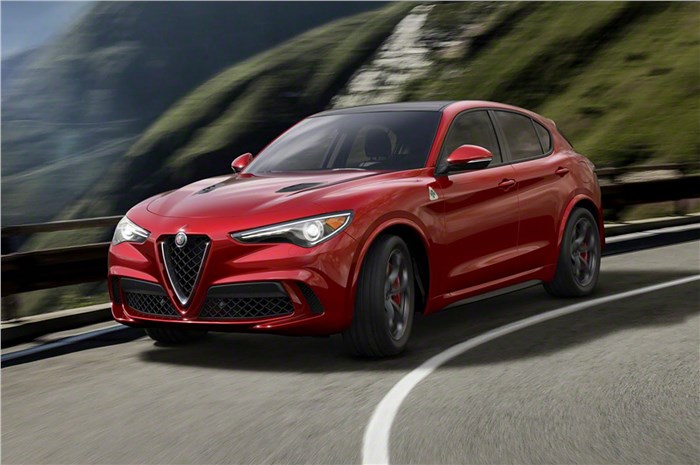 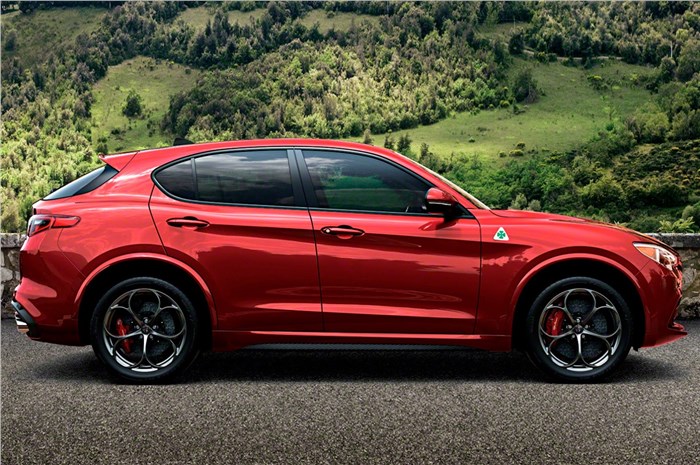 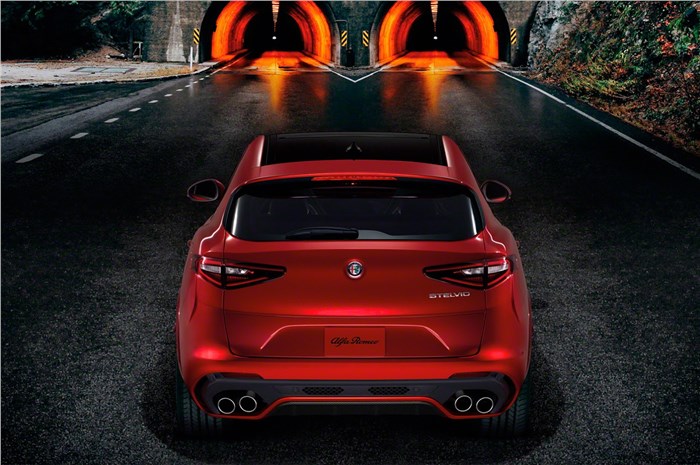 Alfa Romeo has revealed its new Stelvio SUV in a hot Quadrifoglio guise at the LA auto show.
The all-aluminium bi-turbo 2.9-litre V6 engine found in the Giulia Quadrifoglio powers the new Stelvio Quadrifoglio. The engine produces 510hp and 600Nm of torque. However, unlike the Giulia, the hot Stelvio will be offered only in all-wheel drive, with Alfa Romeo’s Q4 system coupled with torque vectoring for the first time. The Q4 system sends 100 percent of torque rearwards in normal conditions, but can divide between the front and rear up to 50/50. The all-wheel-drive system is standard across the range in the US. But Alfa Romeo hasn’t confirmed if this will be the case in other markets.

An 8-speed automatic gearbox is fitted, and has been tuned to shift gears in 150 milliseconds when Race mode is active. The driver can also shift gears using steering-column-mounted aluminium paddles. Alfa Romeo is offering the Stelvio Quadrifoglio with four drive modes - Dynamic, Natural, running-cost-friendly Advanced Efficiency and performance-oriented Race modes.

Alfa Romeo has also confirmed that the Stelvio range will get a 2.0-litre petrol engine, which can produce 280hp and 400Nm of torque. This early confirmation suggests that the Stelvio will get a Veloce spec to sit underneath the Quadrifoglio; that engine is also used in the Giulia Veloce. The carmaker hasn’t confirmed any other engines in the range, but an Alfa Romeo source has confirmed to our sister publication Autocar UK that the 2.0-litre petrol and 2.2-litre diesel engines from the Giulia will complete the range.

Specs will more than likely mirror those of the Giulia, with the base-spec car taking the name Stelvio. The next-up spec will likely be the Stelvio Super, followed by Technica, Speciale, Veloce and Quadrifoglio. In the US, the car will get a Ti spec, which gets 19-inch alloys, while the 6.5-inch infotainment system gets enlarged to 8.8-inches.

The Stelvio will share parts with upcoming Fiat and Jeep medium-size SUVs and use the same basic structure, although engines and transmissions will differ. Alfa Romeo claims that a perfect weight distribution has been achieved, partly with its use of carbon-fibre on the driveshaft, and carbon across the bodywork and many mechanical components.

The Quadrifoglio model is marked out by bodywork upgrades, including carbon-detailed side skirts, more aggressive bumpers and wider wheel arches. A rear spoiler sits atop the boot lid, which is claimed to be aerodynamically beneficial rather than merely aesthetic. There’s also a set of intercooler vents at the front which are specific to the hot model.

The first units of the Stelvio Quadrifoglio are expected to reach dealers in the US sometime in mid-2017. When launched, the car will compete with the likes of the Porsche Macan and Jaguar F-Pace.

The Stelvio could later be joined by two more SUVs - one smaller and one larger - as well as an estate version of the Giulia, and a BMW 5-series rival, in a nine-car model offensive by 2021.